On The Pere Marquette With Dad

I can count on one hand the number of times that my dad has gone fishing with me.  He's always said that he didn't have the patience for it and I didn't really get into fly fishing until I was away to college which meant I was out of the house and away.  On trips home we golf together which is something that I always look forward to but fly fishing has always been my thing.

As the trip home to Michigan approached, I gave him a call to see if he wanted to ride shotgun in the drift boat for a day on the Pere Marquette with Steve Martinez and I.  He took the day off work and was at Steve's house at day light pulling on a pair of borrowed waders and boots ready for a day on the river. 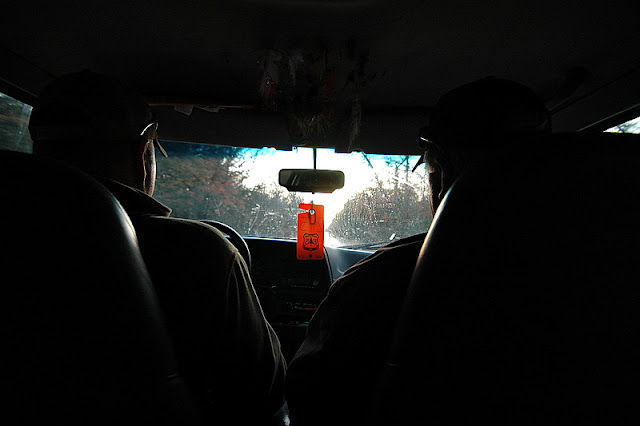 I was completely satisfied with the experience from the day before and really didn't care if I fished at all.  This day was all about getting my dad onto a few fish.  My intent was to sit in the back of the boat, let Steve work the sticks, and take it all in with my camera in hand.  With the significant rain from the day before the water was up a bit and stained but nothing to worry much about.  Steve decided that M-37 to Green Cottage was the best option for the day and we were on the water not to long after the sun was peaking through the trees.

Dad was a quick learn casting and drifting nymphs under an indicator.  His morning was spent getting a few bumps and misses along with catching a good sized rainbow.  Late morning he fought a large steelhead to the boat several times before the buck tossed the hook before Steve could get him in the net.  Damn.  Dad was bummed about the steelhead coming unbuttoned but was beginning to understand that it's all part of the game.  We moved on down river to a long gravel flat that Steve suspected held fish.

With dad in the front of the drift boat high sticking the head of the run, I got out and started swinging a sharp looking pattern that Michael Decoteau had tied for me.  I was casting more than fishing and still dialing in the motion of the Scott Fiberhammer to get it right.  Swing.  Downriver step.  Swing.  Downriver step.  Swing.  Thump. Thump.  Big bend.  Steelhead number two on the swing.  I had engaged both the pawls on the J.W. Young clicker reel and it made all the difference in slowing the fish down.  Between being able to leverage the fish along the full length of the Fiberhammer and having an enough drag from the reel I was able to move the buck to the net without to much trouble.  One steelhead on the swing the day before was steller but I just couldn't stop smiling after number two.

After a few photos and releasing the steelhead, Steve started slowly walking the drift boat down river with my dad still working the run with his double fly indicator set up from the front of the boat.  The indicator dropped and my dad set the hook on what he thought was a steelhead.  After a several minute fight ended, a brute brown trout was found in Steve's net.  What a great and unexpected catch.

We continued down the river and Steve lit the small propane grill.  Lunch was one part "Steve" with homemade pasties and one part "Martinez" with homemade tamales which he warmed up while he maneuvered down river.  After a filling lunch we continued on our float and stopped at a location that we had seen and caught a few fish the day before.  Dad ended up catching a small steelhead but he was still muttering that he wish he had caught the first steelhead that he had fought that morning.

Before I really expected it, we were the Green Cottage and Steve went to get the vehicle and load up the drift boat.  What Steve found was an empty parking lot and after a call to his spotter, figured out that there was a mix up and the rig had been left at Gleason's Landing.  Oh well.  Three more miles float on a beautiful river on a bluebird afternoon with another chance or two at a fish.

Steve stayed steady on the oars all the way through the float but asked as we approached the spot where we had caught a few steelhead the day before if we wanted to take the time to stop.  My dad was silent but I knew what he was thinking and told Steve that I really wanted my dad to have a chance at hooking another big steelhead before leaving.  Steve anchored in the middle of the river and my dad sent his first cast tight against a tree which was half in the river.  Drift.  BUMP.  Missed take.  Oh well.  Dad cast again and as it drifted again near the tree the line went tight and he was onto a solid steelhead which took off downriver.  Steve slid out of the boat with net in hand as dad continued to fight the good fight and I snapped images while coaching from the back of the drift boat.  This was a lot of fun to watch unfold moment by moment.  After a few minutes battle Steve netted the steelhead and my dad just smiled back at me.  A few quick snaps of the camera and Dad's fish of the day was back in the water.  The day was now complete. 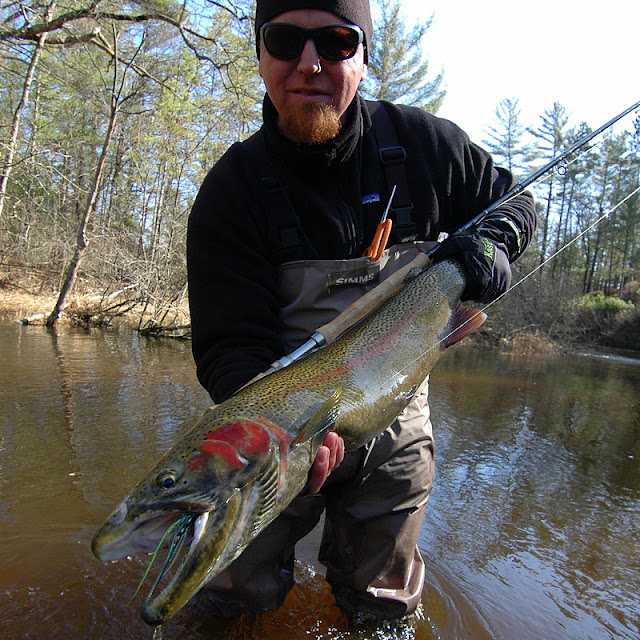 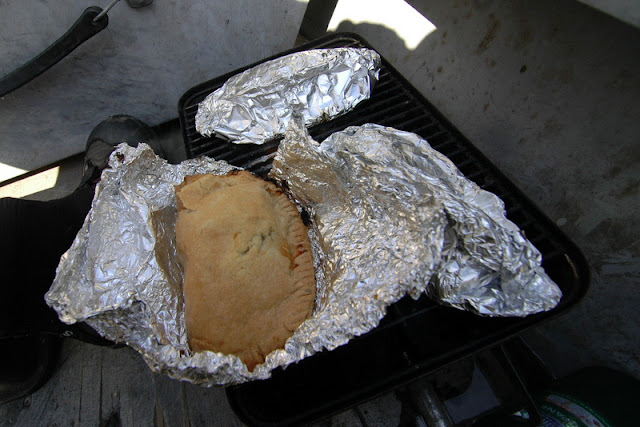 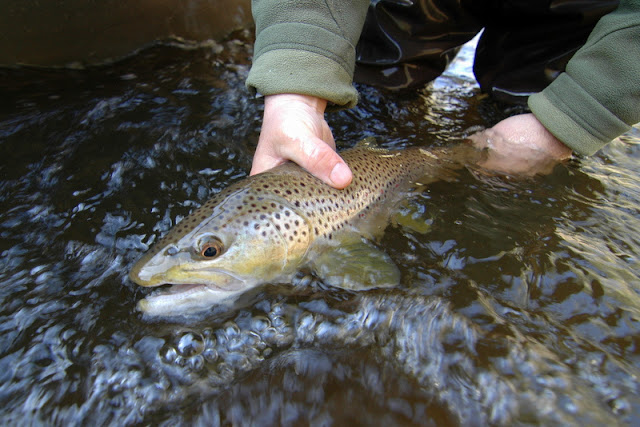 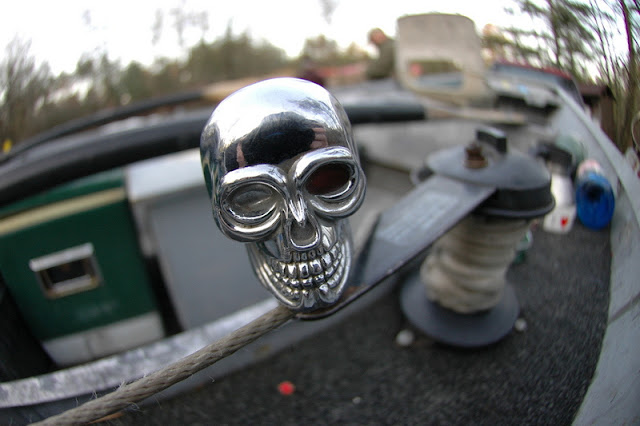 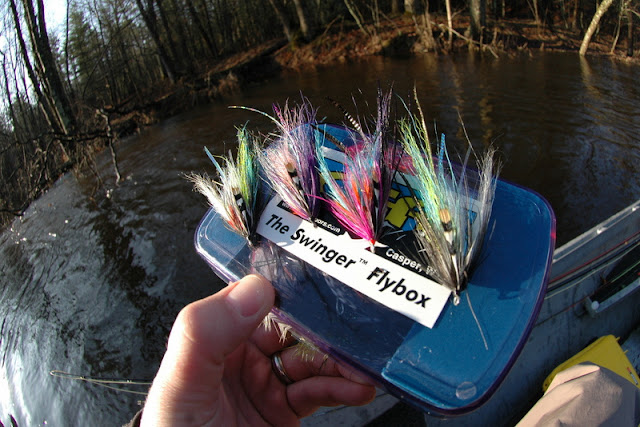 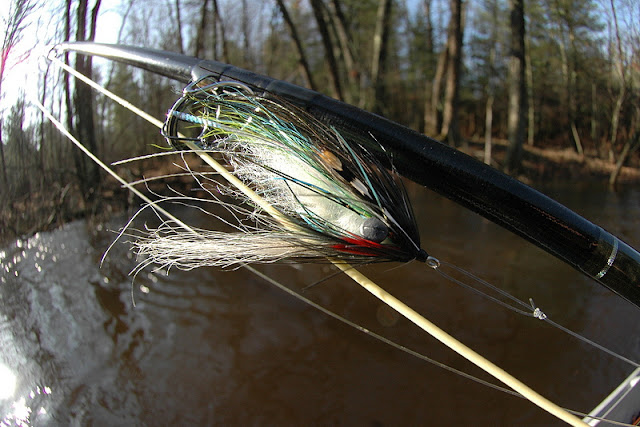 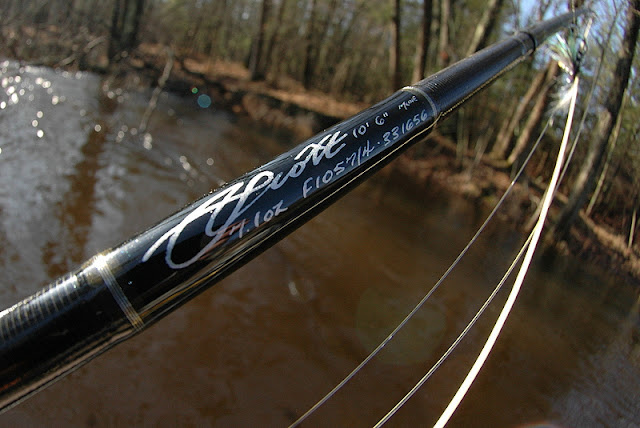 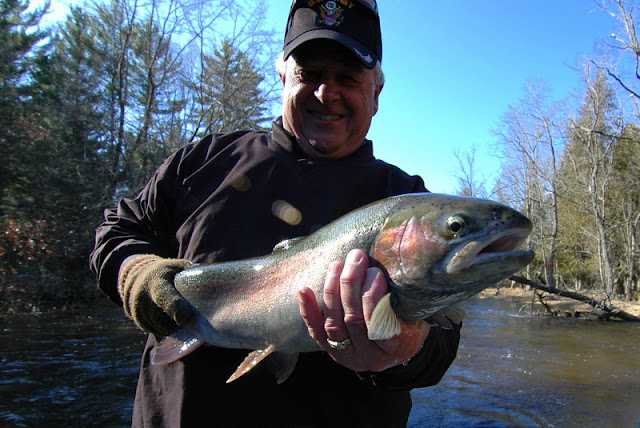 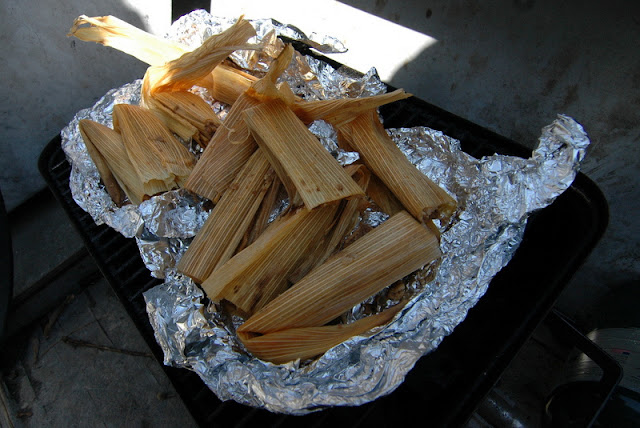 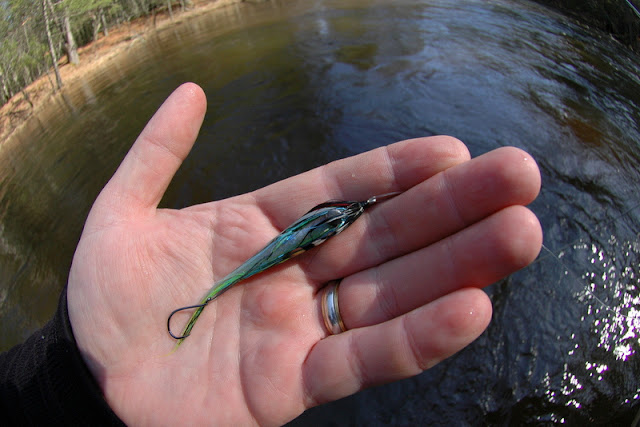 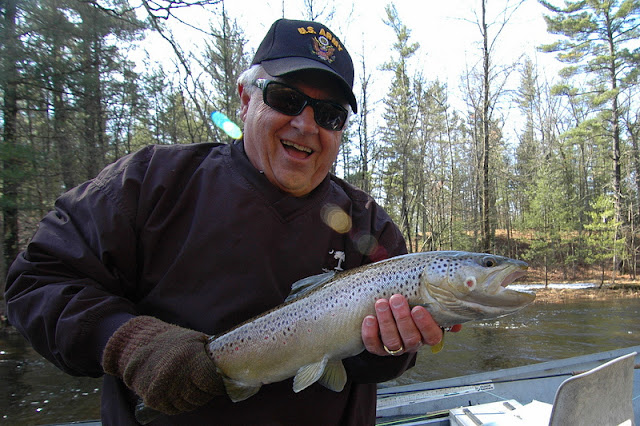 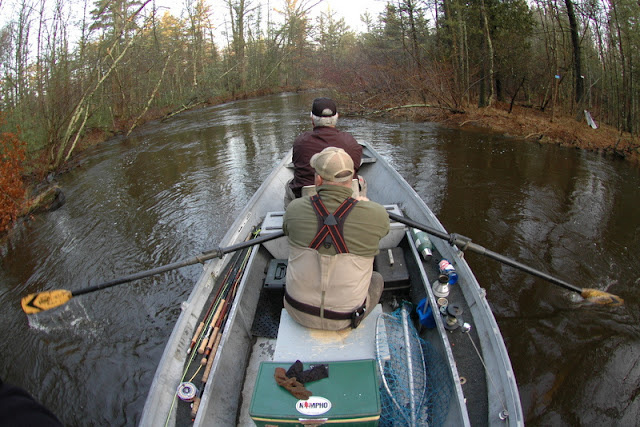 For more information on how to fish with Steve check out the Indigo Guide Service and Pere Marquette River Guide websites.  Follow along on the Third Coast Fly blog and Facebook page as well.
Posted by Cameron Mortenson at 1:00 PM

There's just nothing like fishing with dad. I wish I could get my dad out on the water again, pretty doubtful. I'll just have to hang onto all the great memories of trips gone by. Great story and awesome fishing there!

Glad you got the Old Man on the river. I was lucky to have a fly fishing Old Man. Countless days of fishing together. I only wish we had had more.