Scenes From The Pere Marquette - Part 1

The conversation for this trip started a couple of months ago with a text message from Steve Martinez of STM Outfitters and Indigo Guide Service saying that if I had some time in December to come up and see him for a few days of steelhead.  Tough doing since December, with family and work, is a really tough time to be away and pretty much wrote off his text as something I just couldn't swing.

The next day photographer friend Robert Yaskovic sent a text message saying he really needed a trip to look forward to and that his birthday was coming up in December.  Weird coincidence, eh?  I locked a few days in with Steve, apologized to my wife, rearranged a couple things at work, found a plane ticket on the cheap, set up a car rental and lodging at Batcke's Baldwin Creek Lodge, and we were set for the trip but for the waiting and more than a few disapproving comments from my wife and children about being gone around the holidays. 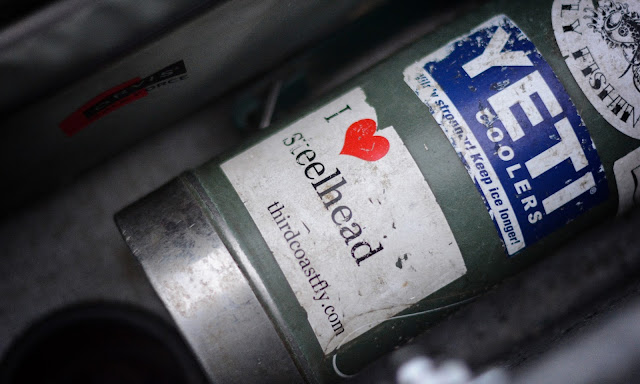 Rob had never been to Michigan and a few days on the Pere Marquette was a good primer on what it's all about.  We spent the better part of four days in Steve's new Stealthcraft doing it the hard way swinging flies.  We didn't really catch to many steelhead but we both swung up a pike the first afternoon out which was a neat surprise.  There was however a bit fair bit of talking trash, eating good, and having a few beverages on the water and off.  It was certainly not a bad way to spend a few days.

We both went with fiberglass switch rods for most of the trip with the Swift Fly Fishing Epic DH and Echo Glass Switch seven weight and each fly rod was matched with a vintage J.W. Young click and pawl reel with a skagit head and sinking line to get those swing flies down deep in the run.

Here's a mix of images from the first couple of days on the water.  I'll clean up another group of photos in a couple of days for the second post.  Click any image to view in a larger format. 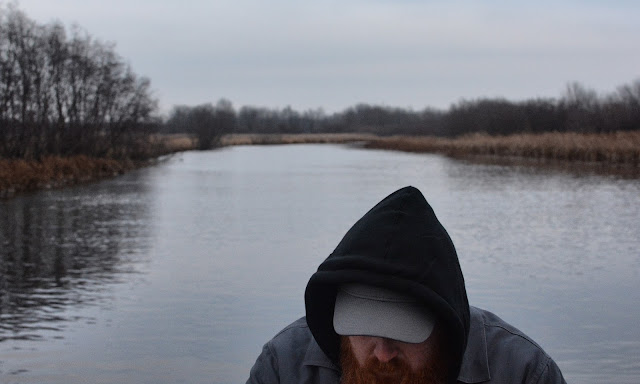 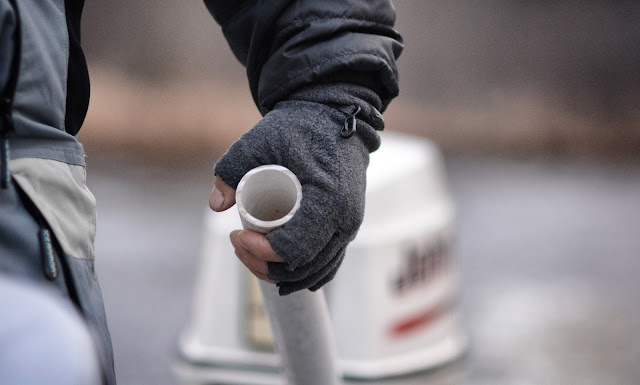 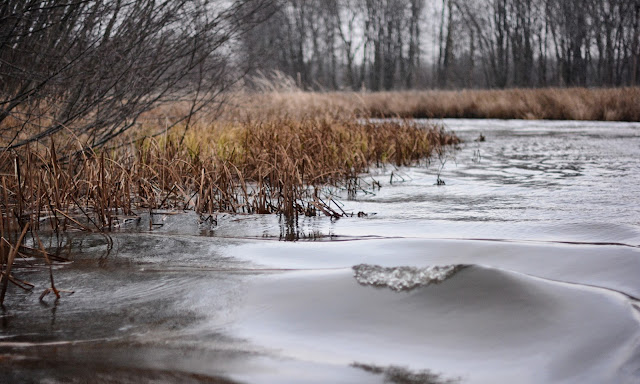 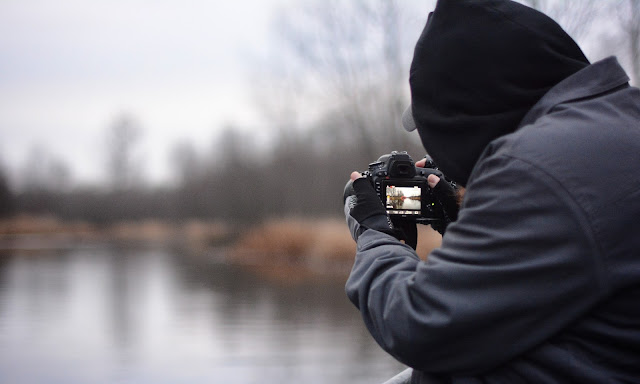 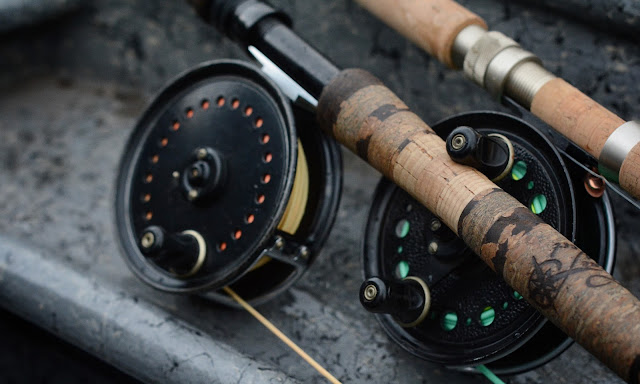 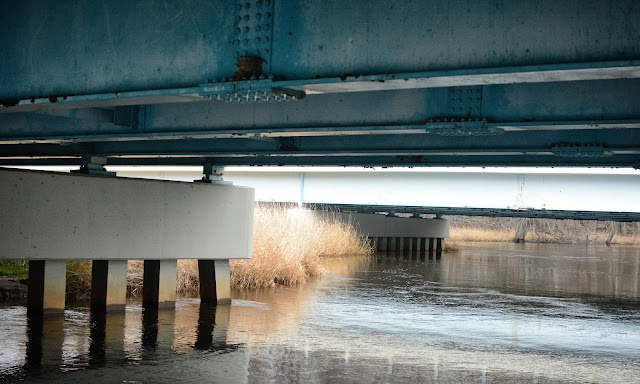 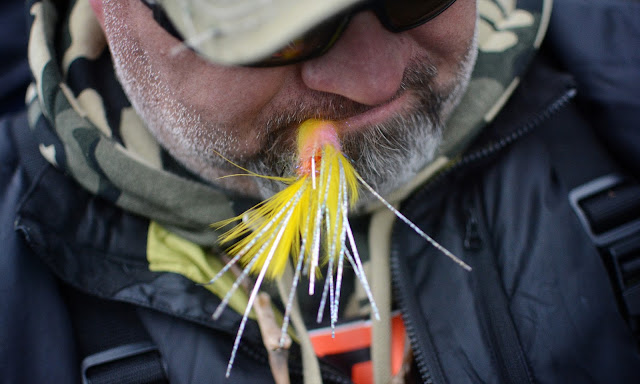 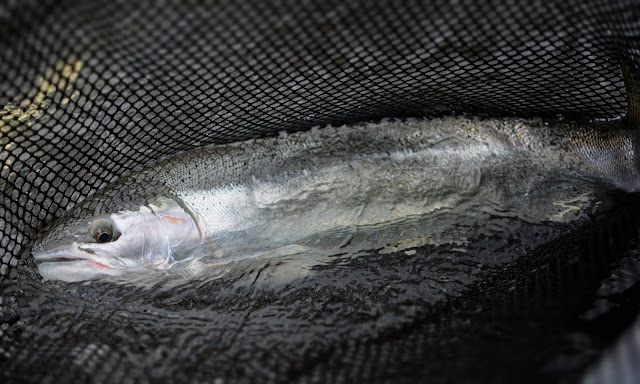 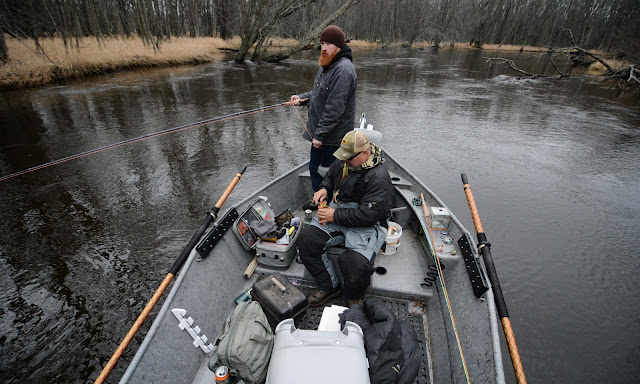 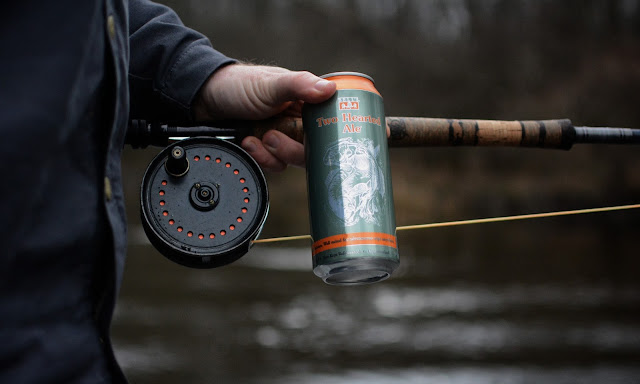 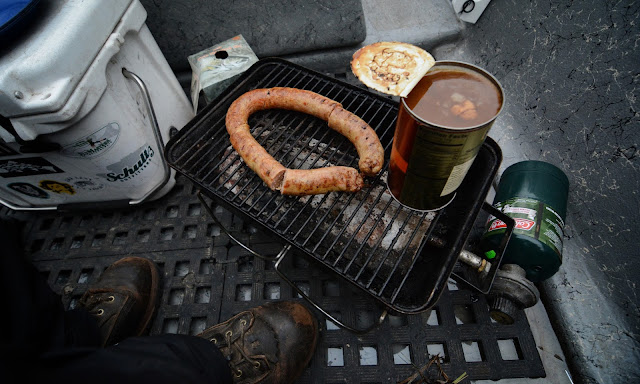 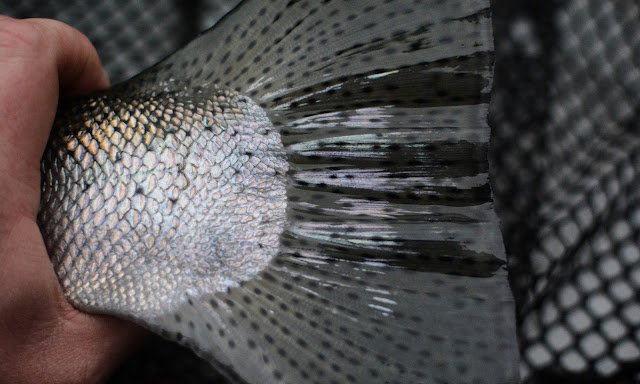 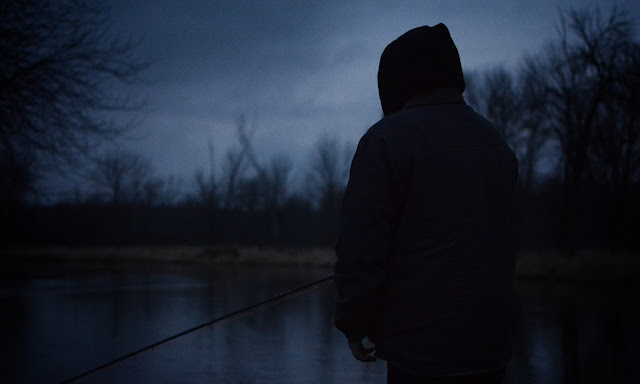 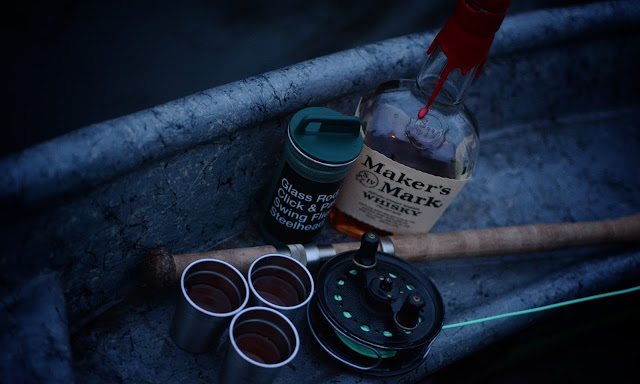 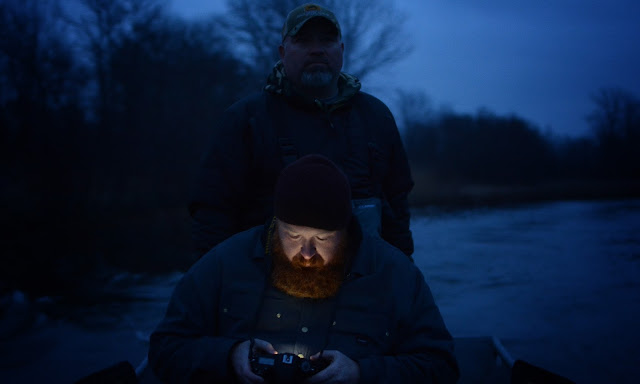 I'm finding with my trips lately that going fly fishing with professional photographers is a great way to really feel like shit about my own photography.  I will say that I learned more than a few things on this trip and had a good time playing with a couple of Rob's fixed lenses too.  You might notice that I broke my prime lens focus for the year by using my wide angle a few times (it's hard not to in a boat) but I typically went right back to my f/1.8 35mm.  It's been a fun habit shooting only with primes lenses this year and I know that my photography has been better for it.
Posted by Cameron Mortenson at 6:00 AM

You're better than most, brother. Rob's instagram feed is equal parts amazing and frustrating. How he frames the everyday is awe inspiring.

OBIF...I'll take "you're better than most" when I'm hanging out with legit photogs.

Hi Cameron, I saw your post and immediately texted Steve for a trip. We float the 26th! Thanks and Merry Christmas!

Great shots Cameron - thanks.
I love the cold, grey feel and the natural look of the shots.
So much of what we see in on-line photos is pumped up to the point of comic book. It's a nice change of pace.
Cheers.

David...have a great time on your trip.

David...thank you, Sir. If there is one thing that Michigan has in the winter, it's a constant cold grey feeling. For awhile now I've tried not to over filter my images. A little contrast here and there and that's about it.