I had hoped to post this review a little earlier but the month has more or less gotten away from me. I'll say first that after weeks of heavily praising the Tenkara Ayu rod that when I placed my order on the Tenkara USA website I sincerely thought I was ordering a niche rod that I'd have little general use for but would be enjoyable on some water sometimes. I was wrong. 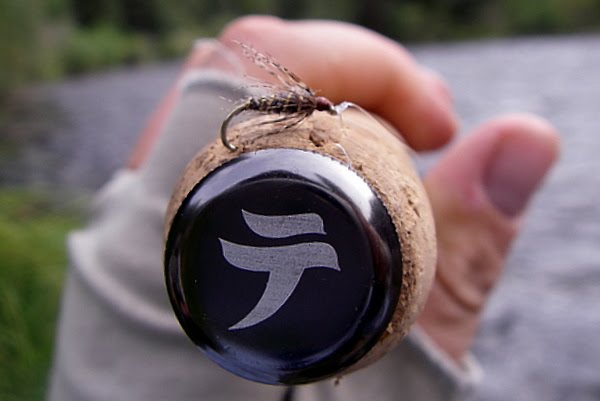 For two days on a recent trip to Colorado I fished the Tenkara Ayu (13 foot/5:5 flex ratio) on the Taylor River and Arkansas River. Over that time I ran the Ayu through it's paces tossing little dry flies, hopper/dropper rigs, double midge nymphs, large nymphs under an indicator, and finally swinging soft hackles through the riffles.

I was pleasantly surprised but the Ayu did it all with ease. Honestly the length of the rod is forgotten since it is light in your hand but ends up giving you incredible reach and control of your flies. 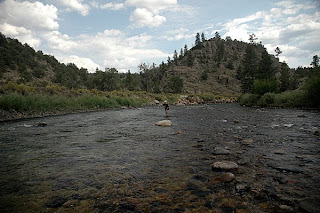 Fighting a fish on the Ayu is quite exciting and you have more control than you'd expect for a rod without a reel and excess line. Though I did not play any fish over fourteen inches, the Ayu had more than enough backbone and flex to safely fight fish to hand. 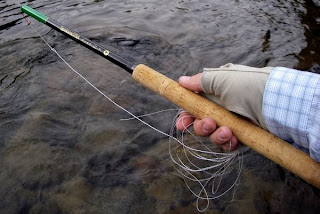 The Tenkara system is nothing sort of the prime example of simplicity. A fly rod that collapses into itself. A furled line housed on a small plastic spool when not in use. A small fly box and tools and you're set with the most minimalist of fly outfits.

If you've done the math you're dealing with a rod that is at most thirteen feet long and a furled line with tippet that might make your reach twice that. Some would look at this as a limitation of Tenkara. I look at it as a unique challenge. 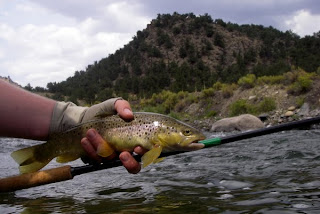 While fishing the Arkansas River I had to wade slowly and pick and chose how I was going to approach each riffle or run. This was gin clear water and under full sun of midday these fish would certainly see and hear me coming if I crashed up the joint. It's funny but when you can't bust out a forty or fifty foot cast it really makes you think about what you're doing.

Finally, on one hand Tenkara takes you back to a limber willow stick and string and on the other it's really quite revolutionary in it's simplicity and function.

The Ayu will not be the last Tenkara that I add to the collection.
Posted by Cameron Mortenson at 8:00 AM

Nice review. Curious, how did you find the casting? Same general motion?

Also, what about actually bringing the fish to hand? Saw you had the 13 footer, is a net necessary to prevent the fish from flopping around on the rocks?

The casting was very similar to much of the glass that I fish since the 5:5 has a wonderful flex to it. This is a fly rod...no doubt about it.

Landing fish was easy with a net or by hand. No reason to beach them on the rocks. Lift the rod up and grab the line with one hand and cradle the fish with the other.

I have the similar question too. I am guessing as soon as the rod is not too stiff, you are not in the position of "high sticking" and in the danger of breaking the tip. I have done highsticking to my 13' two handed rod and it broke into 3 tips.@@

The other question would be what x tippet you have confident to grab it and not break it? Do you think a net would be easier or just use heavier tippet? : )

Mark...I think you'll be surprised how much flex, yet control, the tip of the Ayu has.

As far as tippet it is recommended that you only use tippet up to 5X with these rods which means that the tippet will hopefully break before the tip or other part of the rod will.

I think the 5:5 ratio certainly does it's part to protect tippets.