A couple weeks before leaving on a trip to Montana this past October I was able to borrow a demo Tundra Tech Pack from Fishpond.  I figured a week away and on the water would be a good assessment of this pack system.

My criteria for a fly fishing backpack isn't that it will just be good on the water but it also has to pass the test of the airline carry on, be road trip worthy, and last minute trip ready as well.  Over the couple months that I had this pack it passed all the tests.  It is comfortable and has tremendous capacity for the backcountry angler. 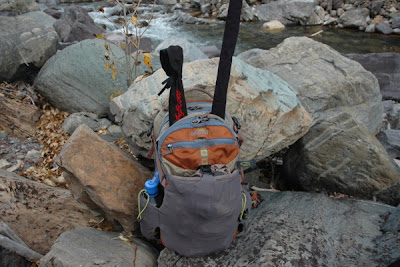 The rigid internal frame of the pack is smartly designed with foam padding in all the right places for comfortable wearing and has a squared off bottom which maximizes interior space.  It was just as easy to pack the laptop and a stack of magazines for the flight to Montana as it was a pair of wading boots for the hike into backcountry in the large main compartment of the pack.

Measuring in at over 1,500 cubic inches and with a price tag of $240.00 the Tundra Tech Pack might be to much for a routine day on the water for most but for those that put a few miles between their vehicle and where they first cast a fly should seriously consider this pack.

On our day into the backcountry the pack was loaded down with two fly rods and reels, waders and boots, four fly boxes, a gallon size zip lock bag of accessories, a full size DSLR, small video camera, hat, gloves, large water bottle, wading staff, and a few other items as well.  It was a tight fit (the waders and boots took up a lot of the real estate) but the pack was comfortable to wear on the trail and then the entire afternoon on the river as well. 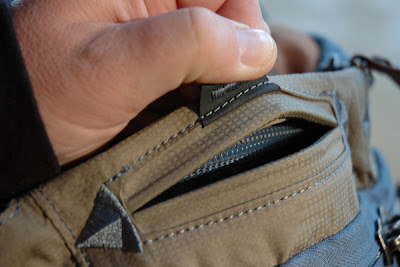 One of the highlight features of the pack is the rod tube system that allows the secure carry of two travel rods in their socks or tubes.  The slits are held together by magnetic closure.  Inside the pack wall there are two fabric sleeves which hold the fly rods in place and keep them protected from the other gear within the main compartment of the pack. 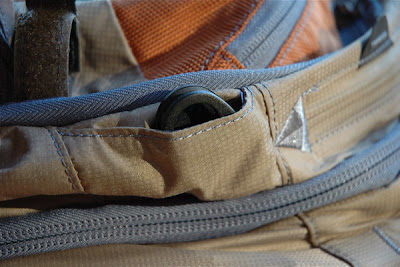 Another feature that impressed me is that all the plastic connections are recessed into the pack so that if you were not using the included Deep Creek Chest Pack then the connections are tucked into their place and there is no worry about catching your fly line on them.  I also noticed that anywhere a length of nylon compression strap would be hanging off the pack that there was an elastic band to fold the extra length into to keeping it from grabbing fly line as well.  This all creates a cleaner looking pack and you don't have straps and plastic pieces dangling off every side of the pack. 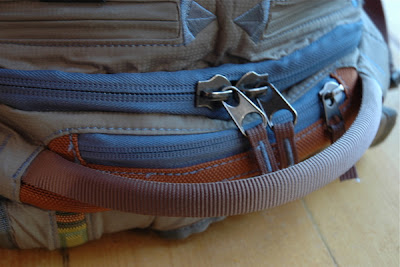 The carry handle which is sewn in on top of each side of the pack is comfortable in your hand and distributes the weight of the pack evenly.  There is also a good sized fleece lined pocket on the top of the pack which was great for keys, cell phone, and other small items. 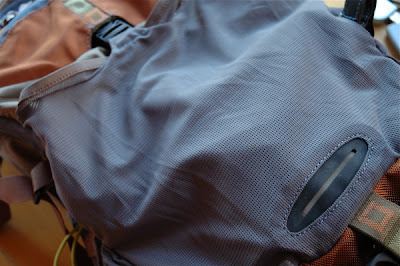 On the outside of the pack there is a large stretchy pocket that worked great as a catch all. The pocket was big enough to carry a rolled up pair of waders but also handy later in the day for fly boxes or to stash my DSLR camera when not in use. The same stretchy material is used in the two large side pockets which held a large Nalgene bottle without issue. 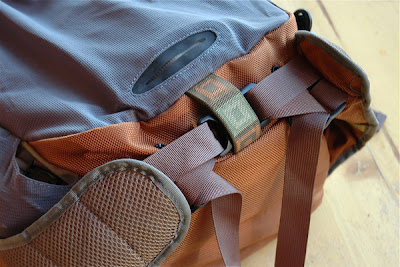 A lot of thought has gone into where straps and loops are on this pack and I was surprised to find that consideration was also given that not everyone likes to have the waist straps around them all the time. The waist straps can be pulled around the pack and snapped together through the loop on the back of the pack which keeps them out of the way. 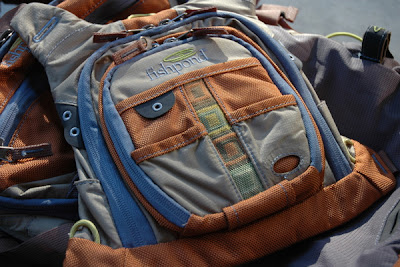 The Deep Creek Chest Pack, which is full of pockets large and small, can be worn on the front of the Tundra Tech Pack or snapped to the back of the pack as well to keep it out of the way while hiking. 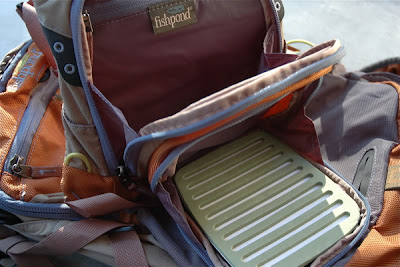 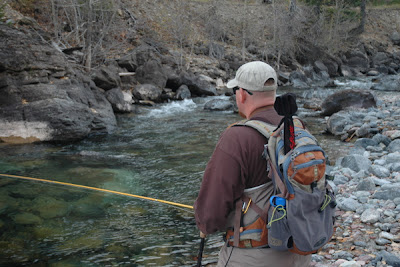 Anglers that regularly trip into the backcountry will find the Tundra Tech Pack system to their liking. I had a hard time sending them one back after the demo since it really worked well in all respects, is sharply designed, and looks good too. This pack easily transitioned from airline carry on, to fly fishing use, and even came in handy on a couple weekend road trips as well.

Check out the Fishpond website for more information.
Posted by Cameron Mortenson at 9:00 AM

Very nice (& thorough) review. I'm a Willie Joe guy, but even I have to admit that Fishpond bag looks sweet. Love to see the bar getting raised.

troutrageous...of course I'm a William Joseph fan too but it's neat to see what else is out there and kick it around.

$240 (+ tax and/or shipping) is a LOT of dough for a fishing vest but your thorough review and two gracious emails sealed the deal for me. A couple of additional things. I don't have to transfer basic gear between a boat bag and vest for wading. The Tundra system works nicely in my Water Master where I clip the detached chest pack into the gunnel so it's in easy reach but not interfering with the PFD I always wear or rowing. I put the backpack into a mini milk crate to keep it out of the bilge where it has been Very water resistant in two downpours. And if do want to carry only lunch, water, and maybe a couple of extra fly boxes but not the backpack, I can use the chest pack with any waist pack. The Tundra Tech Pack is over the top.

Brian...glad to hear that the Tundra Tech Pack is working out for you. Interesting that you're using it in the Water Master as well.