I had hoped to send daily dispatches from Beaver Island but the internet situation so far has been iffy at best with borrowing an open signal across the street that keeps dumping out and then my iPhone which has a single bar at best. Oh well.  A quick post is better than no post at all. 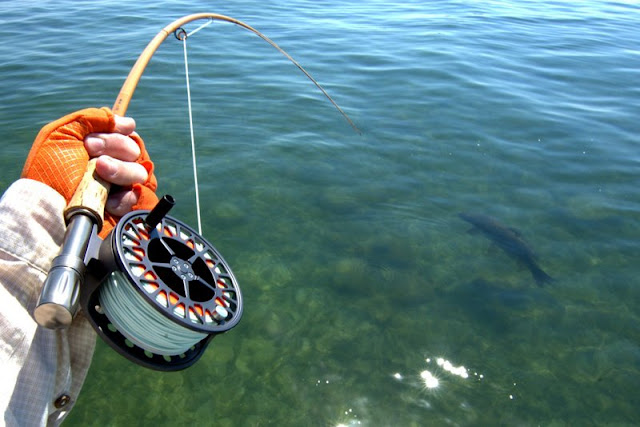 I thought I'd post up just a few photographs from the first two days.  Overall everyone has done really well and we're seeing a lot of carp in the clear water along with smallmouth cruising around as well.  The smallmouth season is closed until July but it's inevitable that that one will jump out from a rock and gobble up the fly before the carp has a chance to see it. 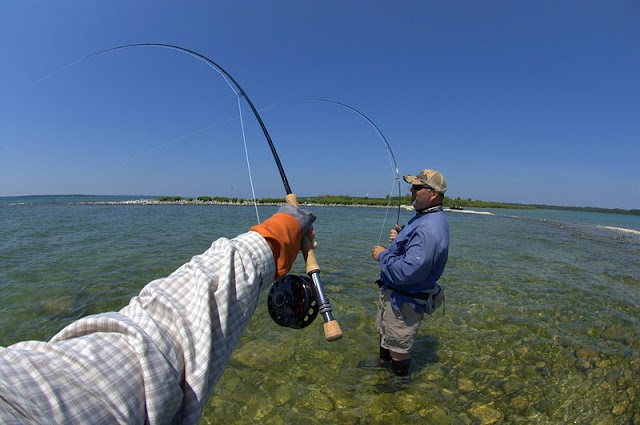 Third Coast Fly guide Steve Martinez and I parked the boat and stalked a double on foot off the edge of one of the many barrier islands around Beaver Island. 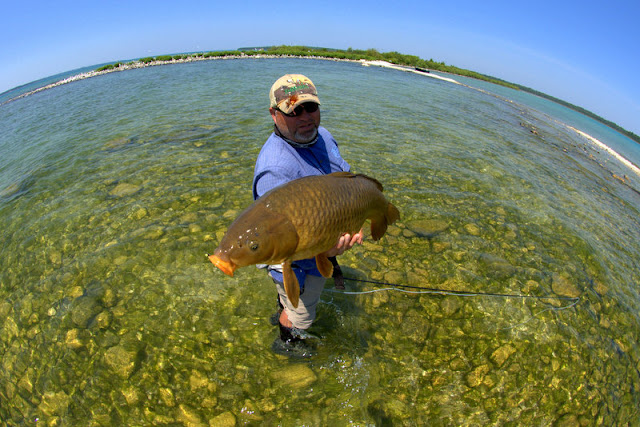 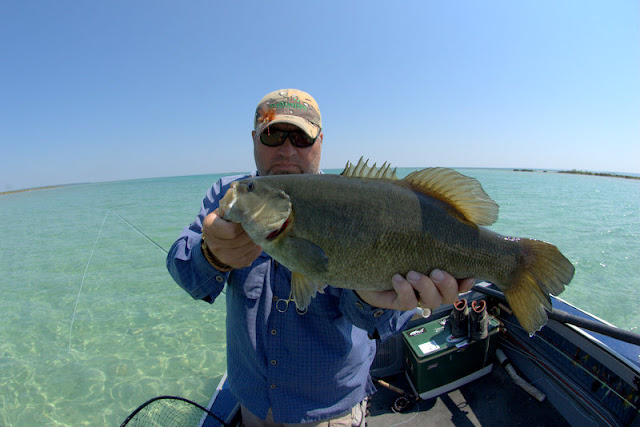 Steve's incidental five plus pound smallmouth.  It fought like a freight train. 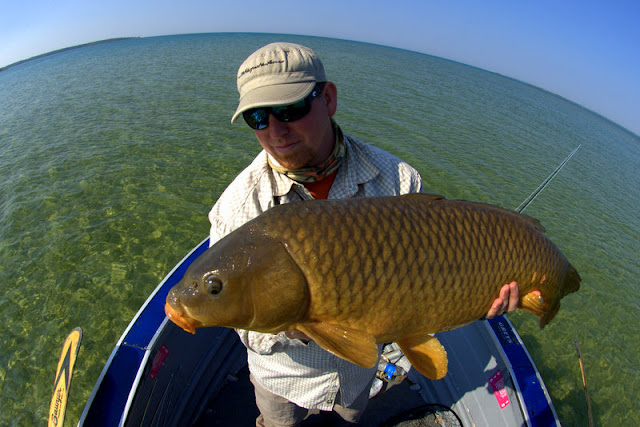 I topped off yesterday afternoon with this thirty pound brute.  It was a very good day. 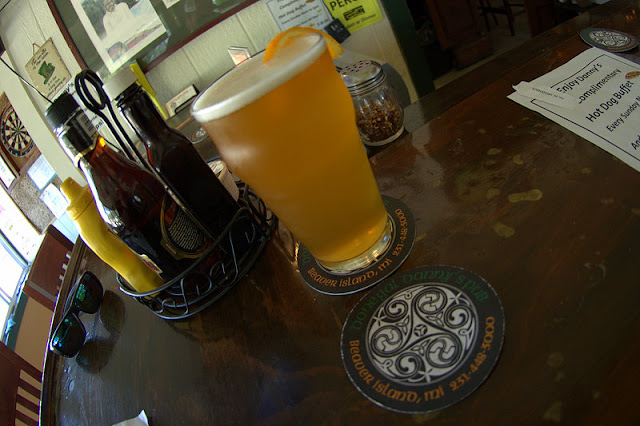 We ended up at Stoney Acre Grill for brews and a very good meal the last two nights.  No one has gone hungry or left thirsty.

Look for a series of more complete posts once I'm back on the mainland.  We're having a great time and with breakfast done it's time to gather up the gear and do it all over again.
Posted by Cameron Mortenson at 7:56 AM

Looks epic. Great fish and photos - love the clear water. I need to get over there...and soon. Keep up the good work.

Your posts about this has me wondering what Lake Ontario might have to offer for carp. I live minutes from it's shore, but have little idea how to fish it...so I wait for the fish to swim up stream before I attack.

Cameron, What rods are you using?

I think you're hooked buddy!