A Morning With George Revel

While on the recent trip to northern California, I found myself with a day that was more or less free of anything to do before the Fly Fishing Show started in Pleasanton that weekend.  I hit up George Revel of Lost Coast Outfitters and he graciously offered to take me out to the Golden Gate Angling and Casting Club and I also wanted to stop in at his new fly shop downtown to see how things were going.


You may not immediately know George Revel but he's a young man in his mid 20's with a growing reputation and has been around the fly fishing industry since he's early teens as a champion fly caster and in more recent years working inside Leland Fly Fishing Outfitters.  Along with the recent opening of Lost Coast Outfitters in downtown San Francisco, he's also the president of the Golden Gate Angling and Casting Club, and is bringing a lot of new ideas which is energizing the membership with expanding their programs in instruction and classes, and growing the membership of this historic club with weeknight and weekend functions for members and non-members to attend.

Since I was coming up from Pacifica, it made sense for me to pick up George at his house and we stopped for coffee and a baked goods to take along to the club.  One of the many traditions and a kind gesture among the club membership that spend their mornings as the club is that the first ones there typically bring something to eat and share with everyone who might stop by.


The Golden Gate Angling and Cast Club has a long and storied history and specifically one that I am very interested in regarding the development of fiberglass fly rods, both past and present, with those who worked at Scott Fly Rods, R. L. Winston, Scientific Anglers, Hardy, and others, who years ago spent time with various prototypes and finalized the tapers of many of the finest glass rods on these casting ponds.  Even now rod designer and builder Larry Kenney, along with a group of his friends, can be found early on Saturday mornings casting and comparing glass fly rods of all sorts and many of his designs have been honed to perfection here.

I had brought along my rod case full of demo glass rods for my presentations that weekend and put together a few fly rods for George and I to cast on the ponds.  George is a long time aficionado of fiberglass fly rods and a very accomplished caster.  It was neat to see him lay out long lines with precise loops with several of the fly rods that I brought along.  George had already cast many of the larger fly rod company glass offerings and we spent most of our time with builds built on Epic, Ijuin-Rod, C. Barclay, Graywolf Rods, and Kabuto Rods blanks. 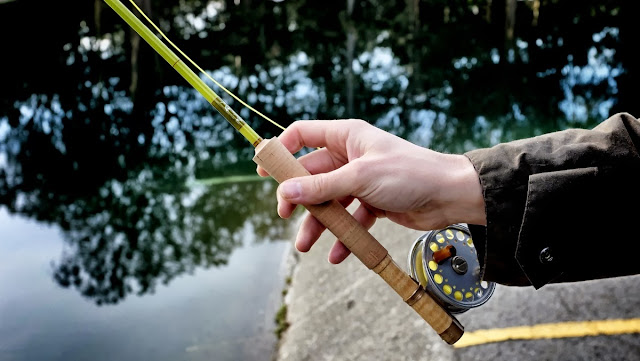 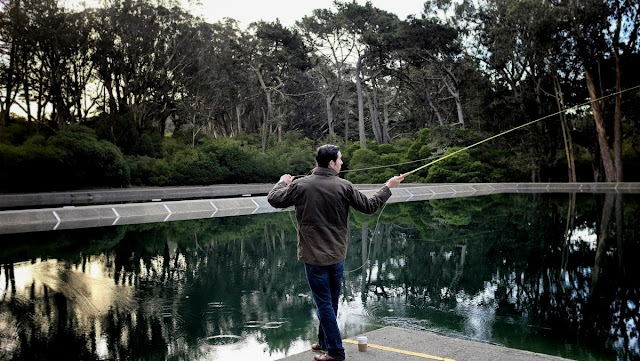 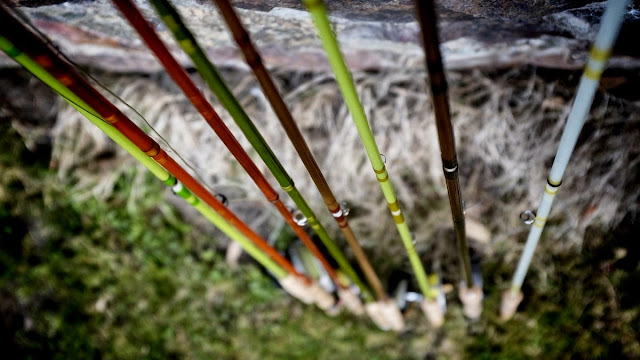 The Golden Gate Angling and Casting Club is located within the Golden Gate Park and has been there since the 1930's.  Fly fishing products of all types have been designed and tested at the club and it's members have worked extensively on fly reel, fly line, and rod rod design at the club house and hallowed casting ponds. 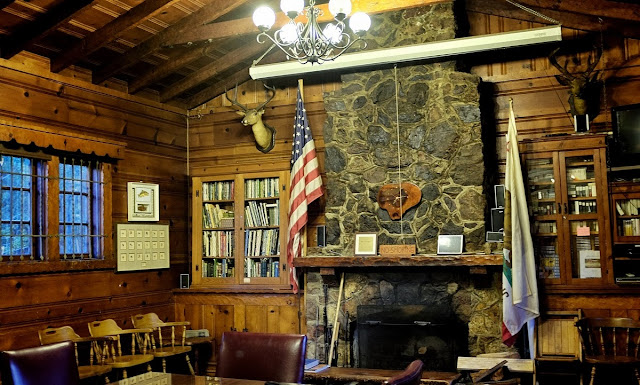 A walk inside the Angler's Lodge is a step back in history with fly plates of various patterns tied by their originator, fly rods of significance framed on the wall, medals, trophies, and images of past events and club member photos which was really impressive.

Some longstanding members have tall slender lockers where they can stow a few favorite items of gear and maybe a bottle of spirits for those late evening tying sessions.

No doubt this is a unique place and it seemed so far removed from a metropolis that is literally on the other side of the forest that surrounds the club.  It was very special to experience the Golden Gate Angling and Casting Club and appreciate George taking the time to share it with me. 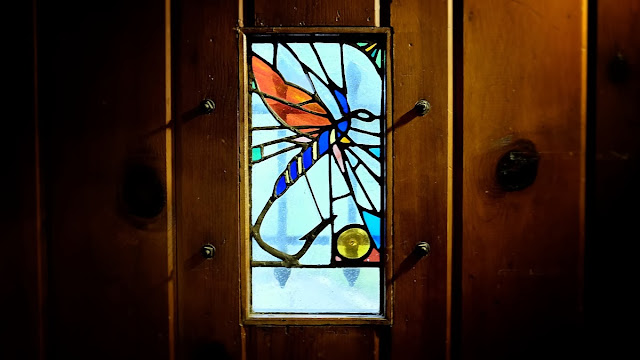 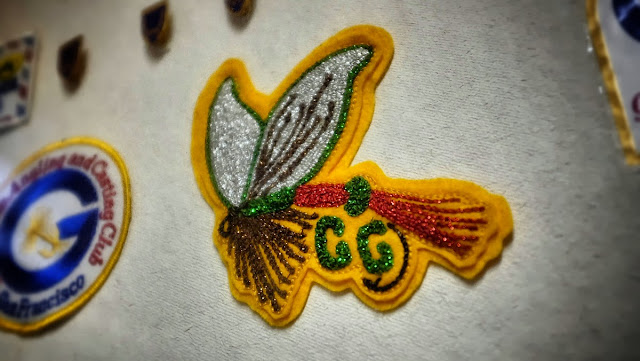 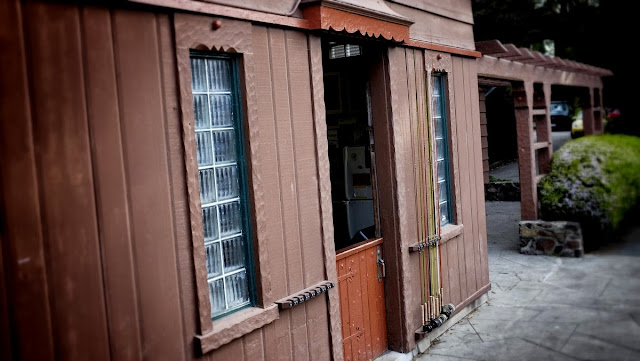 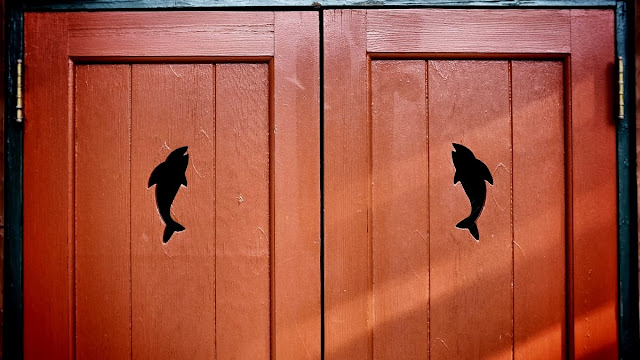 After a couple hours at the Golden Gate Angling and Casting Club, we ventured downtown through morning traffic to Lost Coast Outfitters which is currently taking up a small space inside Wingtip, which is one part men's clothing store and one part club complete with a bar, food service, and private meeting rooms overlooking the city's financial district.

George gave me to tour through Wingtip an hour before opening and it's expansive with a basement and first floor as the men's store and then two floors at the top of the building as the Wingtip Club.  Lost Coast Outfitters is on the main floor of Wingtip and George has carefully chosen the fly fishing gear that he is carrying in his shop as he doesn't have an abundance of space but also has a mantra of only selling what he uses and is familiar with. 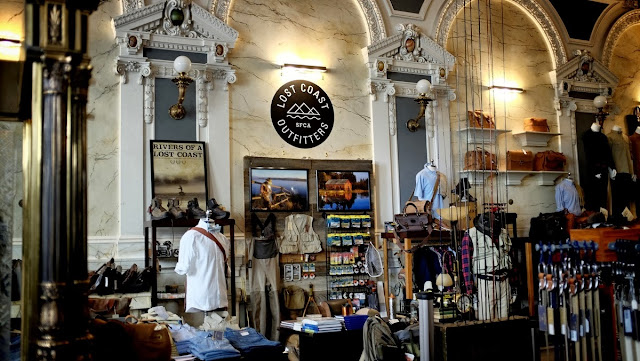 There are a lot of ways to operate a fly shop and George's plan with Lost Coast Outfitters is to essentially provide the highest level of one on one service along with keeping the shop stocked with everything anglers need for time on the water near and around San Francisco and the ability to assist with destination trip prep as well.

So far Lost Coast Outfitters is a one man show with George manning the shop at Wingtip six days a week and he's hoping to expand in space and with at least one other person to assist him as his business grows. 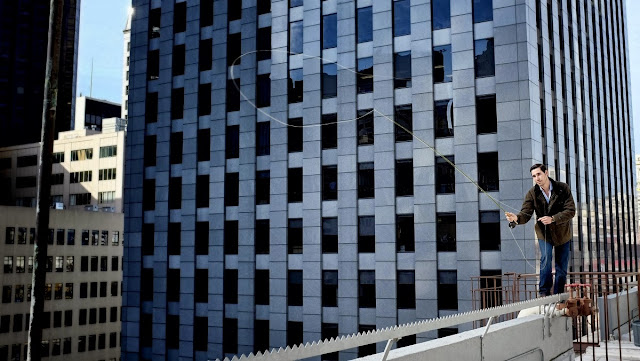 No trip to Wingtip is complete without a few minutes of casting from the rooftop and George hopped up on the building's ledge to lay out a line over the city with the Swift Fly Fishing Epic 480.  Interesting to see a fly line being cast amongst the noise of the city street and towering builds surrounding the roof area. 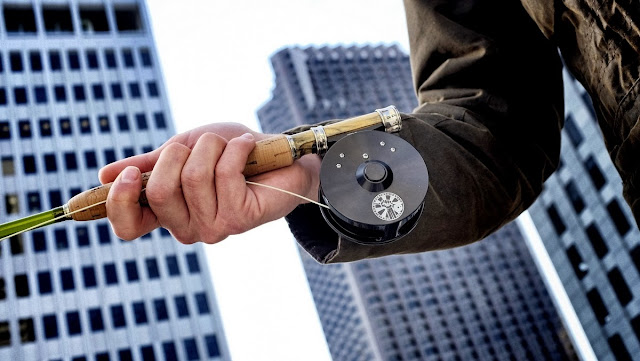 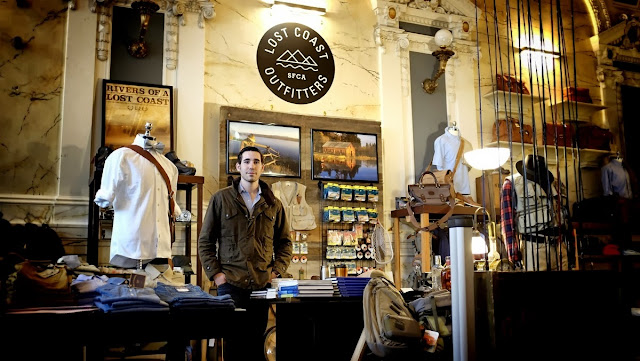 Soon after the shop opened I took off to let George get to work and I would suggest that readers keep an eye on Lost Coast Outfitters as George has big plans and the support to do a lot of interesting things within the San Francisco fly fishing scene, and beyond, in the coming years.