For the past several years I've been hearing rumors of several different emerging smallmouth fisheries in South Carolina and yesterday I was able to get out on the water with Ben Moore of East Anglers to float a section of the Savannah River.  We couldn't have asked for a nicer day with temps in the low 80's and generation down a bit with the water clearing up in the river. 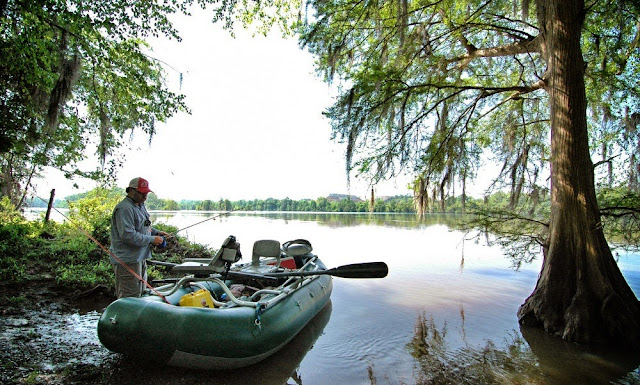 The big rivers of the south are interesting places and the Savannah River is beautiful water with cypress trees dripped with Spanish moss lining the banks and islands in the river.  It's sometimes hard to believe that neighborhoods sit on the other side of the high banks that line the river.

Ben has done a lot of homework over the past several years, and continues to do so, in figuring out this developing fishery.  This year he started fishing it earlier than in years past and has routinely found trophy size (in southern terms) smallmouth over five pounds.  The tough part of floating the Savannah River is putting a boat or raft in since there is a lack of public landings.  Ben has worked out access with a landowner to put in on private property and then take out a few miles down river.  This makes for an excellent five to eight hour float casting flies looking for smallmouth hidden among the shoals.

No one really knows, or is saying, how smallmouth were introduced to the Savannah River, but they are definitely there and in surprisingly high numbers.  We didn't put to many in the net yesterday but I did put a hook (and promptly lost) two bronze beasts easily over four pounds.  There are some real brutes in this river and I am looking forward to getting back out again soon.  It's kind of amazing to have several emerging smallmouth fisheries less than an hour from the house.

Here are a few images from the afternoon on the Savannah River.  Click an image to view the set larger. 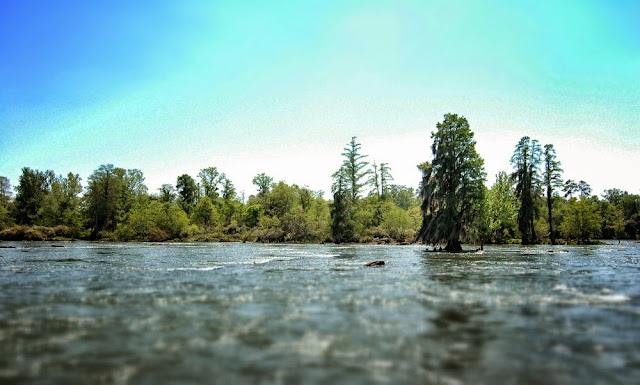 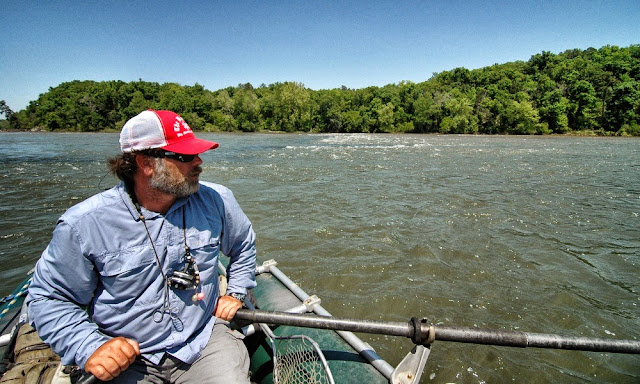 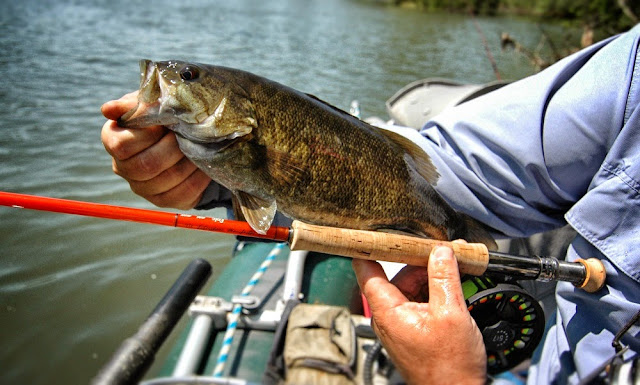 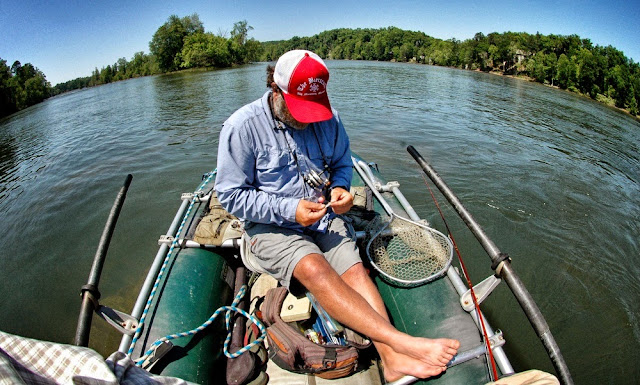 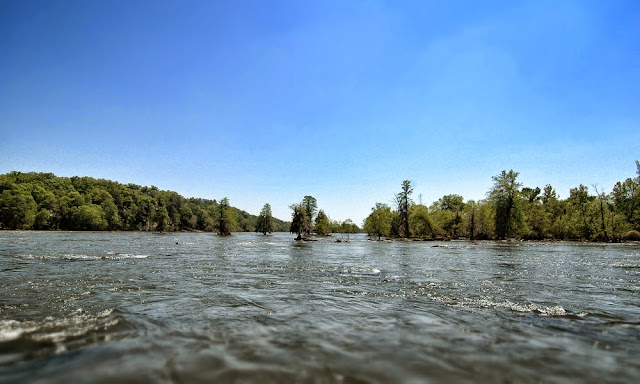 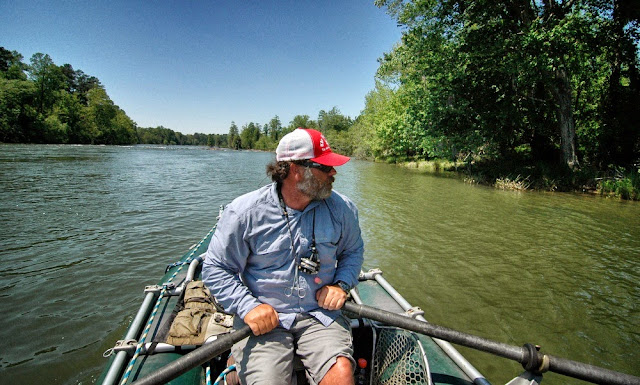 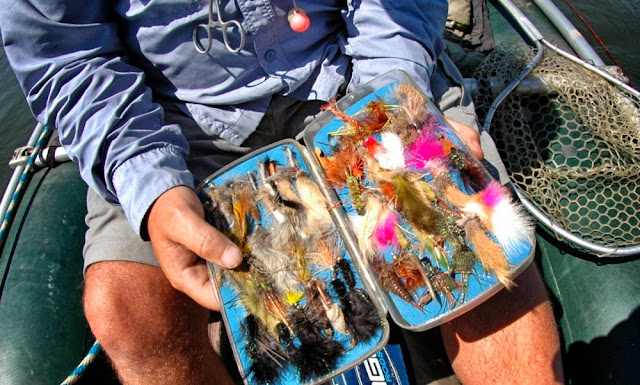 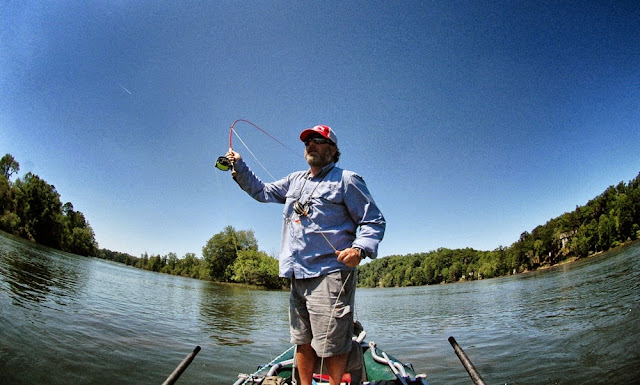 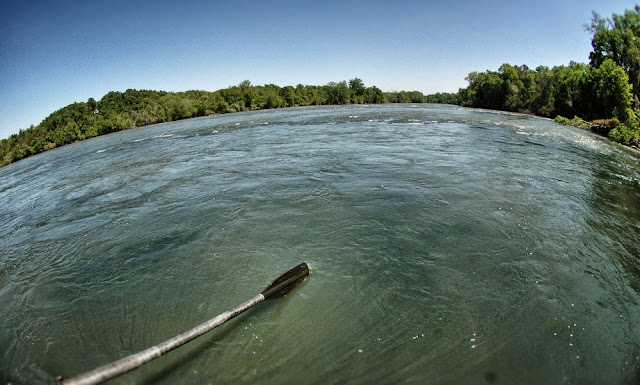 Ben Moore splits his time between Georgia and Montana and is relatively low drag with no website but can be contacted through his Facebook page, email, and telephone (706-840-0787) regarding a trip on the Savannah River or the nearby Saluda River and Broad River for both trout and smallmouth.
Posted by Cameron Mortenson at 7:00 AM

It's nice to see you getting out instead of hopscotching all over the country.

Looks like they've found a good home, regardless of who put them in. If it wasn't much of a fishery for anything else, because I assume it is thermally altered habitat due to dam tailwater release... but not cold enough for trout, then it seems like the state wildlife agency should have been proactive in putting them in there to create a viable fishery. At least that's usually how it works everywhere else.

Glad you got into some fish. I'd never guess you could find smallmouth that far south.

Howard...it is good to be sticking around local for a bit. Next big trip coming up in June to Michigan.

Jay...you're right. Like other places in the south they are looking at putting trout in the Savannah River instead of developing a better suited fish, the smallmouth.

FR...I think it just might be the most southernmost smallmouth fishery.

Smallmouths in river currents are IMHO the most game fresh water fish. Pound for pound I'll take them anytime. They just lack the panache of salmonoids. They can be just as finicky as any trout and can be as foolish as any trout. On a trout weight rod they are an Absolute Hoot.
Cheers
RFMcD

I think the Devil's River just may have that one beaten Cam...just a hunch.