If there is one thing that is consistent with my trips home to Michigan is that I make every attempt to fill my time with as much fly fishing as possible, which doesn't leave much time for sleep but that's what coming home is for.

Before the festivities of Beaver Bash 2014 started, I had a couple days of fly fishing in northern Michigan and spent an afternoon and into the night with Alex Cerveniak of Northern Michigan Fly Fishing and Jason Tucker of Fontinalis Rising.  We met at Gates Au Sable Lodge, picked up a few flies, and headed off to the river.  The plan was to float from the lower South Branch of the Au Sable River and then drop into the mainstream of the Au Sable River for a few hours of night fishing. 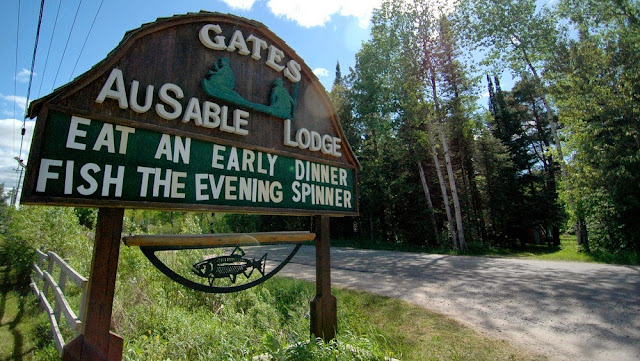 As afternoon turned to evening we had a bonanza of mayflies in the air with good numbers of brown drakes and a mix of several other lesser mayflies.  Splashy rises here and there gave up a few brook trout and Jason pricked and then lost a solid brown that took a fly while it was still pretty light out which kind of surprised us that he was eating so damn early.

We took our time through the South Branch section of the float, enjoyed a couple brews, and took in the evening.  One of the things I've learned about fishing the Au Sable River, and it's many branches, is that these fish are largely on their own cadence and schedule and they will rise when they see fit.  Bugs on the water?  They might not care until those mayflies that are struggling to get off the water return as spinners.  They can be bastards and picky as hell.  That's all part of the allure of the Au Sable River. 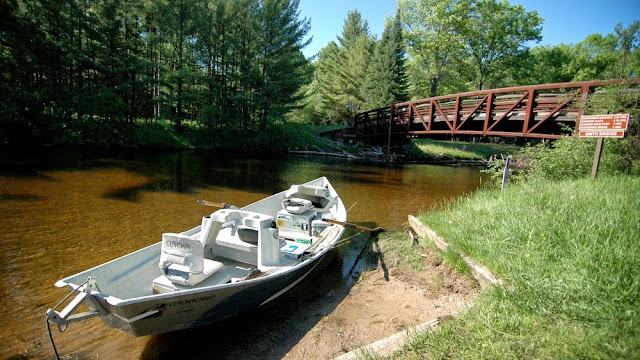 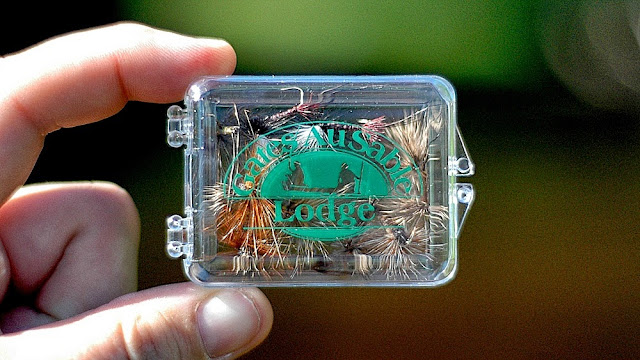 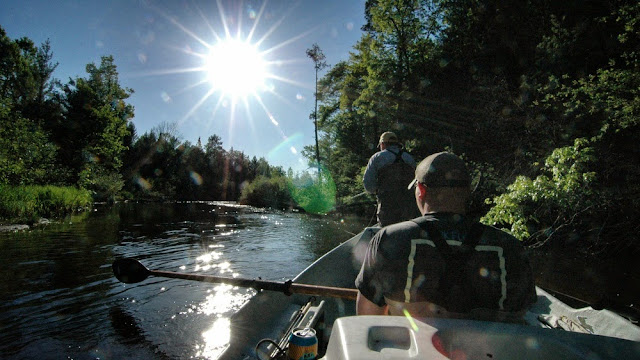 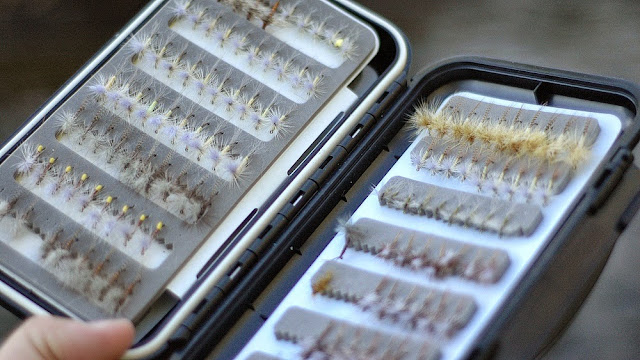 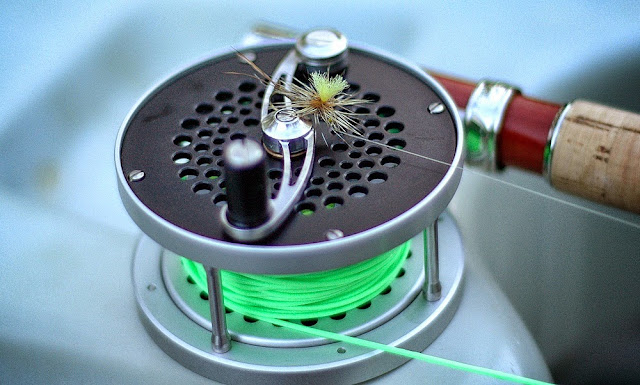 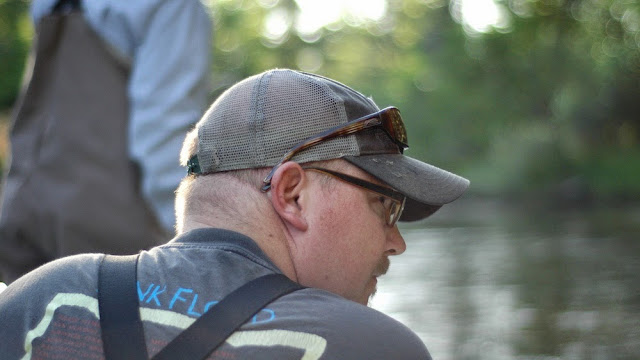 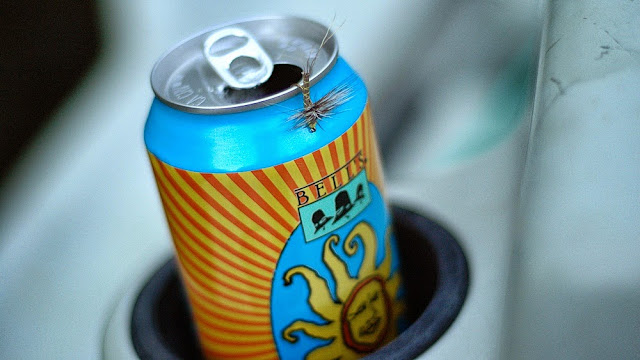 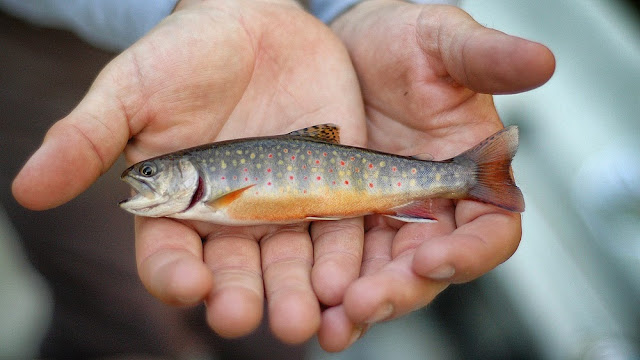 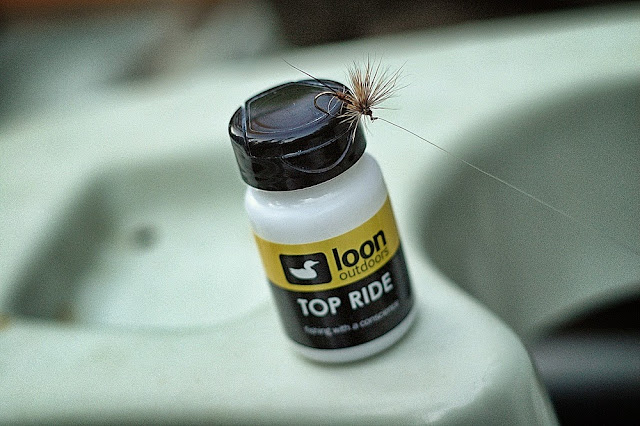 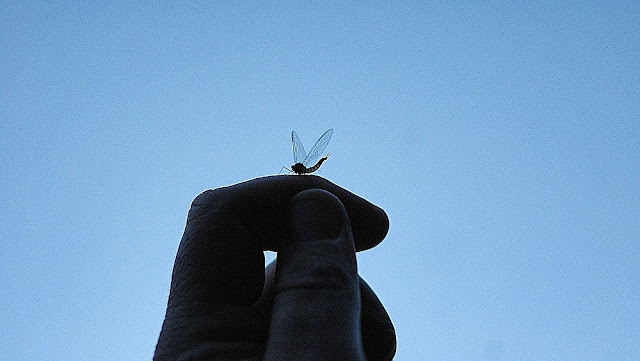 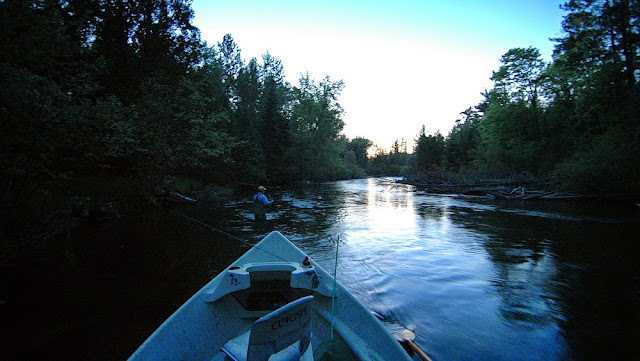 Near darkness is when things really started rolling with the small to medium sized fish rising being replaced with larger trout boiling on spinners.  As we were floating through a long straight section with downed trees on either side we noted a few rising trout and anchored up above them.  Jason got out and waded a few boat lengths away and caught a small brown and I cast from the back of the boat to a larger fish that was on the inside of a seam.  I was finally able to get the right drift and there was an explosion to a brown drake spinner that I had tied on.  The Orvis Superfine five weight bucked, the CFO fly reel drag screamed, and minutes later a nineteen brown laid in the net with a dry fly in it's jaw.  My night was complete. 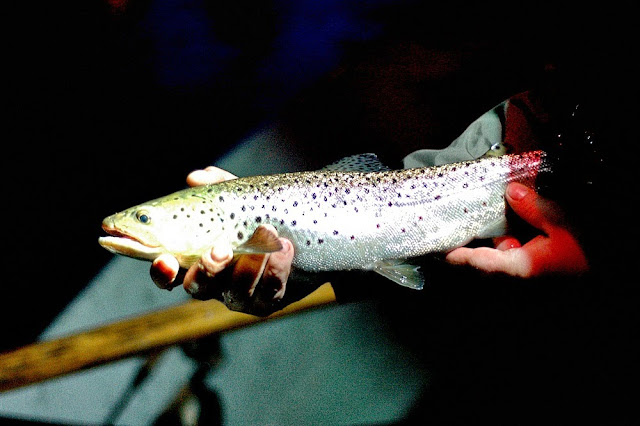 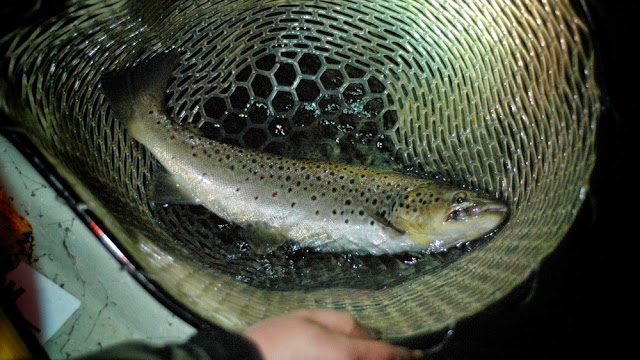 We continued down the river and things had more or less turned off.  For a couple hours we really didn't have any rises at all and it went from feeling comfortable out to downright cold.  Around midnight we hit the mainstream and I was ready to just push out since I figured our night was done for dry fly risers and it might be to early and cold for anything to be interested in a mouse.  Alex was still optimistic that we'd find a few rising fish and he ended up being right.  As we slid down the middle of the river in the dark we began hearing rises here and there against the banks.

Fly fishing in the dark can be a weird experience.  Maybe it's the moon filtering through the clouds and when the lights are on it's a red light from your headlamp.  You can see but you can't see at the same time and along with trying to judge how far you are away from the bank you are and where you last saw or heard a rise, your brain is trying to draw an image in your mind of what you are seeing or not.  Add to this that it's hours into the early morning and it gets kind of trippy. 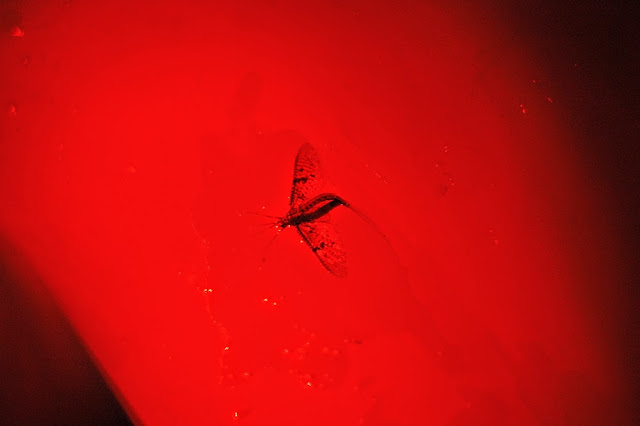 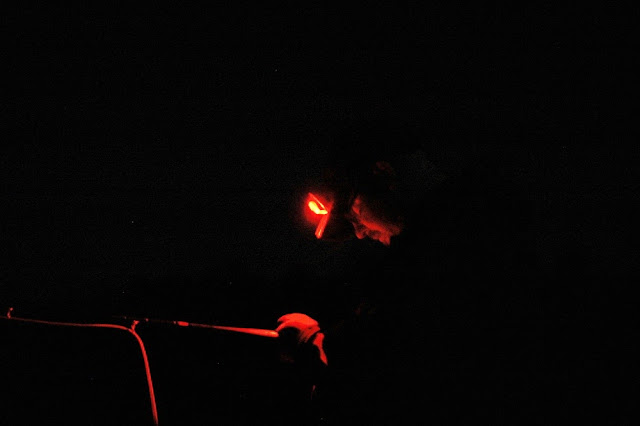 One of the last group of risers that we worked that night included one very large trout.  I am going to guess that it was a brown trout in the mid to upper 20's.  Or at least that's the picture that was painted in my mind of what it was.  This trout was rising consistently, then would quit for a bit, and a few minutes later would start again.  We must have spent a good forty-five minutes on this fish with Jason and I taking turns trying to feed it.  Finally my spinner drift and when he wanted to eat matched up and there was a big splashy rise, followed by the Superfine doubling over under it's weight, a strong head shake, and then nothing.  The hook has not taken hold and had slipped out of it's mouth.  Damn...

That large trout was a dry fly riser that I won't soon forget and it's kind of the usual thing to happen on the Au Sable River that it would give up a nineteen brown trout only to break my heart with an even larger trout later on that same trip.  This is just one of the many reasons why anglers are drawn to this place and it totally gets in your blood.

when did they start making oberon in a CAN?!

What a terrific story.

Cameron, may I say your writing has come a long way in the past several years and you are right in the sweet spot now... keep it coming.

thedailyfly...this spring the cans arrived. Think of them as mini kegs.

Kevin...you are too damn kind. Thank you, Sir.

Enjoyed reading this. Sounds like it was a great time. You have a great blog.