Lately I've read several articles online, then mentions on social media, and had several text and telephone conversations with friends on the idea of keeping fish in the water for a couple photographs and fight the urge to hold a fish out of the water at eye level for a few grip and grins before they are released.   The more that I think and talk about it, the better idea this becomes. 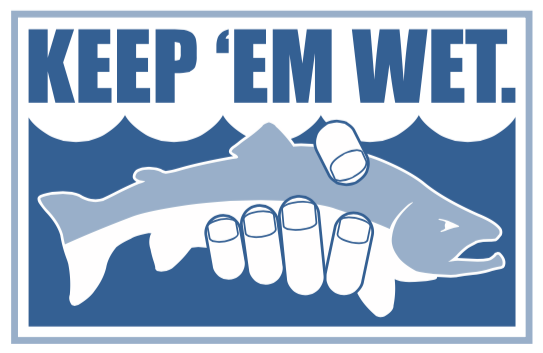 A few thoughts that keep circling my brain are...  Why is a grip and grin is so important to anglers?  Does it prove you caught the fish or is it something else?  Is this really the best way to capture a memory?  Are we all just narcissistic assholes?  Is there something better?  I think there is.

Something else that I have been thinking about is that in a photo essay, or blog post, or article in a magazine, I would rather see photos highlighting the experience with snapshots of the location, a fly box, some macro element of the moment, than to see image after image of a big fish held up for the camera lens.  That just reads to me "I caught this.  Check me out..." and less about what it's all supposed to be about.

I certainly don't want to come across all preachy with this post, cause it wouldn't be that tough to find a few photos of me (or people that I've fished with) holding a fish up over the water, but it doesn't mean that I can't do better from here on out with the photographs that I post on T.F.M. and on social media.  My resolve from here on out is that fish will stay in the net or cradled in hands while still in the water.  No more lifting fish from the water for a pose.  It's better for the fish and I think it makes for a better photograph typically as well.

The Native Fish Society recently kicked off a KEEP 'EM WET photo contest that is worth checking out that runs until May 31st, 2015.  They are keeping track of photographs hashtagged with #keepemwet and have some sweet prizes in the mix.  Details HERE.

I think it's a good idea if fish stay in the water and I am going to try to do my part with the #keepemwet campaign.  How about you?
Posted by Cameron Mortenson at 6:00 AM

Amen my friend. I think this so far has been the best idea in 2015 and I have pledged to take the challenge. Let's change the culture. Glad you wrote this post.

I'm in. But then, I don't catch many so whether or not to take a hero shot is not usually a problem. Cheers!

I'll be posting fotos of my empty, wet hands as that is about as hero as I get these days...

Seriously, a great post. We can all do better to protect the resource. Thanks Cam.

If the fish are really that fragile, and we are really so concerned for their well being, then we should just quit fishing altogether, lest we risk over fatiguing the fish.

I play fish as quick as I can. I practice catch and release. I properly revive my fish before the release. And occasionally (not every fish) I like to get a hero shot with one of the fish I catch, so I will forever have a record of the memory. That is not likely to change.

Ditto that John Gross - while I respect this as a worthy challenge I will not apply it in denial of my child's or grandchild's chance for a memento to share a prize catch with family and friends. I will also equally respect the vicarious enjoyment derived by family and friends who are unable to otherwise engage in such adventures by sharing an occasional lift and click. I'll just have to live with knowing some folks will cringe at my photos in the same way I cringe at photos showing stringers of dead fish and thumbs stuck in gills.

I completely aggress with John. There are some happy mediums though. One being a good net. Nothing wrong with removing the fly in the net and lifting for 6 shots on burst mode. That is at most 10 seconds of lift and camera shots. Hell you can even combine the lift and release into the same burst. Certainly not every fish needs to be lifted out of the water but when you do there are very easy ways to make that experience quicker. If your goal is to preserve the memory (which mine is) then forget about "getting the shot" and live with the photo(s) you got. 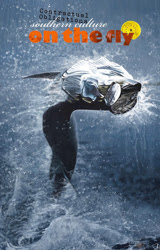