ISLANDS AND EDGES - A Day With Carolina Bonefishing

I would guess it's been at least three or so years that Captain Paul Rose of Carolina Bonefishing and I have been talking about getting on the water together.  He knows that I am kind of a carp fiend and he's got a handful of different lakes around Charlotte, North Carolina that he guides for both common carp and grass carp.

Fortunately all the pieces of the schedule puzzle fell into place late last week and Mike Sepelak from Mike's Gone Fishin'...Again and I were able to spend a long half day with Paul on a perfect day for sight fishing carp in the shallows.

We met at the boat landing at 7:30 a.m. and it was already getting warm with little cloud cover.  As the morning sun moved up in the sky it was relatively easy to see carp along the edges though Paul always seemed to see them before either Mike or I could see them.  Call it good lenses (Paul swears by Smith ChromaPop, as I do) and we found carp just about everywhere you'd expect to find carp.  The carp ranged in size from relatively small to relatively large and we spent our time working our way around several different islands as well as in the shallow coves and shoreline. 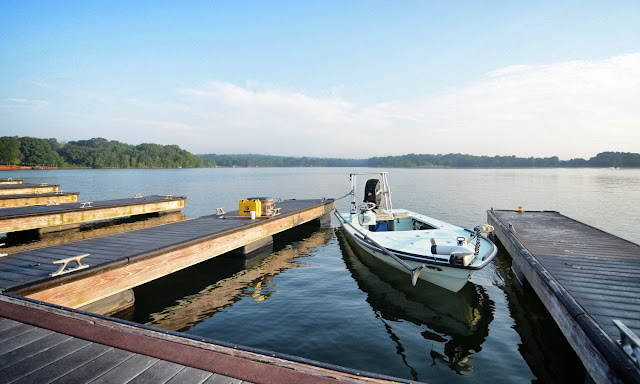 Carp were in found singles and also in groups where spawning might be soon on their brain.  Carp everywhere seem to have specific feeding tendencies and for them to eat a fly, you need to know how they want their meal served up.  These carp are particular in that they want the fly to drop onto their dinner plate directly in front of them.  Don't think of this as a large dinner plate casting zone, it was clearly more like a small appetizer plate.  The carp seemed to be picky about this and also that the fly should be on the drop without any movement besides a small bump.

When done correctly, with Paul whispering instructions from the left side standing at the front of the boat, the carp would rise up a few inches and suck in the fly without hesitation.  Mike and I took turns at the bow and spent a lot of the day doing everything wrong.  Leading the carp, hitting the tail instead of the mouth, to many false casts, and doing it right (FINALLY) but getting robbed by a bluegill who would zip in on the fly and block out the carp.  Damn...

Over the morning and into the early afternoon, a couple carp were brought to the boat, a few were farmed that should have been caught, and a whole bunch of carp were spooked due to angler mistakes.  It's all part of the game of fly fishing for carp so no big deal.  We had a lot of shots and saw a lot of fish.  It makes it so worth it when it's done right and the carp eats that was totally supposed to eat from that presentation that didn't suck as bad as the last dozen.

Here's a few images from the trip.  The photographs taken were a mix of fixed lens with my Nikon 35mm and Nikon 60mm macro along with my favorite boat lens, the Tokina 11-17 mm wide angle lens as well.  Click on any image to view in a larger format. 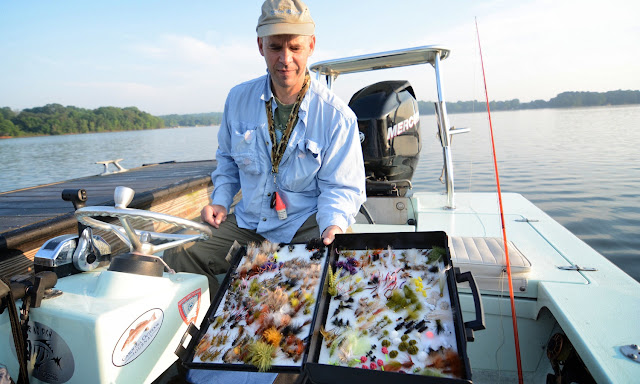 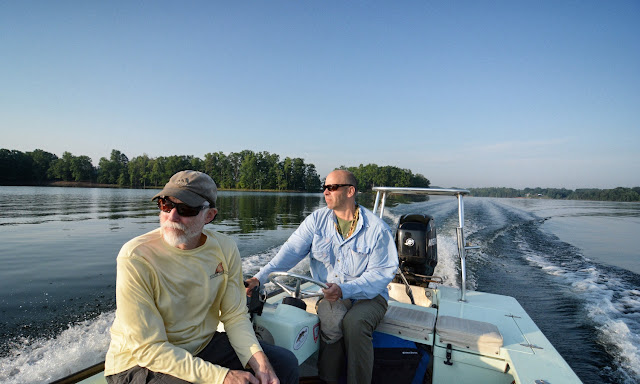 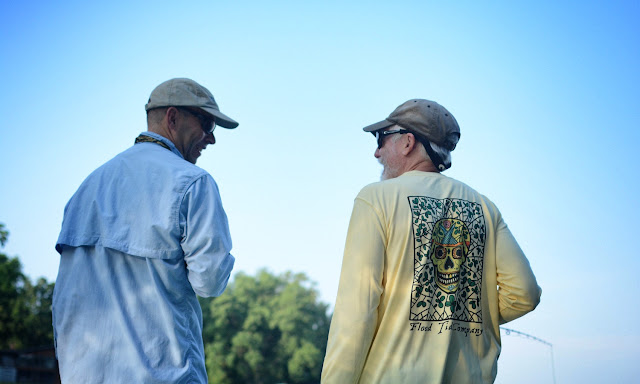 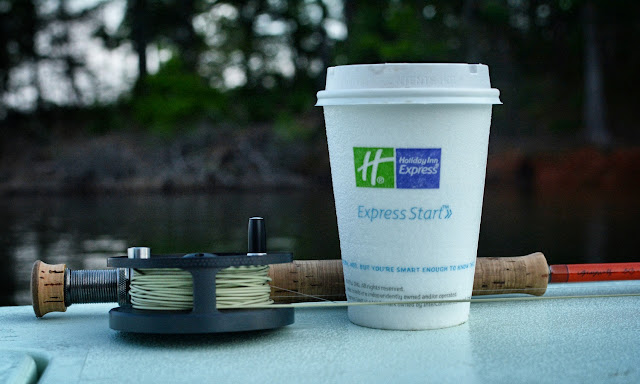 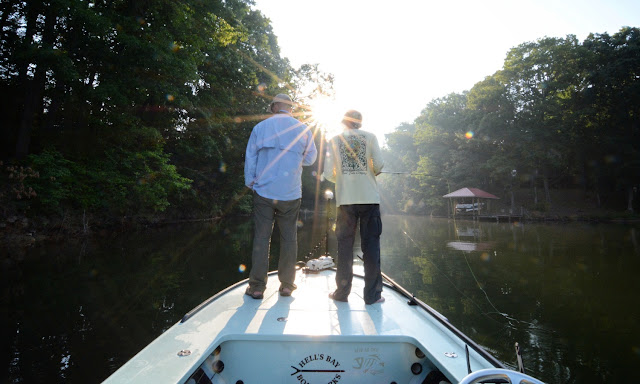 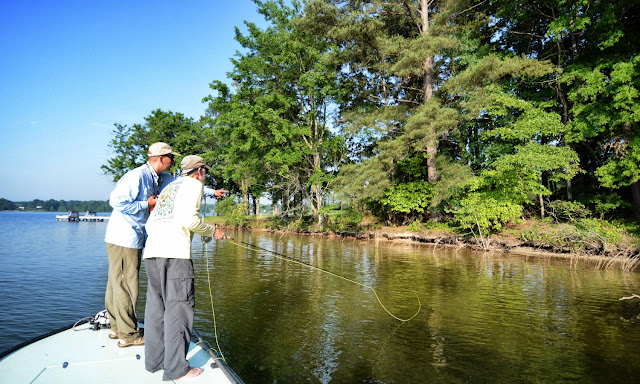 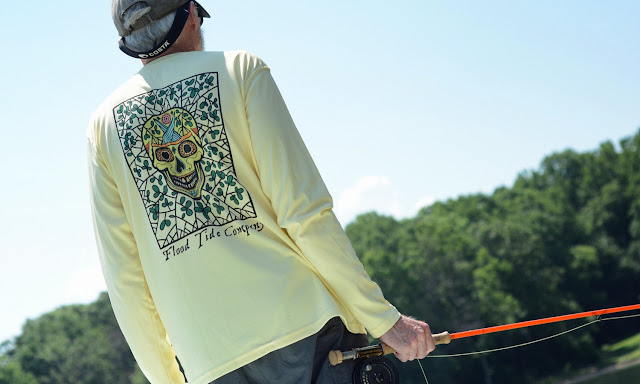 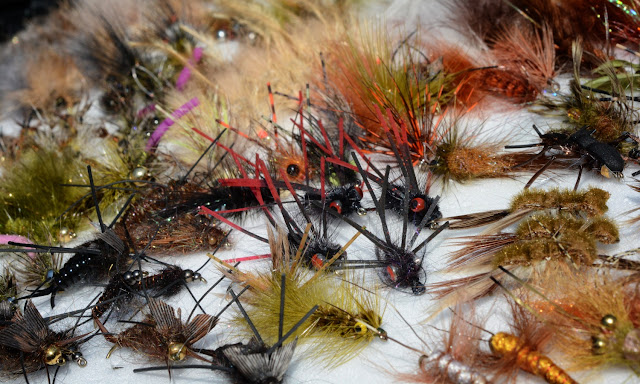 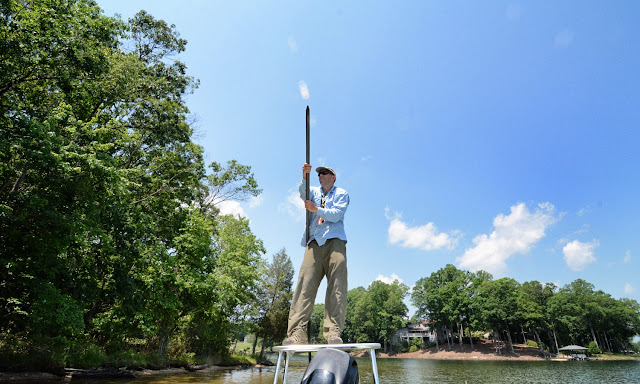 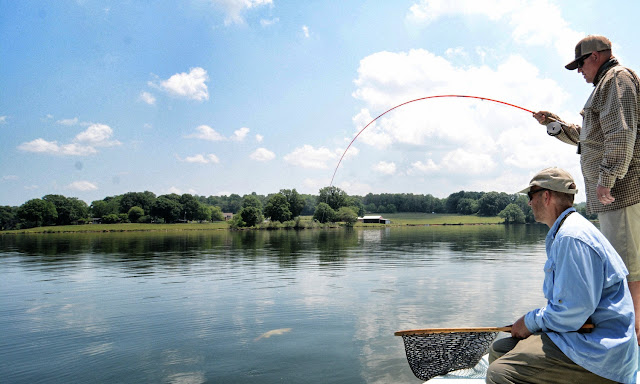 Take a few minutes and visit the Carolina Bonefishing website.  Captain Paul Rose has quite a bit of information and resources there to check out and if you live or will find yourself in the Charlotte, North Carolina area, he's well worth booking a carp trip through.  It's only going to get better from now through the summer.

Had a fantastic time, Cam. It's always good sharing a boat with you.

These photos are fantastic. Looks like a great day.

I look forward to reading your posts, and seeing your pictures. Always a treat. I am hoping to get after the freshwater Bones here in Spartanburg soon.

Mike... Always great to have you along on a trip.

Justin... Thanks for the comment. You have some good carp spots around S-Burg?

I don't know if the spots are good yet but I know the fish are there. I was bluegill fishing a couple weeks ago and foul hooked one on a retrieve. Nothing to show for that but a scale on the hook ha. I have seen the dust plumes in the water and seen them sunning as well. Berrys pond. I hear they are in blalock and bowen too. I'm going to try to convince Brandon over at RiverBlade to take me out on his new boat to chase them.