The B.I. Chronicles - A Blanket Of Clouds

After a weather day due to wind, everyone was ready to get back on the boats.  Though the wind had laid down a bit, there was thick grey cloud cover which would make seeing carp on the flats more than kind of tough.  David Grossman of Southern Culture On The Fly and I were paired up with Captain Steve Martinez of Indigo Guide Service and I figured we'd find a few fish.  Even if they weren't carp. 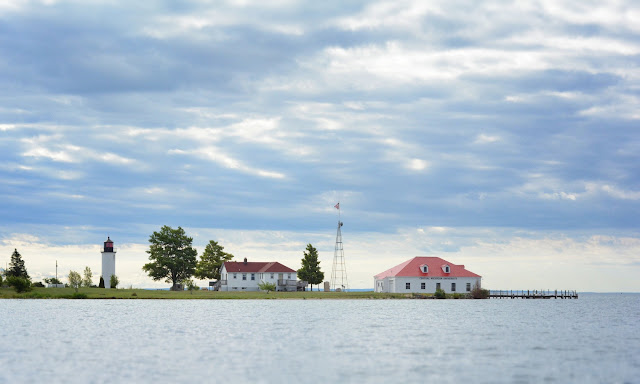 Over the years Dave has gotten more and more interested in fiberglass fly rods, so it wasn't a surprise that he suggested that he and I take turns with the Swift Fly Fishing Epic 686.  Slightly overlined with the Scientific Anglers Anadro 6WF fly line, it turned over flashy minnow patterns with ease.

The first spot that we motored to had a light bottom and underwater fields of grass.  We saw a few deep swimming carp meandering by but were constantly hooking up on northern pike and smallmouth that were crashing the fly on every couple of casts.  Over a couple hours we caught several dozen decent pike and a few smallmouth, including one bruiser over four pounds. 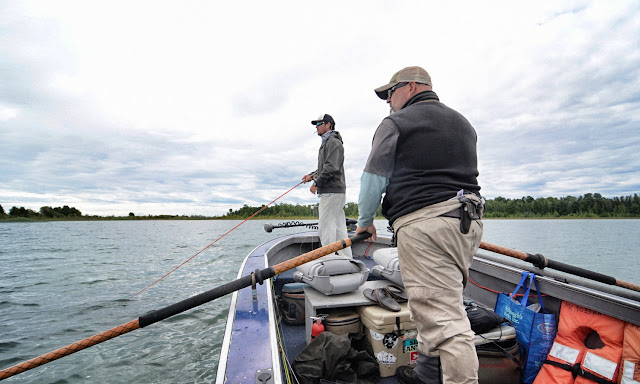 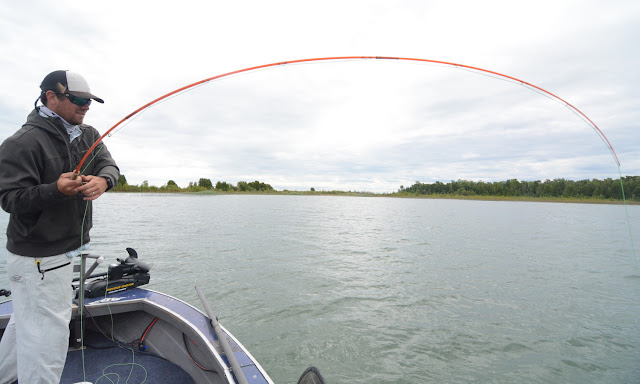 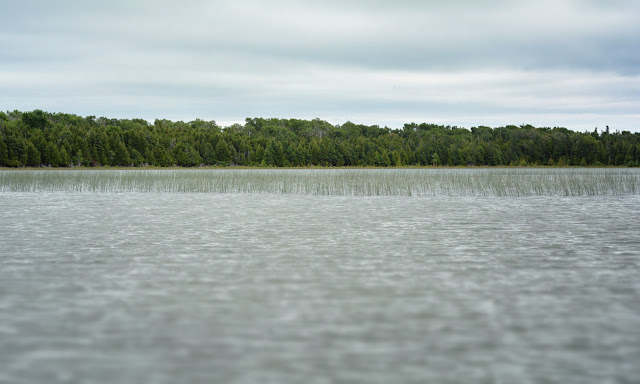 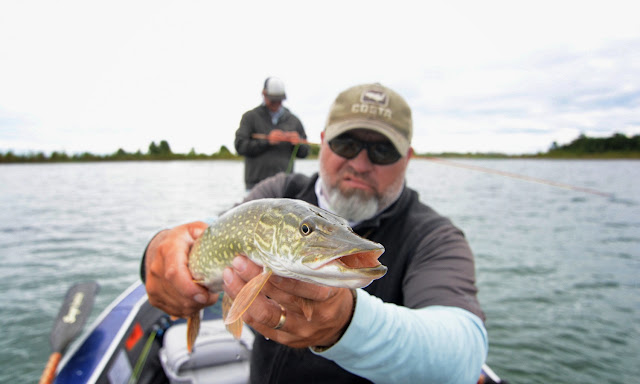 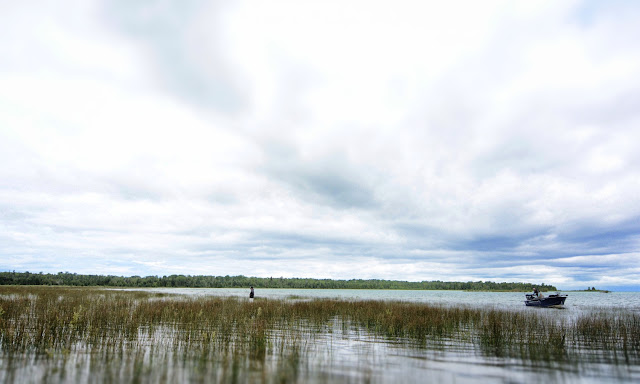 While working the grass lines from the boat we could hear carp crashing in the grass nearby and before leaving the area we jumped out of the boat to slowly walk the flat.  This is a different approach from casting to cruising carp.  The carp are often nestled in the grass or slowly cruising the narrow lanes through the vegetation.  The trick to interest these carp is to lower a fly in the path, sometimes just off their nose, and watch them suck it up before taking off.  The guides have dubbed this "dabbling" and it's not too tough to rack up some numbers picking carp after carp off once you get the technique down.

There was a lot of laid down grass mats on this flat which were floating on top of the water and as I would slowly inch my way along, startled carp would push out to the deep water.  I did find a few in more open areas and was able to prick a few before we circled back to the boat to head off to the next spot. 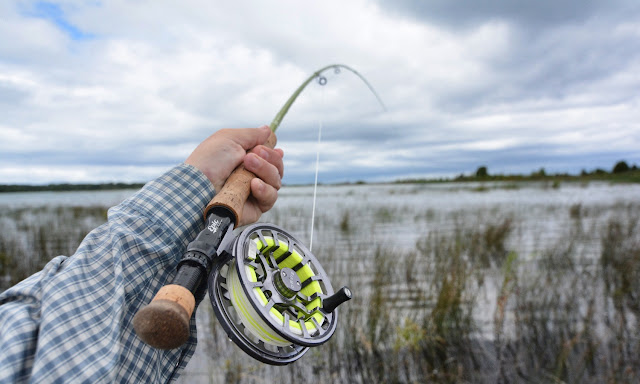 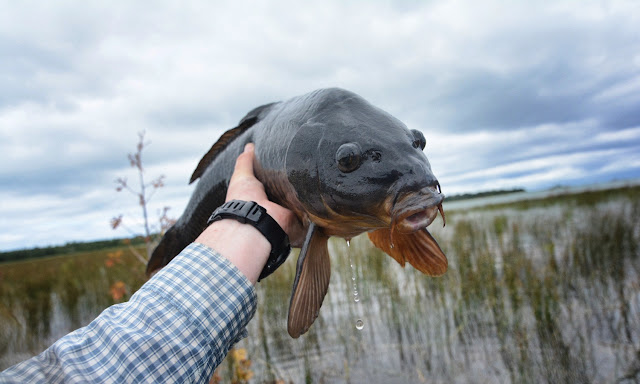 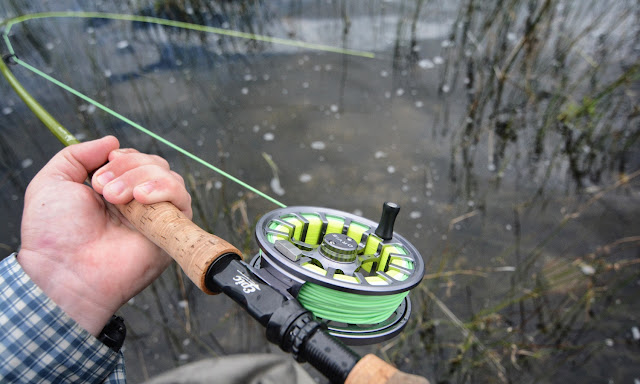 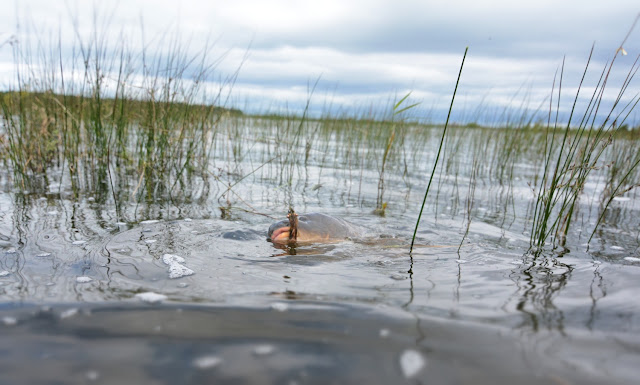 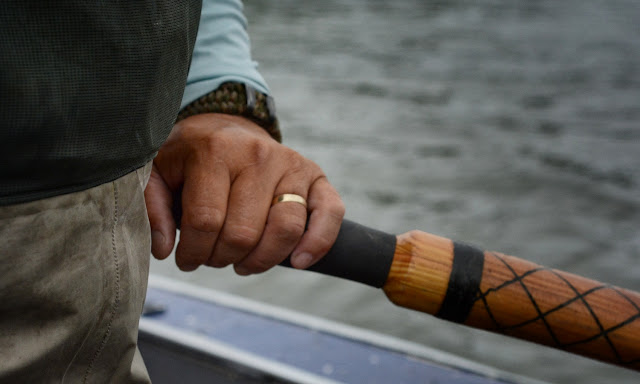 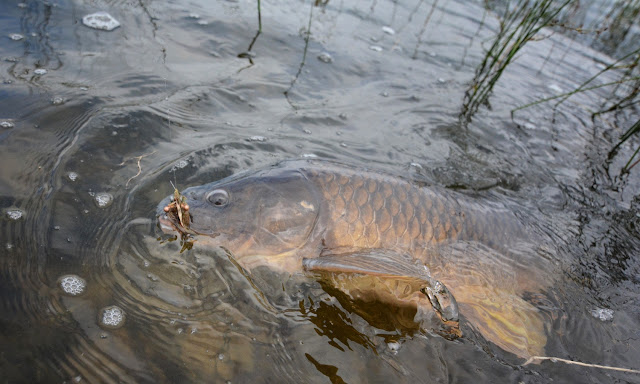 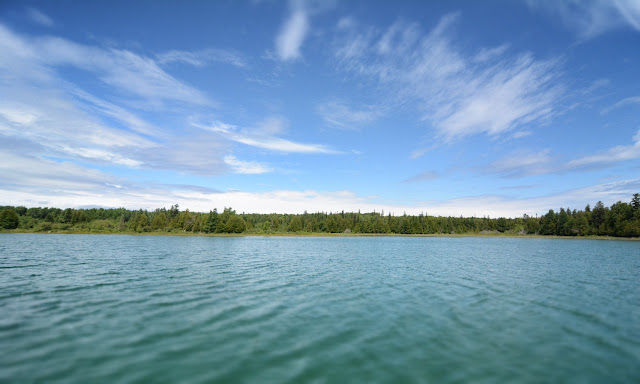 The rest of the afternoon was more about pike and smallmouth and the chances at carp were limited.  Of course, by the end of the day the sun broke through and really showed off how beautiful this area in the middle of Lake Michigan can be.  The front also brought more wind which would affect what we'd do the next day.

Great stuff Cameron. Glad you got a few fish in tough conditions.

Dan... Thanks and THANKS.

Jason... I had to beat them up in the grass...but it worked.