I know that I've been working slowly through "The B.I. Chronicles" but since my family was out of town last week, I decided to take off early on Friday and head down to Charleston to meet up with Jeremiah Clark, a.k.a. "Jerms", of Billie Jo and Jeremy Photography for an afternoon flood tide session in his retro fitted Gheenoe. 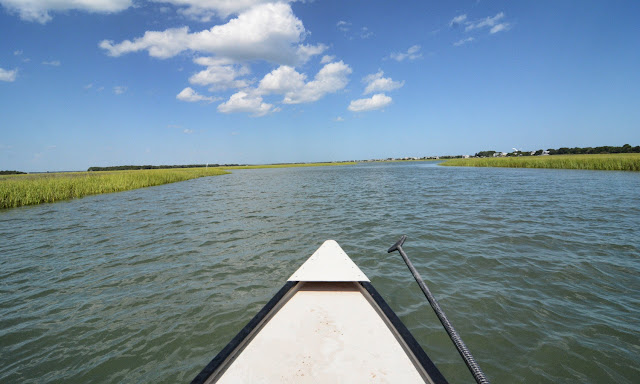 Jeremiah has a growing interest in fiberglass fly rods and if you follow his Instagram page you'll find quite a few mentions over the past few months of the several Swift Fly Fishing Epic fly rods that he and friends have been bending.  He has an Epic 888 that has quickly turned into his favorite eight weight and I figured that if he cast a Bandit that he'd likely enjoy that one as well for the flats around Charleston.

I've never been in a Gheenoe but have always been intrigued by them.  Jeremiah found a used Classic in Florida a few years ago and made some interior changes to create a very perfect flood tide machine.  The Gheenoe was incredibly stable, open layout, and certainly one of the coolest micro skiffs that I've been on. 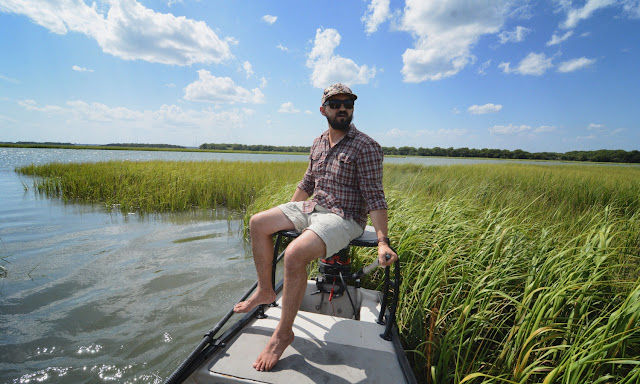 We zipped through the creeks just as water was coming up on the grass flats and before the Gheenoe had even stopped moving  we spied several redfish in just inches of water on the feed.  Jeremiah push poled to the first redfish and I laid out a cast, followed by another cast, then another cast that landed slightly ahead and past the slow moving redfish.  I moved the fly across the water and the redfish bolted forward to eat the fly, which I promptly pulled from his mouth.  I whispered not so softly, "DAMN...  Damn... Damn."

Now, it seems it can never be easy for me and redfish and today's hassle was the wind.  There was a strong constant wind that always seemed to be in my face which made for a bunch of really poor presentations and a handful of spooked redfish.  At least we were seeing redfish and watching a redfish working through the grass flat is always exhilarating.

We moved from one large grass flat to check out another and as we slow cruised by a spot Jeremiah said "There's two feeding right back there..." as he gave the motor a bump and quick turn to push onto the grass flat.  As the Gheenoe came to a stop there were two redfish tails flagging atop the water that were slowly moving towards each other.  I made a couple presentations with a cast finally laying down where it should, a couple short bumps, and the line went tight.  The redfish took off through the grass and a few short minutes later it was in my hands.  Flood tide success. 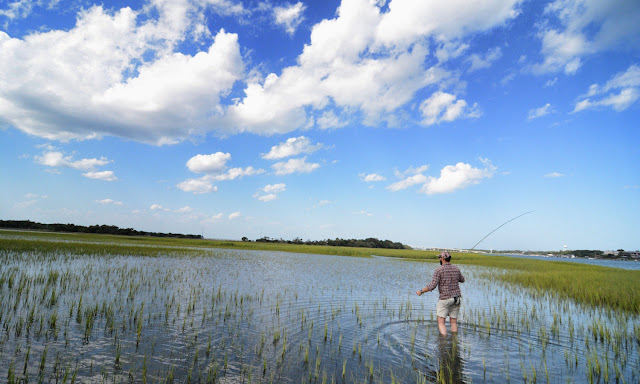 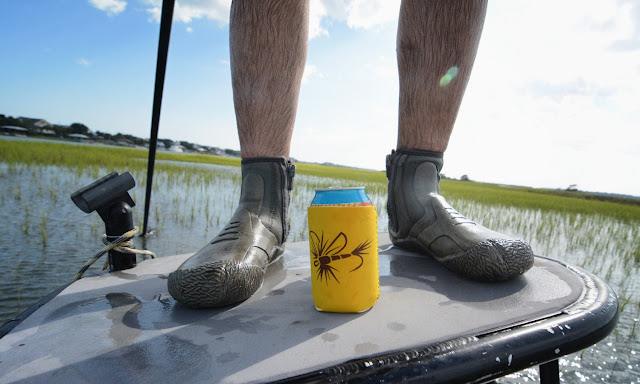 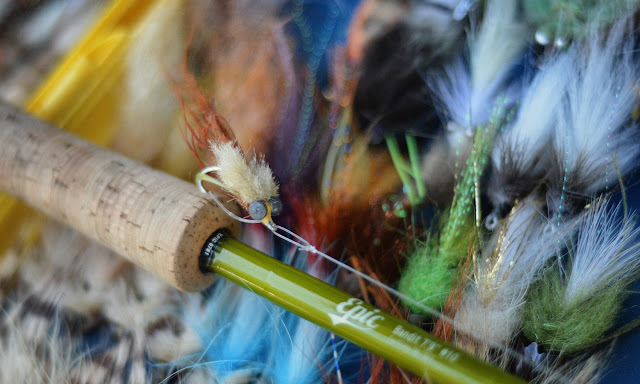 Some of the best flood tides are yet to come over the next few months and it's likely that I'll make at least a couple more trips down.  It's nice having redfish in my backyard less than two hours away.

Thanks again to Jeremiah (and his wife, Billie Jo) for the hospitality and letting me crash in the spare bedroom overnight.  It was much appreciated.