The B.I. Chronicles - A Day With Mr. Smiles

It seems weird to be still writing about Beaver Island when I'm sitting in an airport trying to get home from Wyoming, but there's still a few more stories to tell.

On this (thankfully sunny with minimal wind) day, photographer Alex Landeen and I were paired up with Captain Kevin Morlock of Indigo Guide Service.  I always get a kick out of fishing with Alex and Kevin was in the mood to go exploring a little farther out which sounded like a good idea too.

Alex is a heck of a photographer so I always pick up a few tips from him as well but now thinking back I'm wondering if he's the one that set my Nikon's ISO at 8000?  Took me a while to figure out why all my images were blown out no matter what.  Duh... 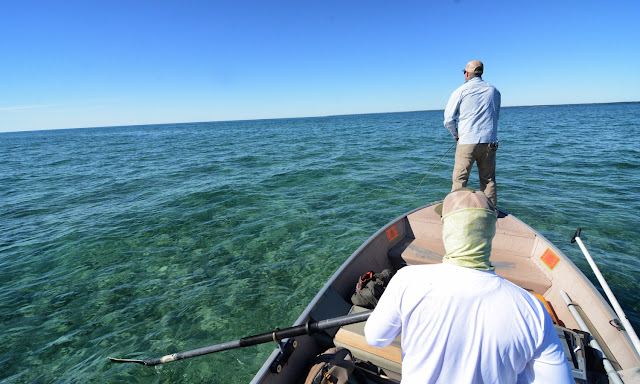 There are a lot of reasons to like Alex as he's just one of those people that are seemingly always having fun, smiling, and laughing.  Alex tells great stories, can dig deep for an obscure movie quote (complete with impersonation), and is known to sing out over the flats to lighten the mood.  Above all, he's always smiling.

The day started with a Kevin seeing a large carp nose down in about eight feet of water.  Alex made a long and accurate cast with Kevin audibly counting the fly down so that we knew it was in the rocks.  Alex made one short strip and felt a strong take, of a tree.  We all had a laugh, congratulated Alex on his presicion and skill, and he placed it back in the water to fool another carp angler at some point. 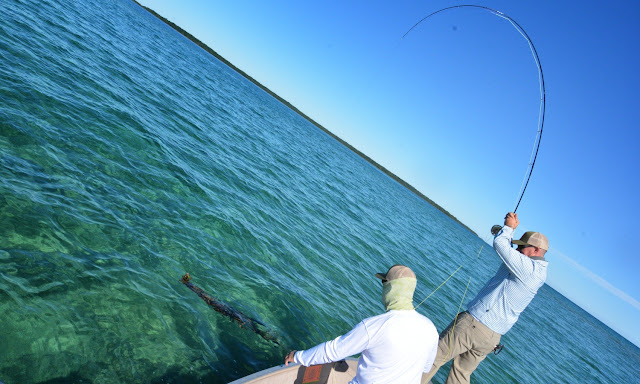 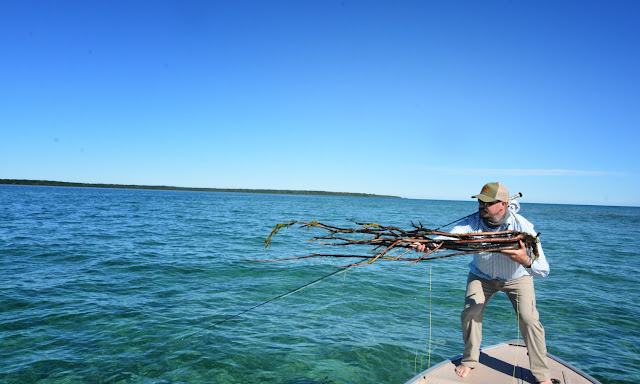 The rest of the day Alex went tight on several other carp including one that broke from a group of cruisers in deep water to scarf up the fly on the drop and several more on the small island flat that we spent the better part of the day on.

The highlight of my day was putting coming up on a group of several dozen carp in a shallow bowl near the corner of an island and in the middle of fifteen to twenty pound carp was a forty pound female sitting stationary in the mix.  I laid one cast past her and brought the fly in front of her nose.  She turned towards it, gave it a look, and turned off to slowly swim off the flat into deep water. 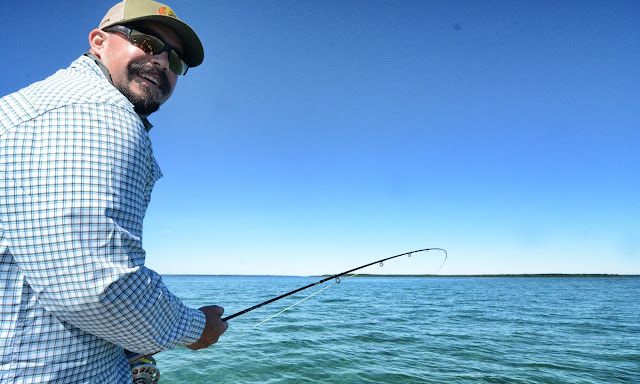 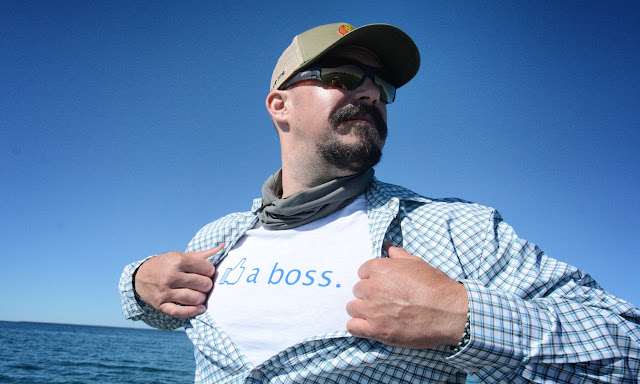 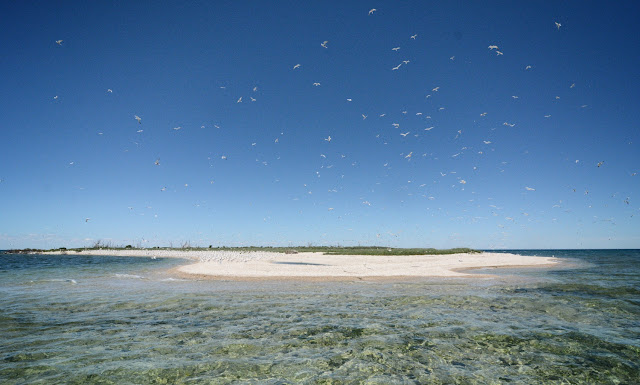 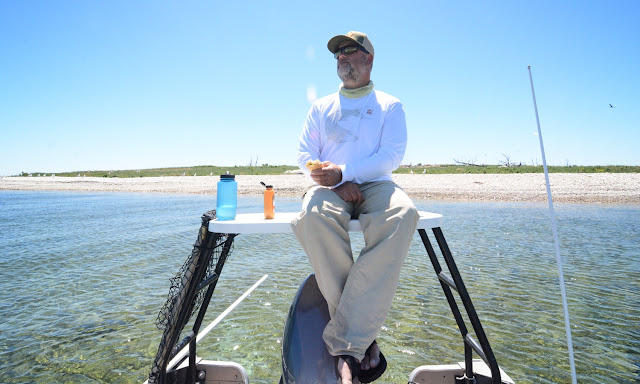 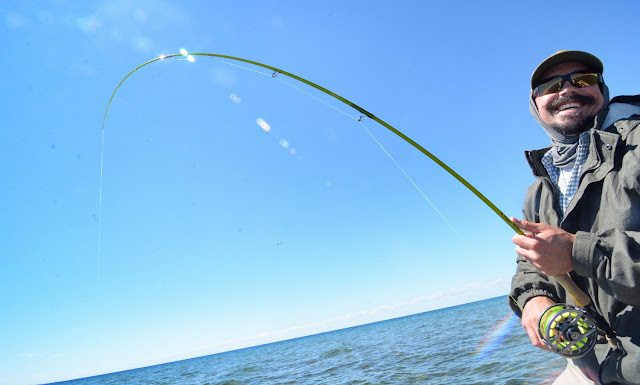 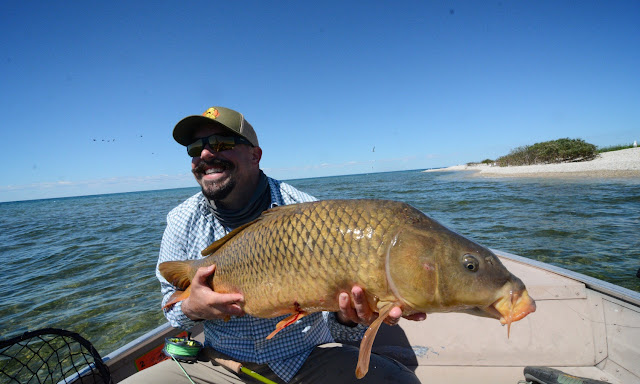 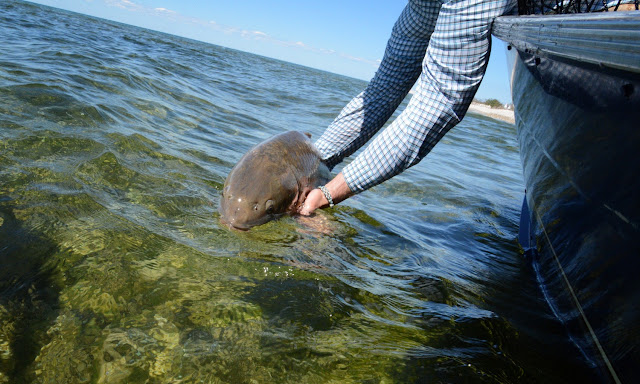 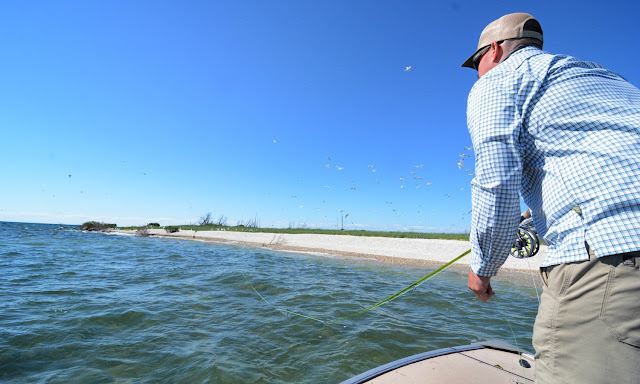 The second highlight was putting the Epic Bandit in Alex's hands and see the biggest smiles of the day as he took on a large carp on glass.  Mr. Smiles strikes again on Beaver Island.

The day ended with the wind kicking up making for tough presentations but the carp all over the island that we were on.  It was a good day and we all left the water happy.
Posted by Cameron Mortenson at 1:03 PM

Landeen is one of kind for sure. Looks like an awesome day. Thanks for sharing.