Last week I had the opportunity to speak to the Pisgah Trout Unlimited chapter at their monthly meeting and even though I had asked for the day off from work weeks before, I really didn't an exact plan of what to do leading up to the presentation.  I had the day off which seemed like a good enough excuse to go fly fishing in North Carolina for the day and fortunately it took just a handful of text messages and phone calls to work out some makeshift details with David Grossman from Southern Culture On The Fly, fly rod craftsman Chris Barclay, Danny Reed of Crooked Creek Holler, and guide John Smolko. 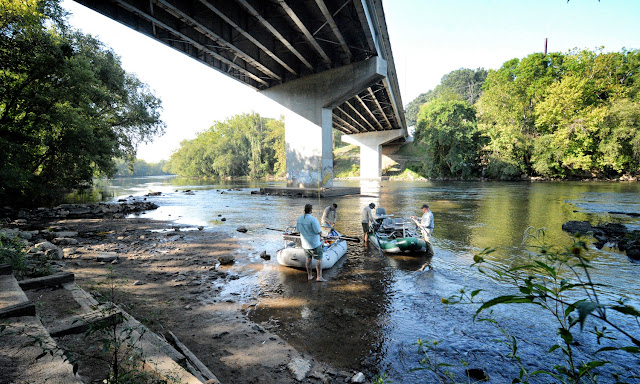 The plan was to meet at the new SCOF office on the outer edge of Asheville and then drop into the French Broad River float in a couple rafts for a local float.  The river was clear and had been fishing fine which seemed like a good enough reason to go looking for a few smallmouth.  It was a laid back float with us zig zagging downstream picking off smallies here and there.  Smolko worked us down river with Chris up in front with the hot hand.  He put some serious bends in the two prototype six and seven weight fiberglass fly rods that he brought along.  I caught a few from the cheap seat while Danny got a few eats with David on the sticks.  All in all an excellent day on a river that doesn't always give up a lot of fish. 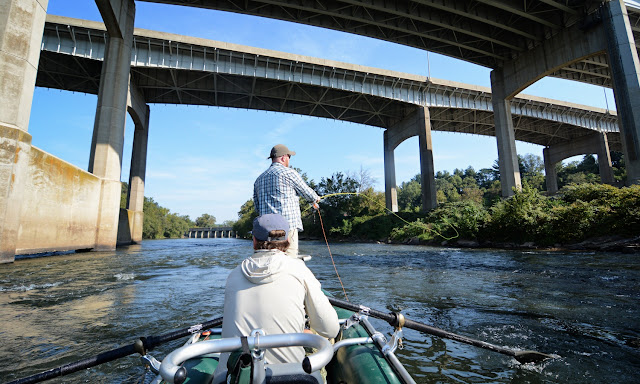 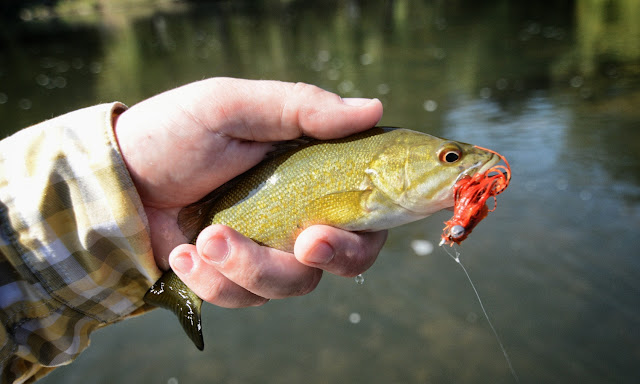 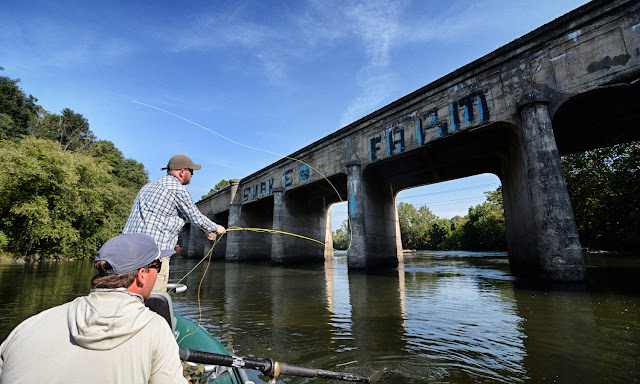 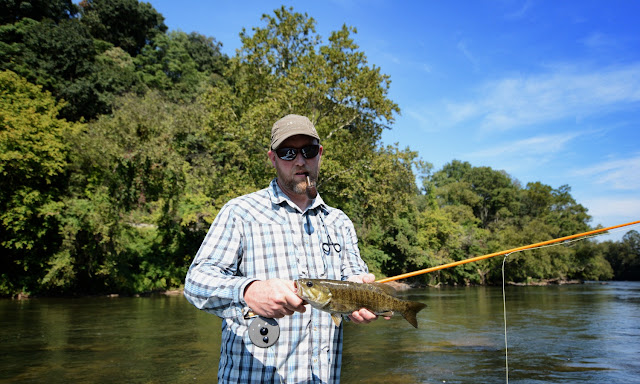 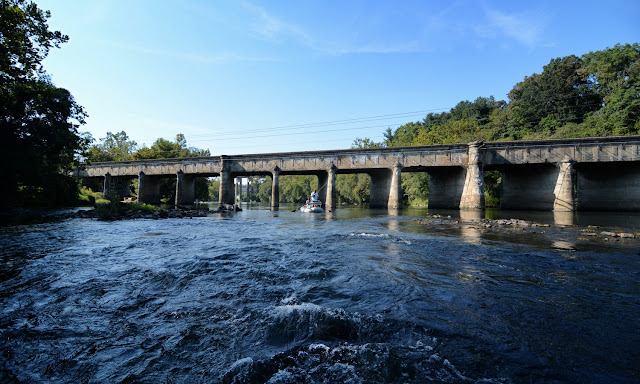 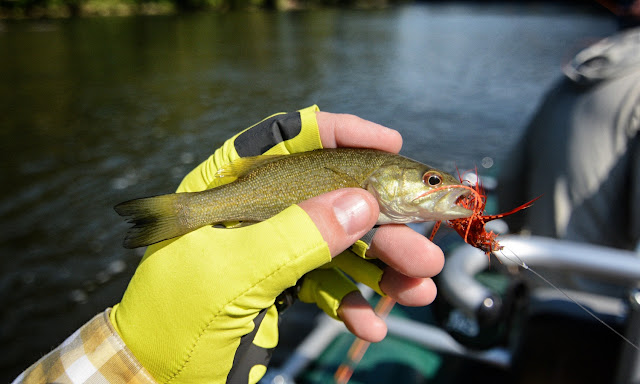 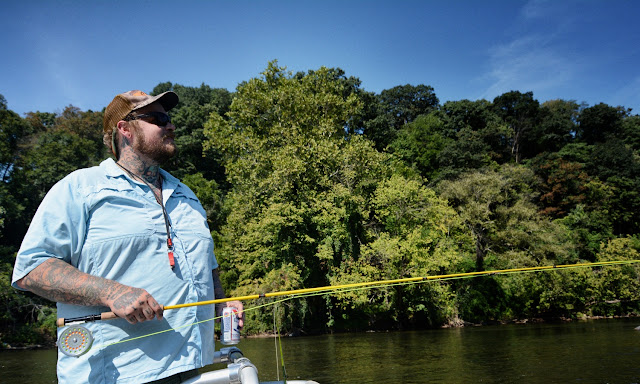 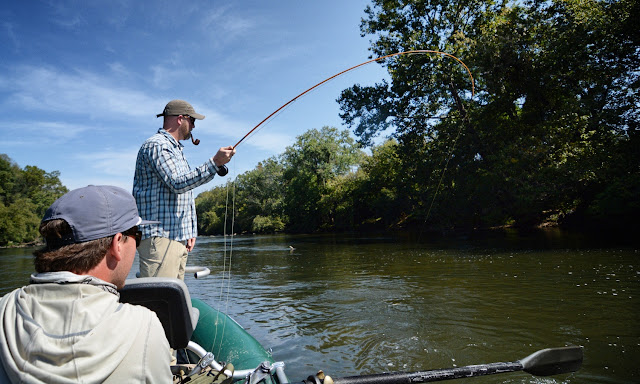 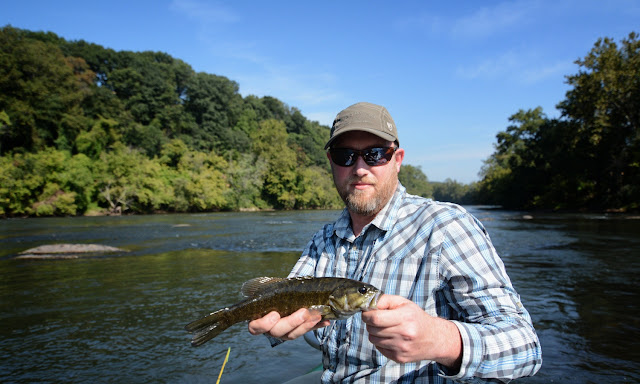 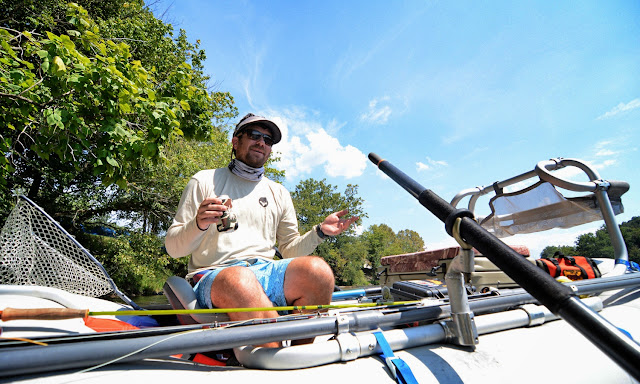 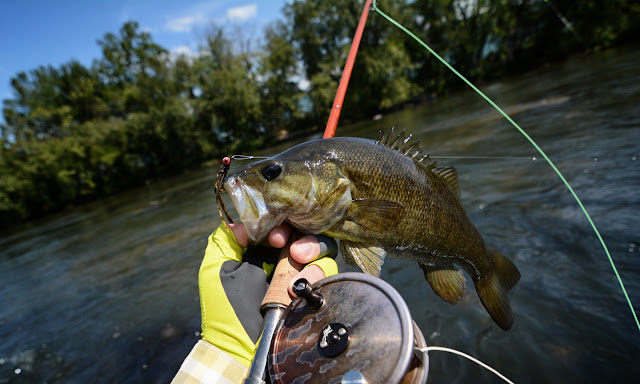 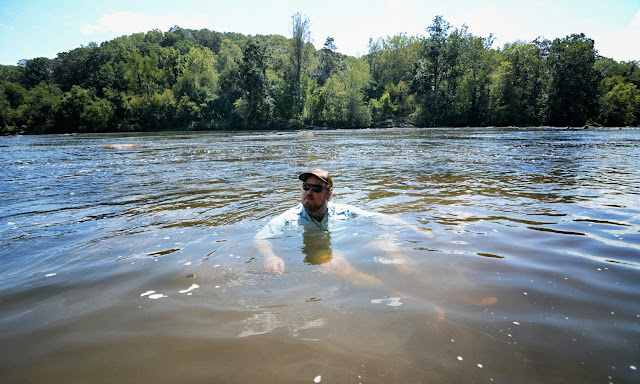 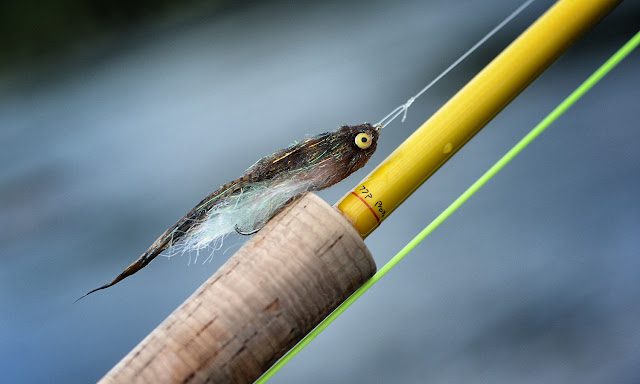 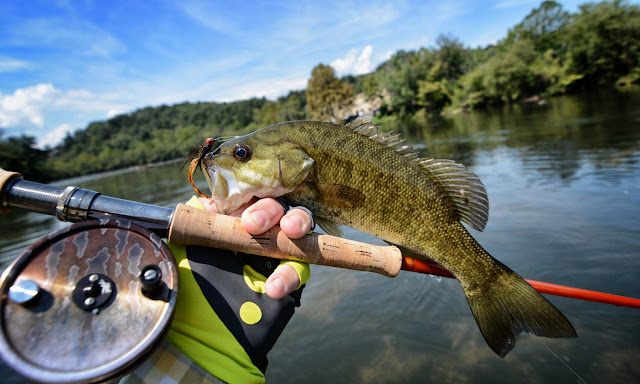 This was a trip with fish numbers measured in dozens which was a lot of fun even if some were on the small side.  Days like this only make you want more days like this.  Thanks to everyone clearing the schedule to make it happen.

P.S.  SCOF has a new t-shirt that says it all.  It's great to have friends with rafts, driftboats, skiffs, Gheenoes, kayaks, flats boats, canoes, a piece of plywood, etc. to make for stellar days on the water together.  Get yourself one, that is unless you don't have any friends...
Posted by Cameron Mortenson at 6:00 AM