I mentioned in the last post but for two of the days fly fishing with Blue Horizon Belize, both guides Lincoln Westby and Ransom Nunez worked together from the back of the boat in finding permit tails, telling stories, and working me through what I should and should not be doing at the bow of the panga.  Ransom worked alone on the last day and we started early and he stayed out late in hopes of us catching at least one permit to end the trip.  The closest I came to this success was a permit eating the small crab fly only to pull it out of it's mouth when I felt the tug.  Damn.  So close... 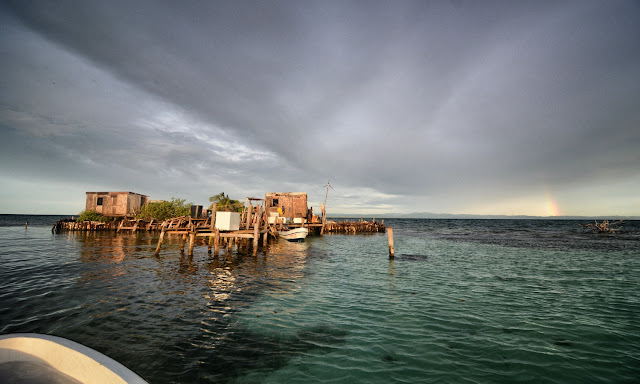 Like I mentioned, we started early on the last day since we were hoping to catch a few permit on the flat with a favorable tide.  The 6:00 a.m. start gave us no permit to cast to but a beautiful view (complete with a rainbow) that was worth getting up early for.  We returned to IZE Resort for breakfast, picked up the cooler with lunches and drinks, and we were back on the water by late morning.

Something noteworthy about the Blue Horizon Belize operation is that the guided fly fishing can be planned around the tide schedule.  Early tide?  Plan on being on the water as the sun is coming up.  A break in the afternoon for lunch and a nap may come into play so that you can take advantage of the evening tide as well.  These guides are all about permit and want to do whatever possible for success. 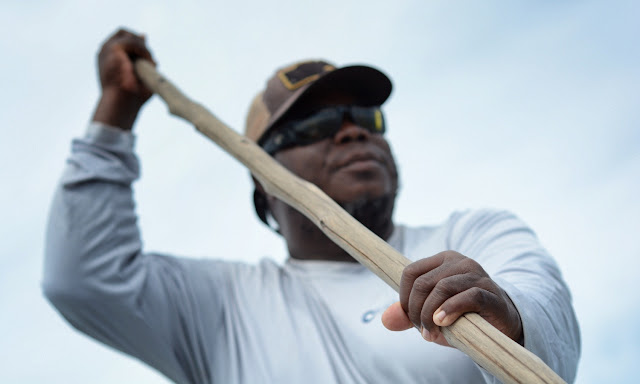 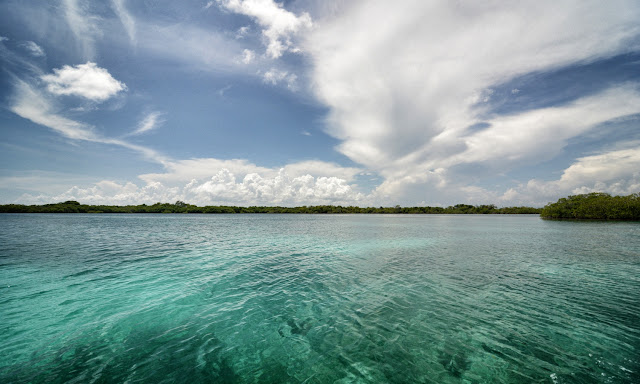 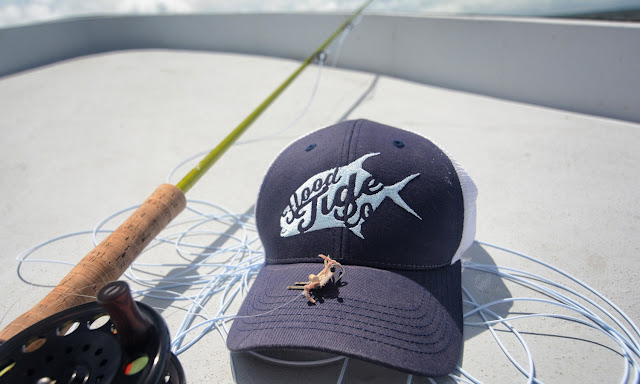 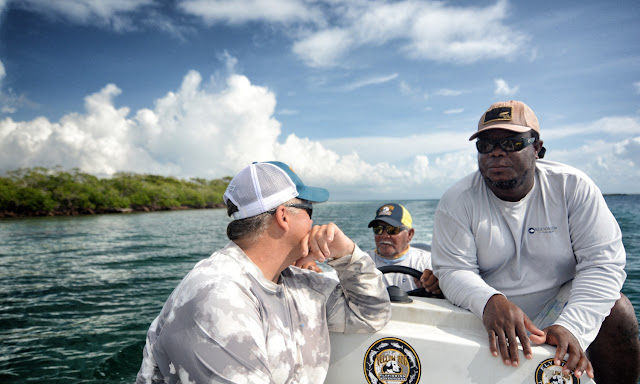 I mentioned it in the last post but Lincoln Westby has spent a lot of time with many of the local guides teaching them up and Ransom, being both his nephew and fly fishing guide, shows an incredible amount of respect for the Permit Master.  Their styles are very similar and Ransom's sharp eyes and soft spoke instructions made for a great experience in being guided for what is considered one of the toughest fish to catch on the fly. 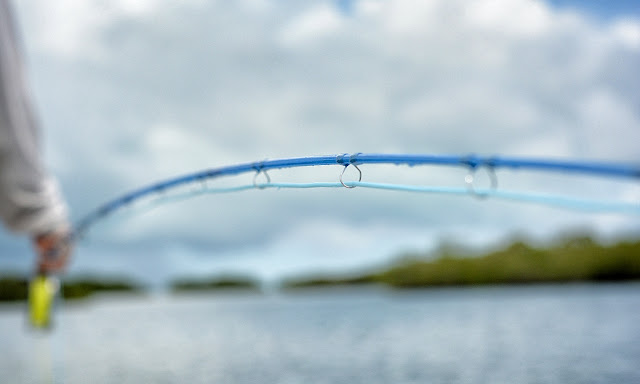 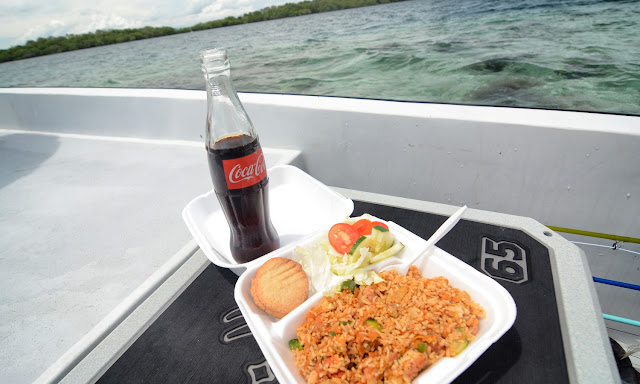 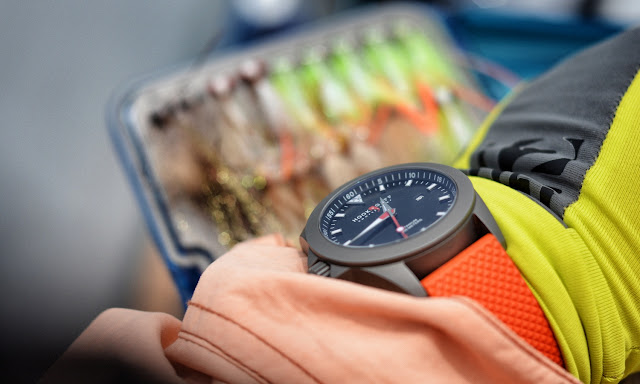 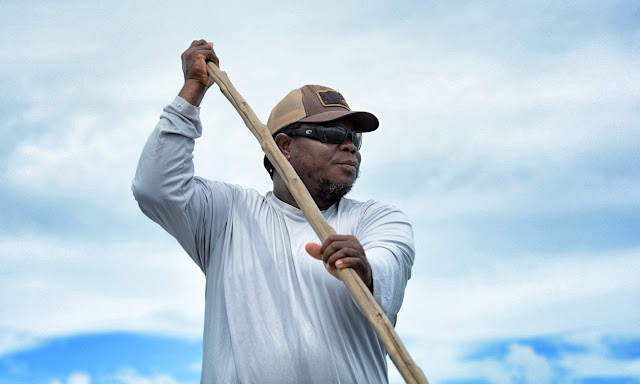 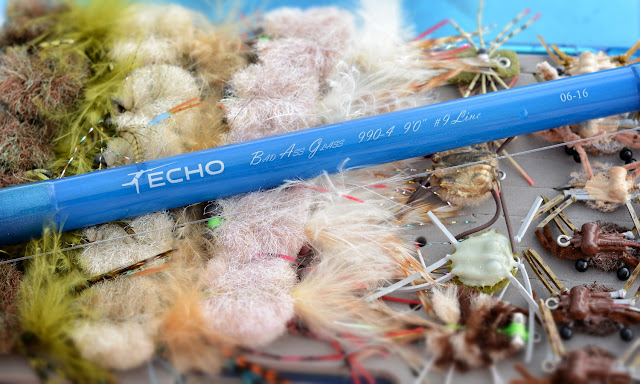 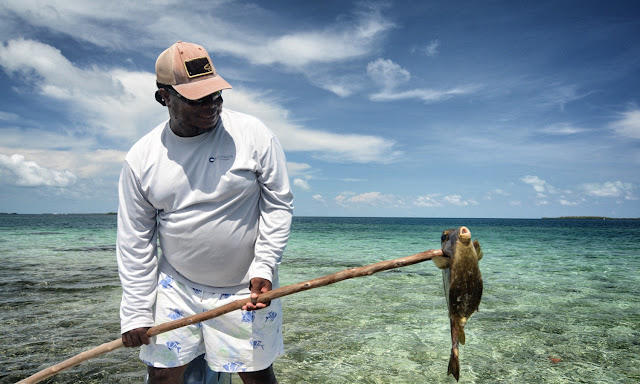 The only fish caught on the flats while looking for permit was a large boxfish that Ransom spied swimming past the back of the panga.  Ransom jammed the wooden push pole into the sand to stop the boat and waited.  Sure enough, the boxfish turned and swam back towards the boat.  Ransom turned the push pole around where the tip was more pointed and waited.  As the boxfish swam within striking distance, Ransom deftly jammed the push pole through it's head with a loud TWACK.  This was instant death and Ransom pulled the boxfish off and tossed it on the floor of the panga to take home for dinner.  The boxfish is dubbed the "chicken of the sea" and when it's body is opened up, there are two large fillets on either side that look very similar to chicken breasts.  Ransom said it's very tasty fried and it doesn't get much fresher than this. 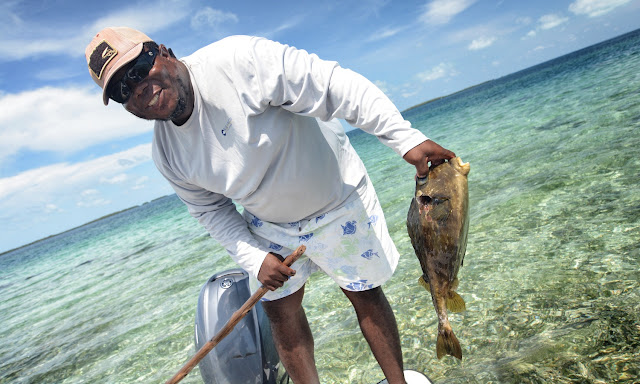 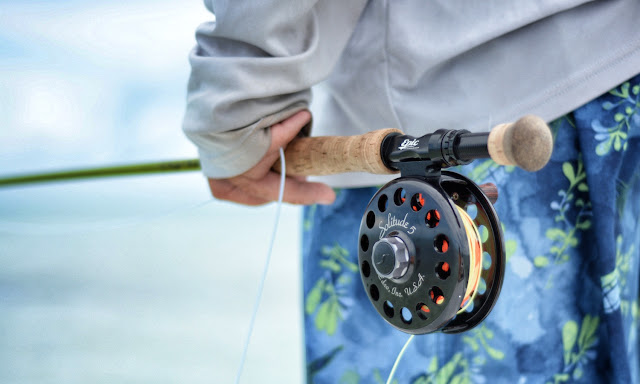 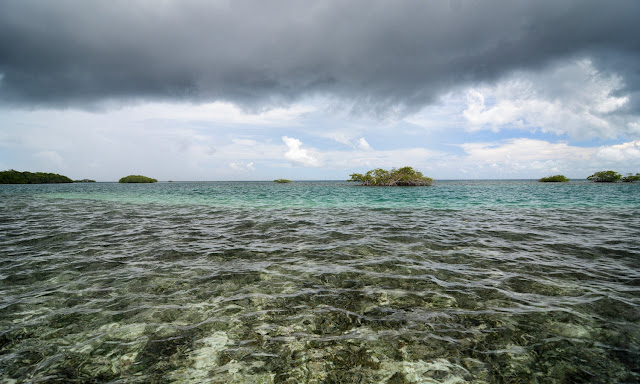 As afternoon was moving towards evening on this last day, the wind changed and the tide kicked in.  Ransom mentioned that this was exactly what we were looking for and within minutes we started seeing tails coming out of the water on the flat we were on.  A single here, a single there, a group of permit on the edge of the flat over there.

This is what we had been waiting and hoping for each day and it was happening.  Water was pushing over the flat just like it should and over the course of the next ninety minutes we saw a dozen in a half permit and I was able to get some solid shots at happy fish tailing who were actively looking for something to eat.

Something that that keeps playing over in my brain on a cycle is that we came across a group of six or eight permit that were all well over twenty pounds with huge black tails waving above the water.  These were all very large permit.  I made a long shot on what we thought was the lead fish only to find that there were several permit in front that didn't care too much for a fly line coming down on their backs.  The permit all blew off the flat and I finally exhaled.  So close again. 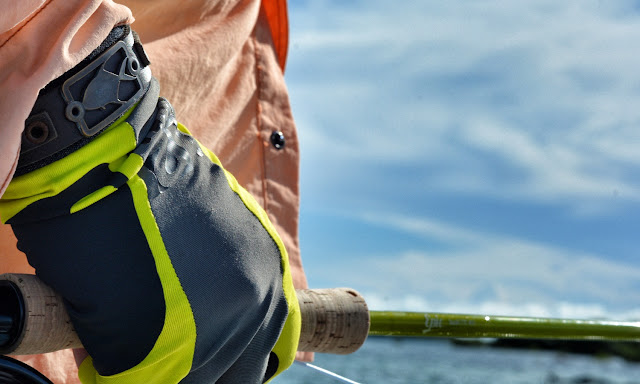 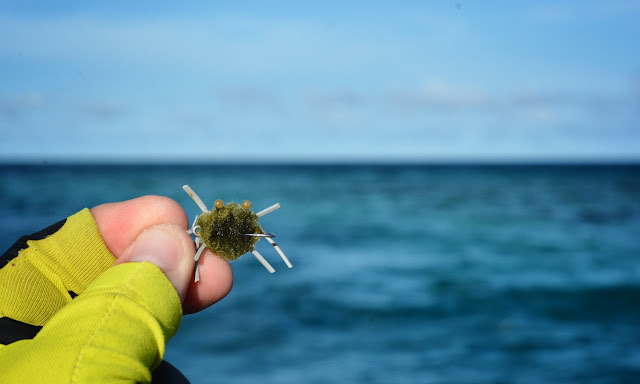 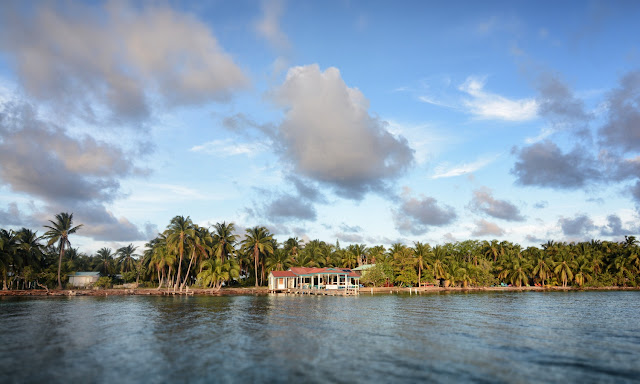 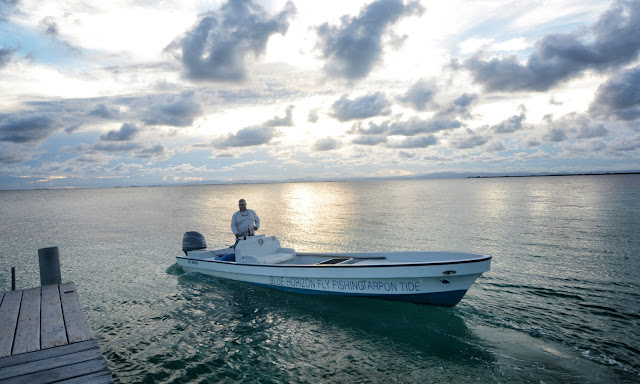 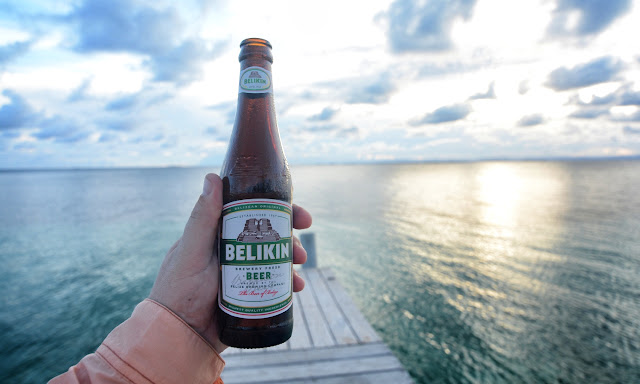 So, four great days on the water with Blue Horizon Belize and my learning curve on permit went a long way even if I didn't catch one.  There's always next time and I will most certainly be back.

Would love to hear your thoughts competing the Echo vs epic...what line were you using? Sorry if I missed in an earlier post ...thanks as always

Jay... I am going to put something together on the ECHO B.A.G. and the Epic Bandit. I really haven't covered gear on this trip in any of the previous posts.