No Dice On The Low Tides

When Phil Croff and I started talking about his southern swing, he mentioned that he really wanted to do two things; eat oysters and cast a fly at a redfish.  Phil had a presentation planned for one of the evenings at Lowcountry Fly Shop which gave us two days with crazy low winter tides to look for redfish and Leon's Oyster Shop hit the mark for a few shucked local fresh oysters.

We spent the first afternoon with Captain Scotty Davis of Lowcountry Fly Shop and the second afternoon with Captain Jason Shepard of Fly Times Fishing Charters.  When I say we fished the low tide, we fished the lowest of low tides.  Creeks that typically hold water at low tide were down to a trickle.  Flats that usually have water on them were pluff mud simmering in the sun. 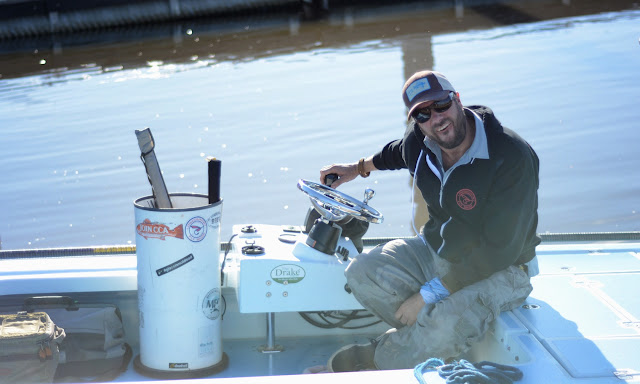 Hardy had a great time both days hanging out in the skiffs.  The second day she just couldn't help herself and jumped onto a mud flat only to jump back into the boat and shake herself off all over the three of us.  Imagine a thousand watercolor brushes dipped in brown gray paint going everywhere.  We (and the skiff) were covered. 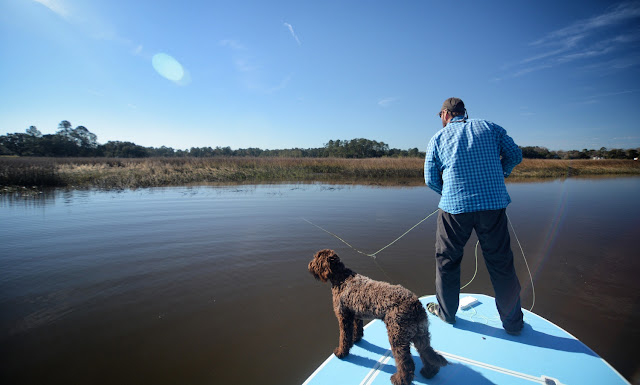 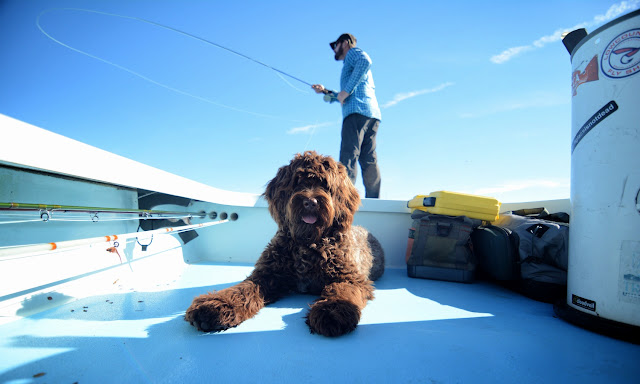 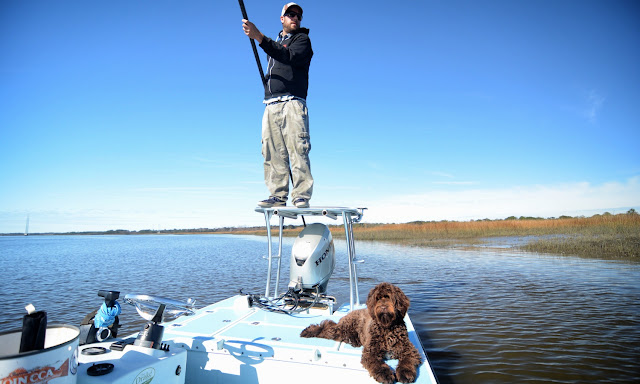 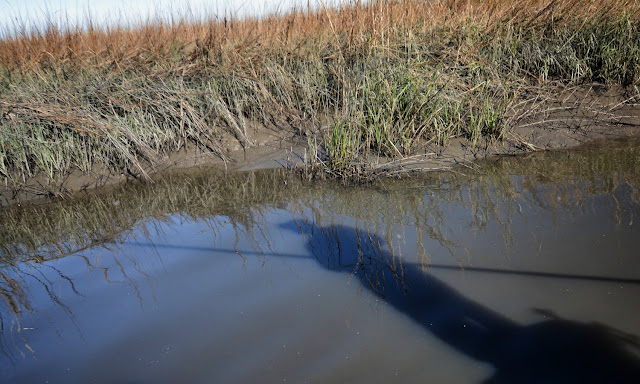 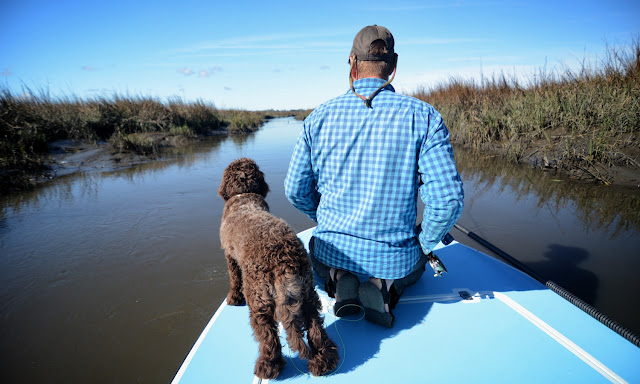 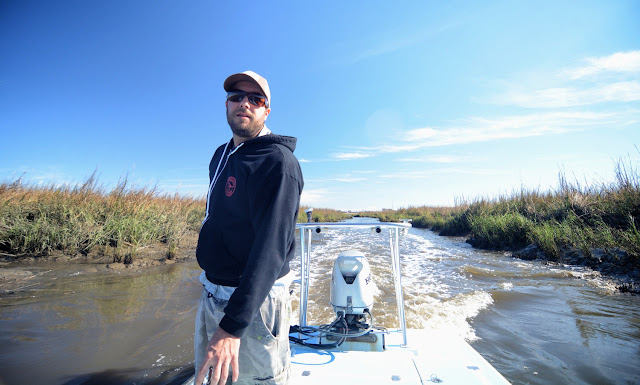 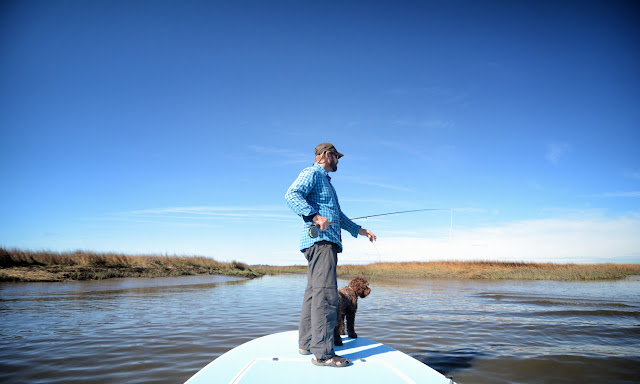 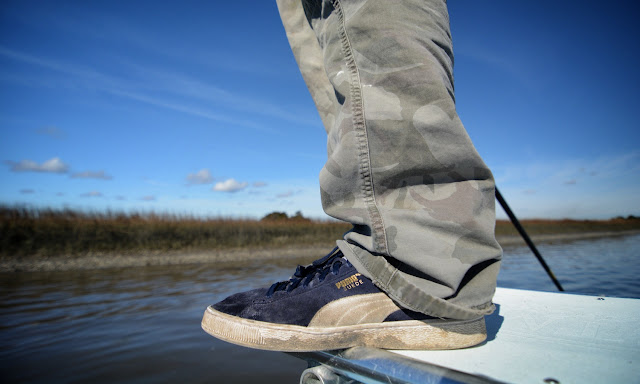 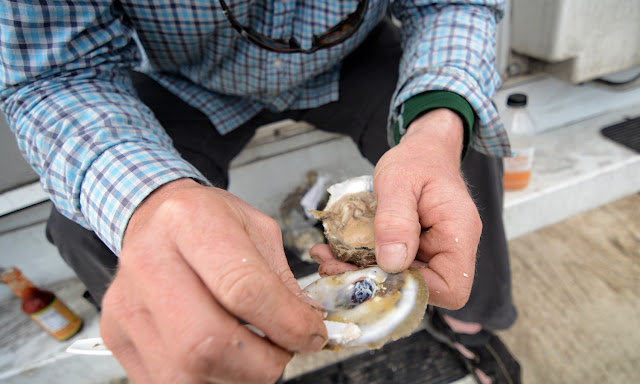 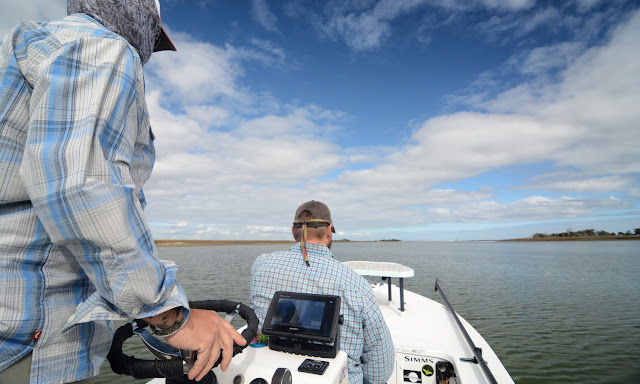 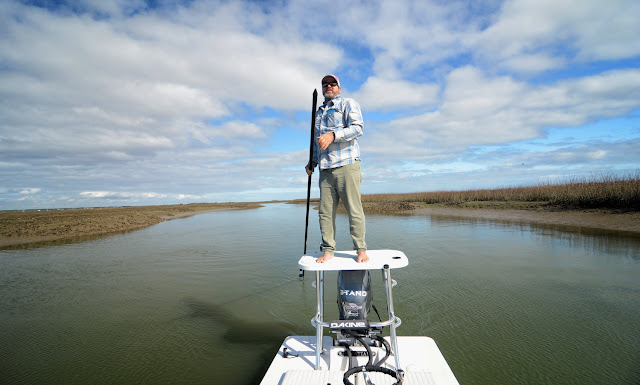 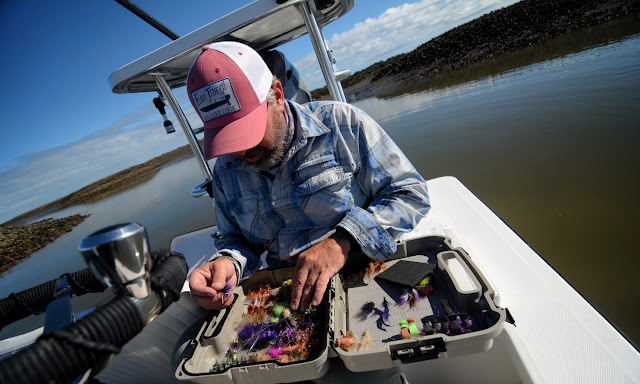 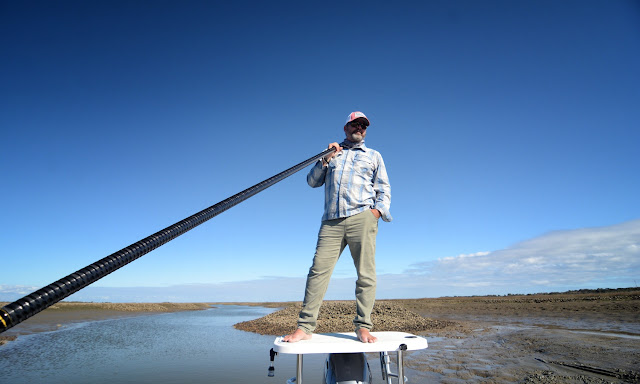 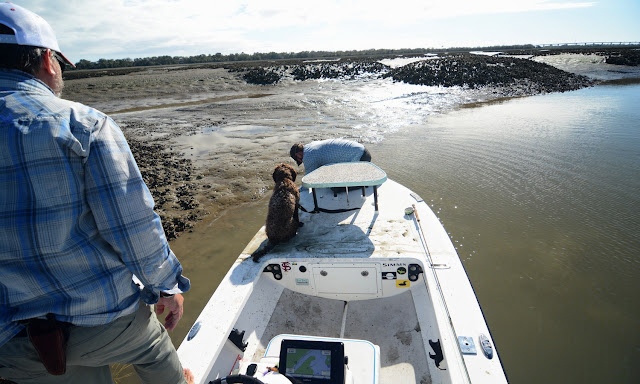 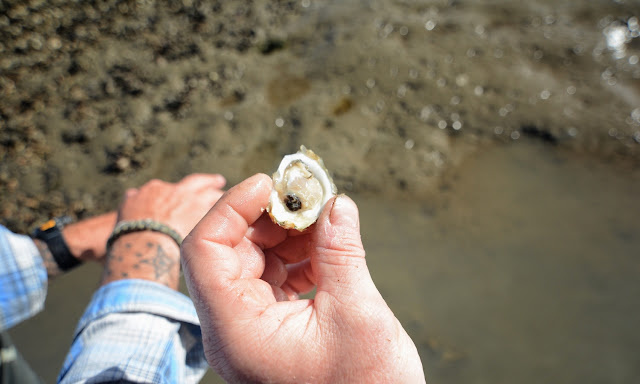 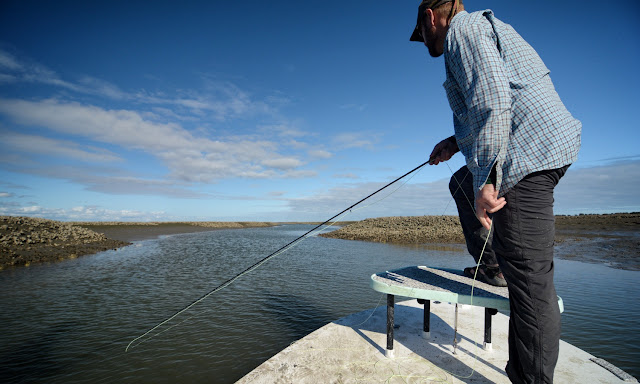 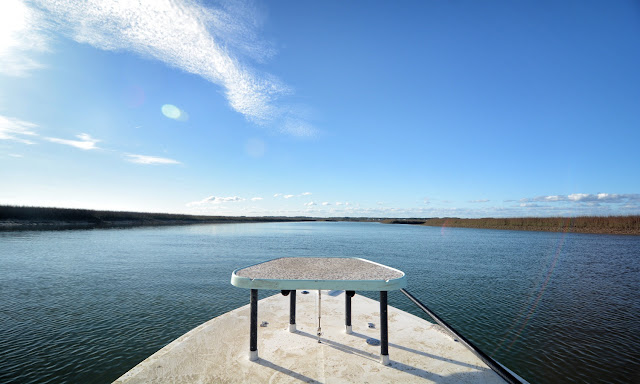 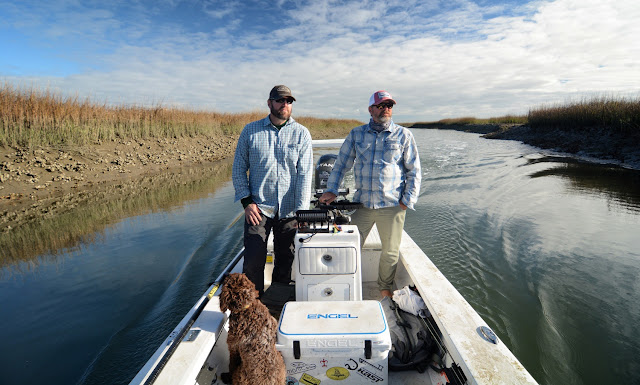 We moved a few redfish around on the first day with Captain Davis and Phil had a few more shots on the second day with Captain Shepard taking far back into some out of the way flats.  He had a momentary hook up at the end of the last day just to create a spark that he needed to come back for another shot.  Redfish can be fussy bastards on the low tide and he'll get another shot when they're tailing in the grass.

Planning a trip to Charleston?  Booking a day with Lowcountry Fly Shop or Fly Times Fishing Charters are a sure bet to get on some redfish.
Posted by Cameron Mortenson at 6:00 AM

I met Captain Jason D Sheppard "Shep" on a trip to Charleston October 2015. The goal of my
trip was to catch my first tailing Red in the grass and get some work done while I was in town. I ending up leaving that trip with so much more. A new network of friends, some good fish pics, and new trips to look forward too.

We hit many different spots and throughout the days on the water started talking about the different places we have fished in the past and future endeavors. Since that first trip to catch Reds in the grass, I have fished with Shep in the Everglades, Louisianna and throughout the Charleston area. His passion for fly fishing, teaching, and helping people accomplish their fishing goals Is just what is needed to by a new angler or the most traveled fisherman to get fired up about a new fishery or species and want to learn all you can about it.

Thank you Jason for the time we have spent on the water. I look forward to new adventures in the future and the next fish we chase.

Colby... Great to hear others great experience. Thanks for posting.