I haven't talked about it much online but over a year ago my father had a pretty significant surgery that put him down for the better part of the last ten or twelve months.  The surgery was tougher than expected on him and there were a long list of complications that occurred in the months after that ranged from infections to weight loss to additional surgeries to more weight loss to depression and it left of all wondering what was going to happen next.  The last couple months however my dad's health has rebounded, he's feeling strong, put on some weight, working out and it's great to see him smile and laugh again.

As plans were coming together to run up to Michigan for an event that my mother was involved in, I called Captain Steve Martinez of STM Outfitters and Indigo Guide Service to see if the front and backseat of the Stealthcraft were open and to scribble us in on the calendar for a day on the Pere Marquette. 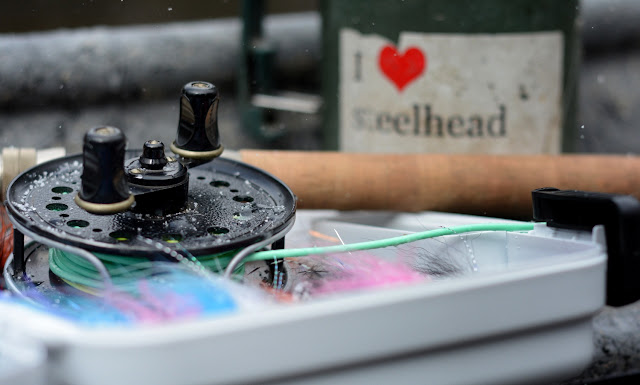 My dad and I were up early and made a quick run up to Baldwin to meet Captain Steve Martinez.  The temperature was in the high teens and we bundled my dad up in Hodgman top to toe with a Aesis HyperDRY Down Jacket, H5 Stocking Foot Waders with the Core INS Wader Liners.  Add to that a Polar Buff fleece neck gaiter, KAST Gear gloves, and a Rep Your Water #glassisnotdead knit hat and he was all set.  The last thing I wanted was for him to get cold and through the day the only complaint was that his feet got a little cold.  Not bad at all for a day that never got above 20 degrees.

We launched on the "Flies Only Water" and my dad ran a double rig of nymphs while I decided to swing flies on the ECHO Glass Switch seven weight which has become my go to stick on that river.  It didn't take long before my dad was into his first steelhead and through the day caught three bruisers, missed several others, and I ended up with two or three solid bumps on the swing.

It's not always about the fish when you're in the boat with Captain Steve Martinez and he's always  good for a joke, to bust your chops for missing a fish or committing to swing flies on a way too cold day, and makes a great streamside lunch.  We were treated to burgers, baked beans, and the last of the Martinez family made tamales warmed up on the grill.  Nothing cold have tasted better. 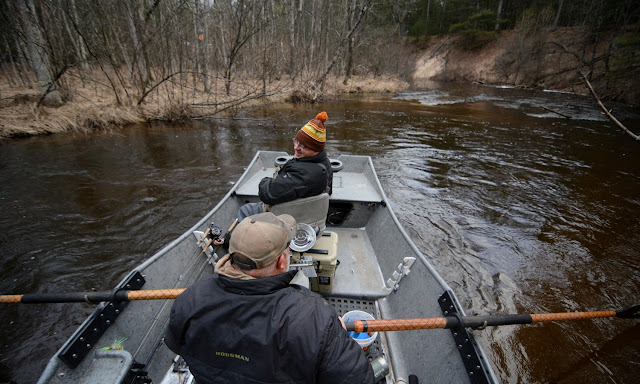 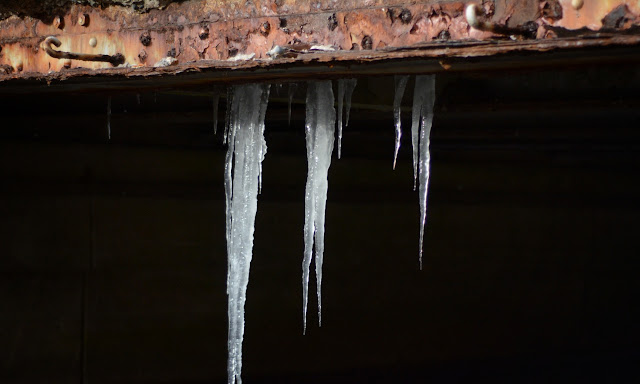 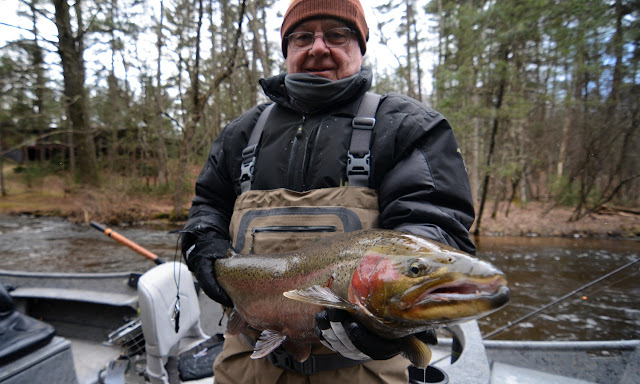 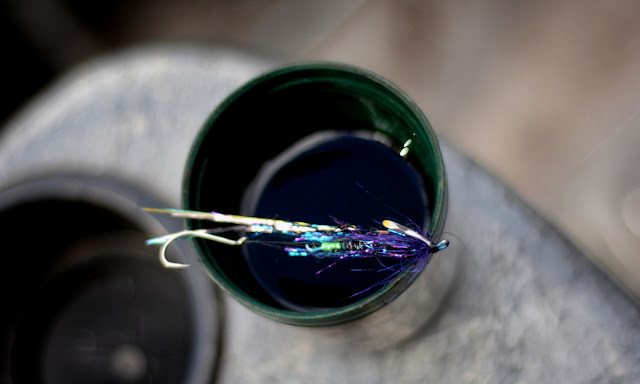 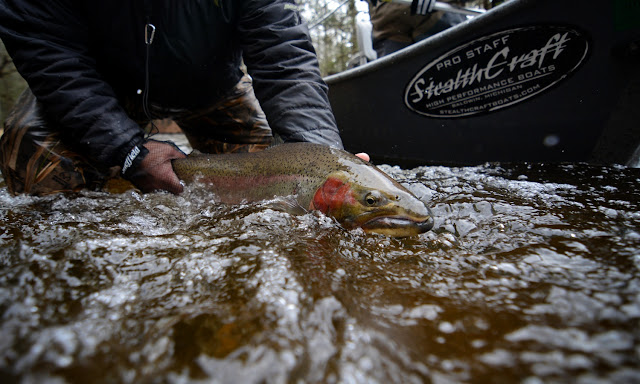 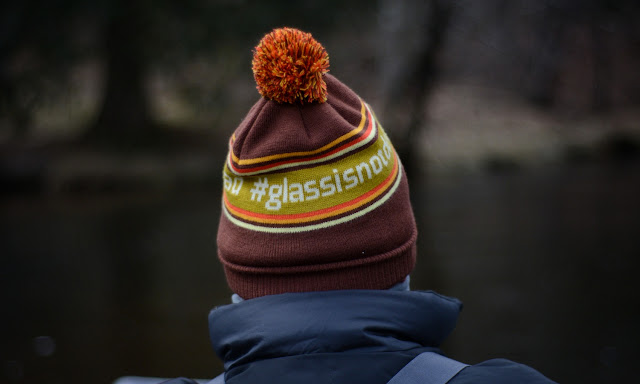 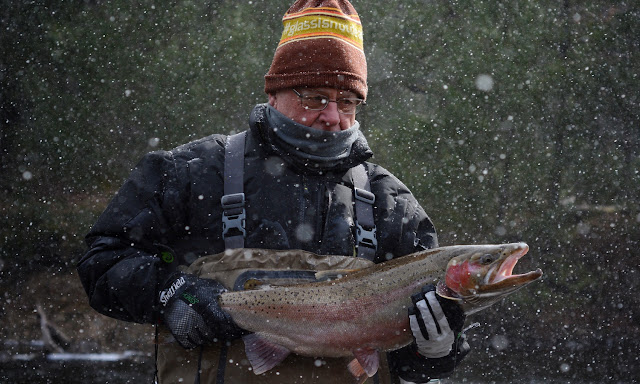 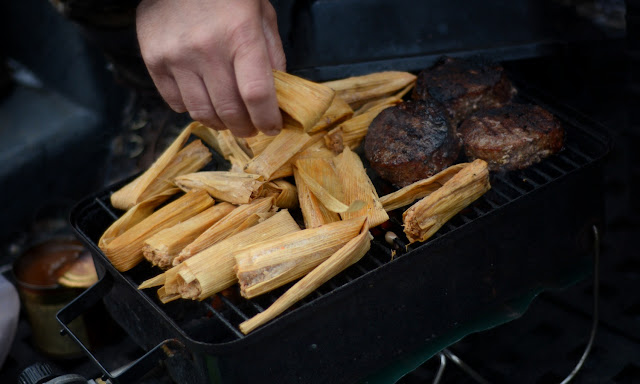 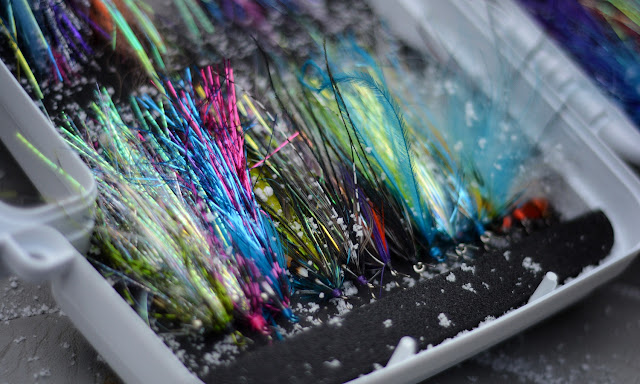 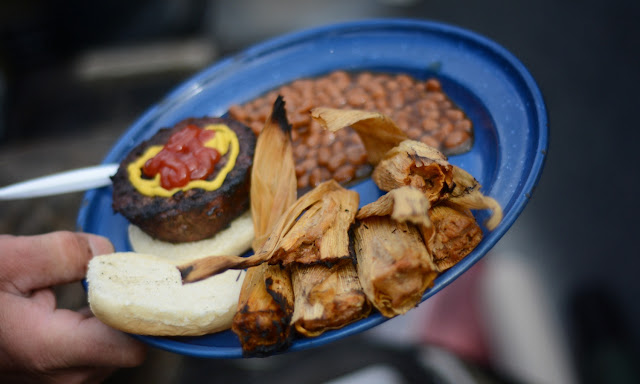 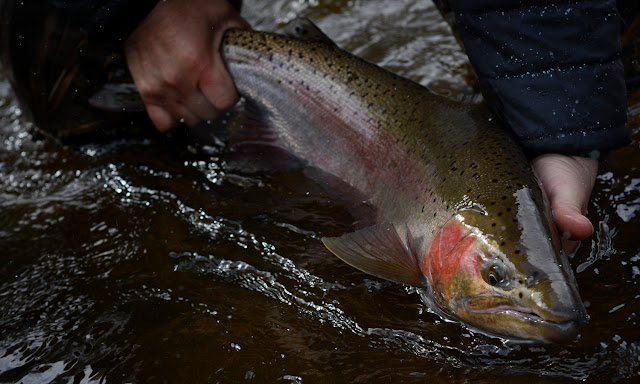 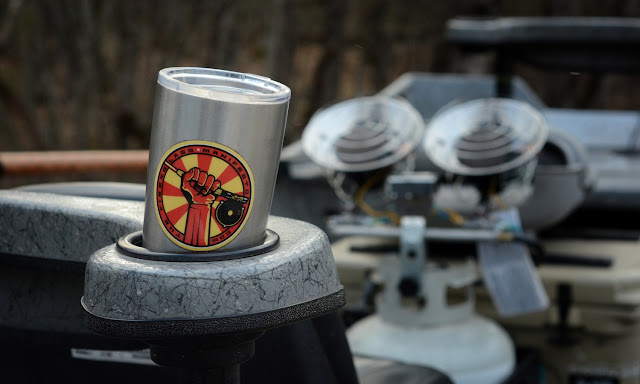 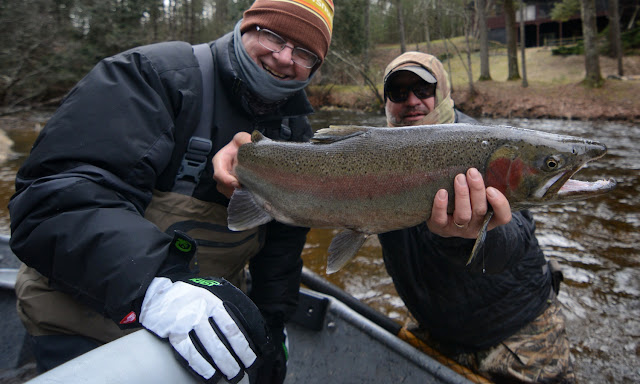 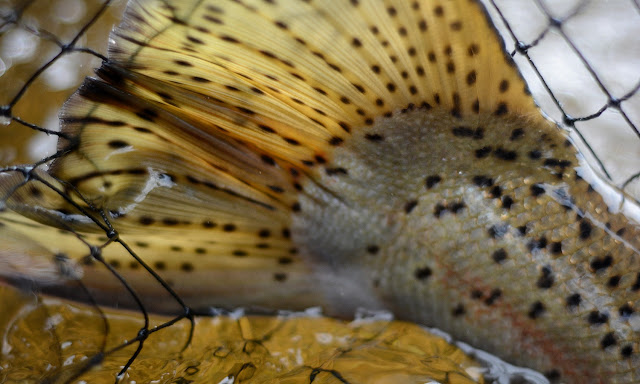 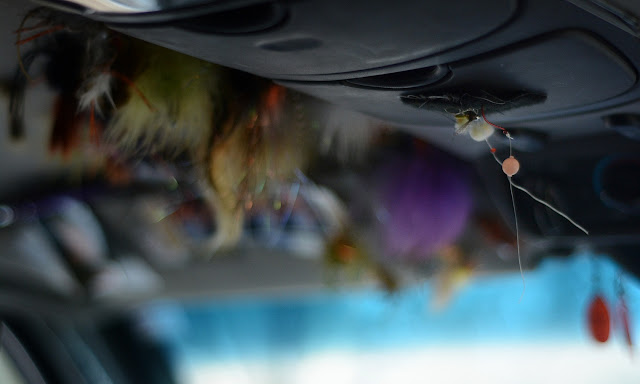 All in all a great day on the water.  I completely farmed a solid take on the swing at the end of the day which will haunt me for a little bit but it was just awesome to see my dad smile and have a damn good time in the boat with Captain Steve Martinez.

We were halfway back to Grand Ledge from Baldwin on 131 before I looked over at my dad and said that I finally felt warm again.  He laughed and said he was thinking the same thing.  That gas station coffee and the heat blowing full blast at our feet finally made it into our bones.

Looking for a great day on the water?  Be sure to give Captain Steve Martinez a shout and check out the STM Outfitters and Indigo Guide Service websites.  Along with steelhead, he's got some prime dates open still for Beaver Island.
Posted by Cameron Mortenson at 6:00 AM

A day on the water with Steve is indeed a good day. Bust your chops is an understatement, he is great fun, and the food is always real good.

Cam, your post hit home in many ways. Thanks for posting.

Timothy... Get back home. Michigan is a great great state.

Ralph... Thanks. Great to see my dad at full strength again.