A couple of weeks ago I had a telephone conversation with Brandon Jorgensen of Decade Reels and he let me in on a special collaboration fly reel series that he was working on with artist Paul Waters.

Without knowing it, you've likely seen Paul's work with the many illustrations and designs that he's worked on within fly fishing and beyond.  I've always thought his work was excellent and he has an innate ability to capture so much in a single piece of his art. 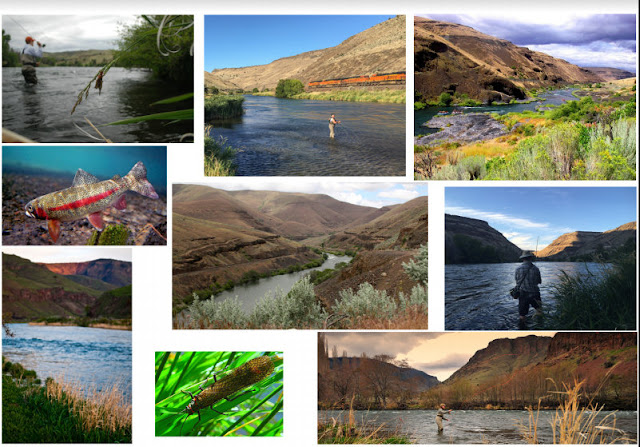 The focus of this fly reel series was to focus on Brandon's affection for the Deschutes River and capture what the river and area is about with a piece of artwork that would be etched into the bamboo discs that would then be glued on the backside of the click and pawl Decade Reel.

I asked Brandon if he'd mind showing the T.F.M. readership behind the curtains with some insights on how this project came together and what it takes to get to a completed fly reel.  Brandon obliged and send along a stack of images along with some narrative to explain the process.  Enjoy this. 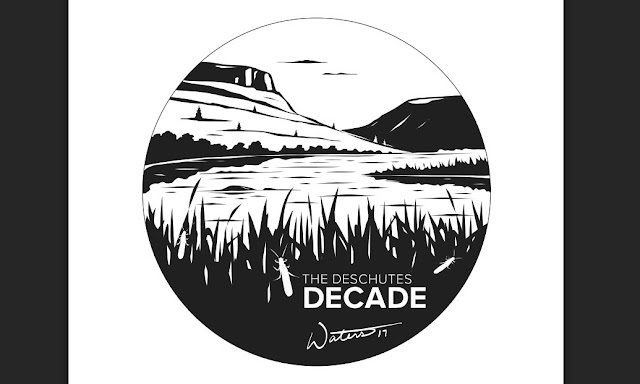 "This was the design that Paul created from the inspiration board and he absolutely nailed it.  The subtlety of the salmonflys in the tall grass that comes right to the rivers edge and the canyons and plateaus in the background....to me this perfectly captures the feel of the lower Deschutes River.

We decided to run this artwork with the bamboo grain running horizontally rather than the vertical grain I usually go with to compliment the river and sky.  This is also the first time I have had the "Decade" logo raised rather than cut away so I was excited to see how the engraving would come out." 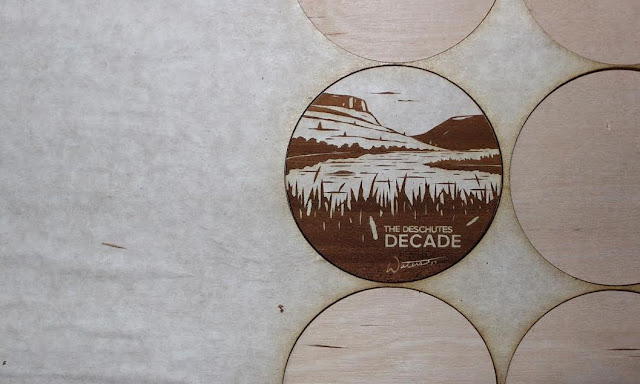 "Before the parts are laser cut, a thin layer of adhesive backed paper is laid out over the bamboo sheet to prevent the artwork from burning the bamboo.  I wasn't sure how much detail would be lost with the engraving and we did end up reworking the artwork a couple of times.  On the first pass, Paul's signature and the salmonflys were lost so we bumped those up a bit.  I really think that the final version turned out pretty good." 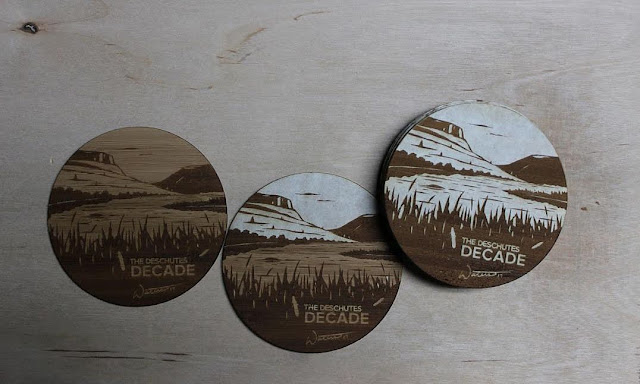 "My first step in finishing the bamboo is to apply a couple of coats of a two part epoxy resin.  This provides an excellent barrier to protect the bamboo against water and weather damage." 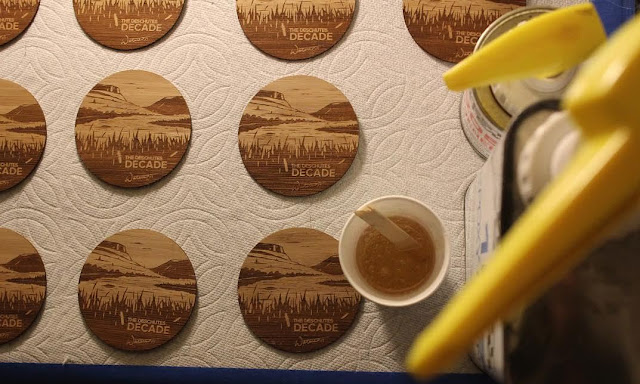 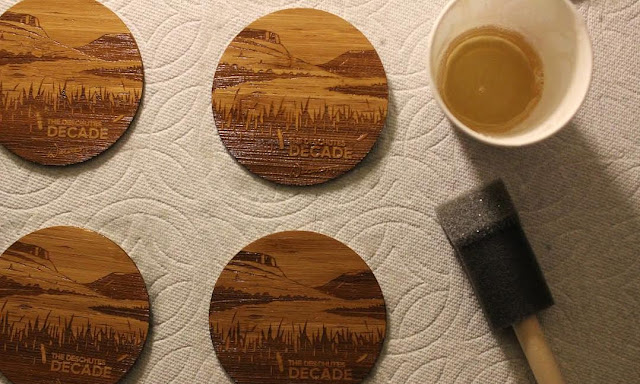 "After the epoxy resin, I use a water based clear with UV protection.  The epoxy does a great job to protect against water but does not provide any UV protection.  Without this step the epoxy resin would yellow and break down over time.  This water based clear also knocks down the sheen level from high gloss to satin to give it a more natural look." 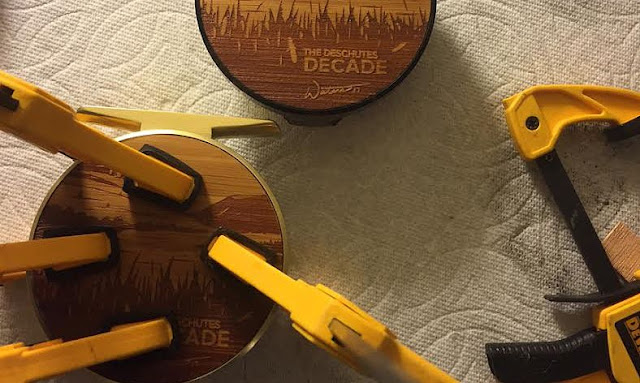 "Once everything is dry I use a waterproof two part epoxy to glue the bamboo to the anodized aluminum reel frame.  I clamp it down to give it a good bond and wipe the excess glue away as it flows out from around the edge." 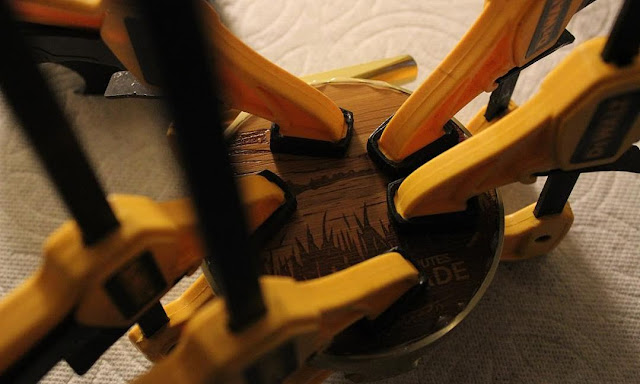 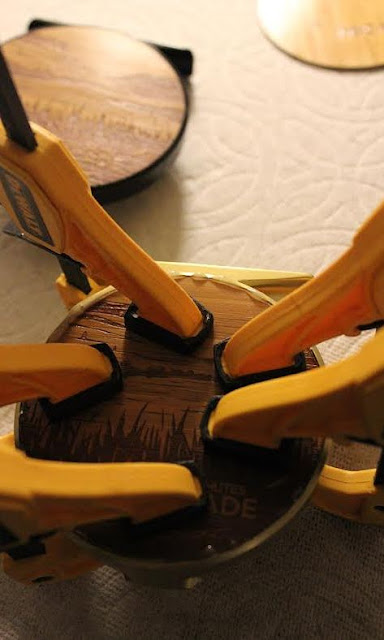 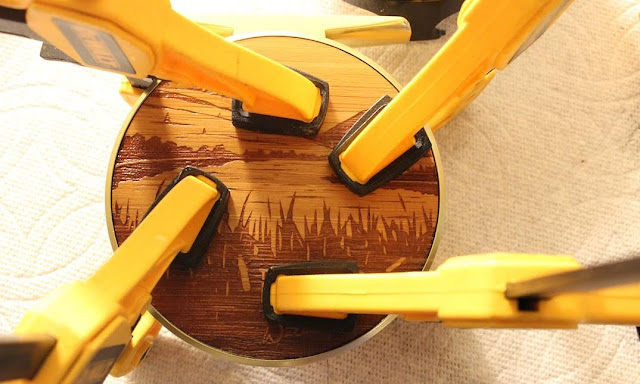 At the recent Fly Fishing Show in Pleasanton, California, Brandon Jorgensen was able to present Paul Waters with one of the first completed Deschutes River fly reels.  That smile says he approved. 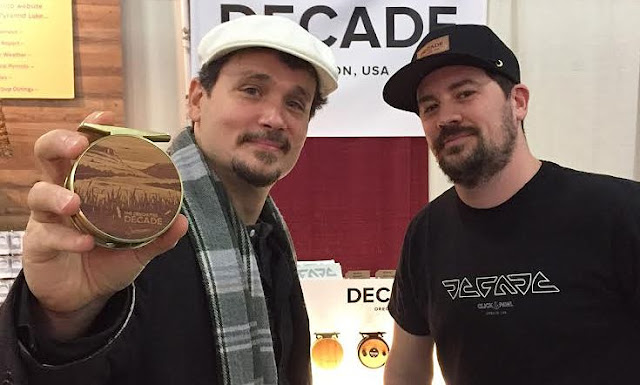 The Decade "Deschutes" fly reels are available in Gold, Black and Clear Aluminum and this small shop "Made in U.S.A." fly reel is priced at $400.00.

Please visit the Decade Reels website for more information or to place an order.
Posted by Cameron Mortenson at 6:00 AM