It wasn't all work and no play on the recent trip to see the friends at Orvis in Vermont and Shawn Combs, Rod & Tackle Divisional Merchandise Manager, and Jesse Haller, Product Development, broke up the itinerary with a float on a nearby river casting large flies for the pike that lived there.

After a quick meeting at the Orvis Rod Factory, we moved gear over from Shawn's truck and my rental into Jesse's Tacoma with a trailered raft in tow.  A quick stop at a local deli for lunchtime eats, a few brews for the cooler and we were off to the river through small towns and the green lushness of the Vermont countryside. 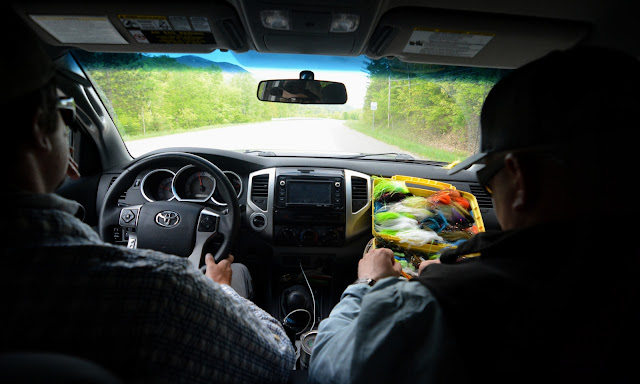 We arrived at the river, sorted gear, assembled fly rods and got into waders.  While Jesse worked out the vehicle shuttle situation, Shawn took a cast into the river and immediately connected with a pike.  He and Jesse followed this with a quick circle row through the falls area while I snapped a few photographs and he came tight a couple more times.  I jumped in and we made another pass against the rocks.  I hucked a long cast at the base of the falls and watched as the fly jerked and moved through the water.  From beneath a large shape moved up and a large maw engulfed the fly.  A few hard runs with the Bandit doubled over and a large pike made it into the net.  This all happened in the first ten minutes of us being on the water.  Damn.  What a start. 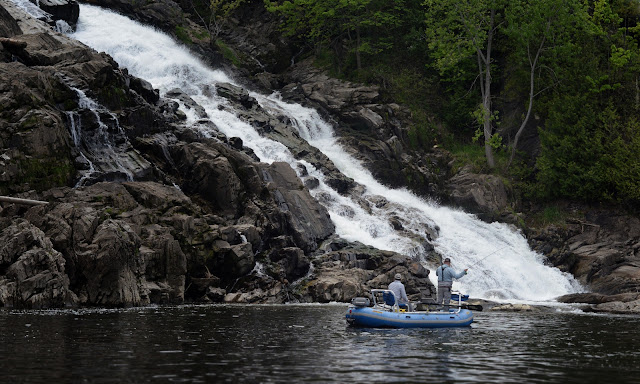 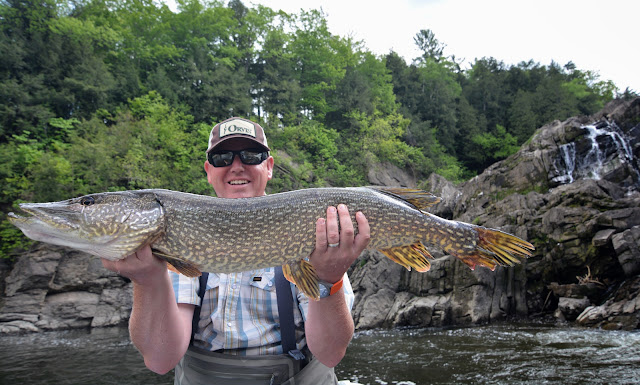 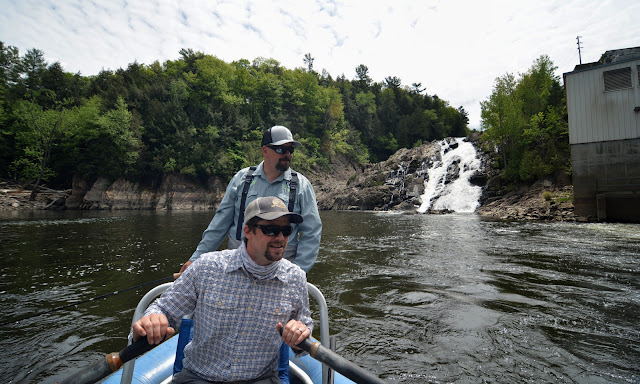 The rest of the float wasn't nearly as eventful as the first few minutes but we found pike in most of the places that they should be.  Jesse has years of experience on this river system and graded the day as tough but I was more than happy.  The first pike made my day and everything else was just gravy. 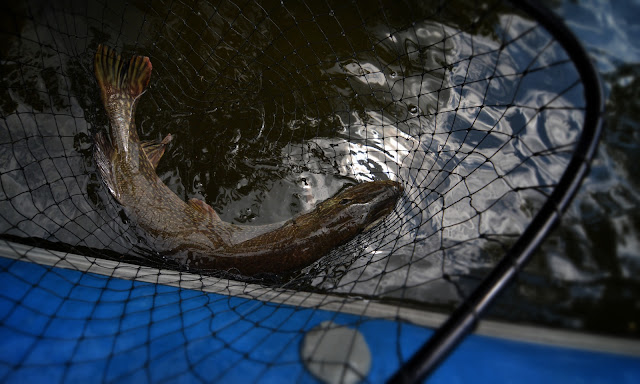 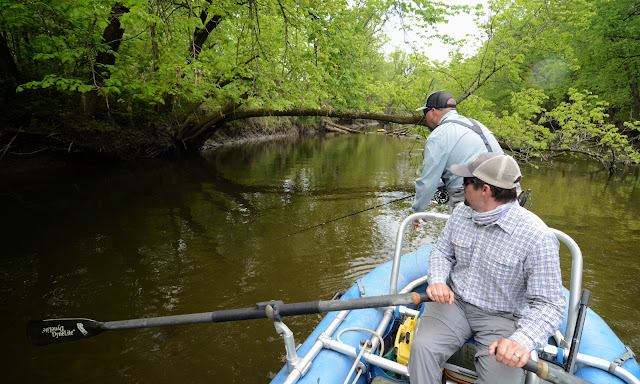 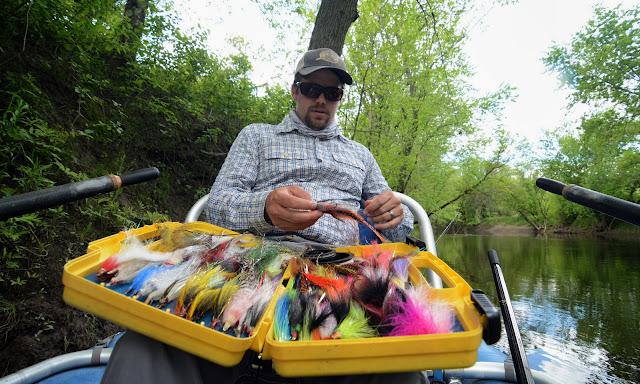 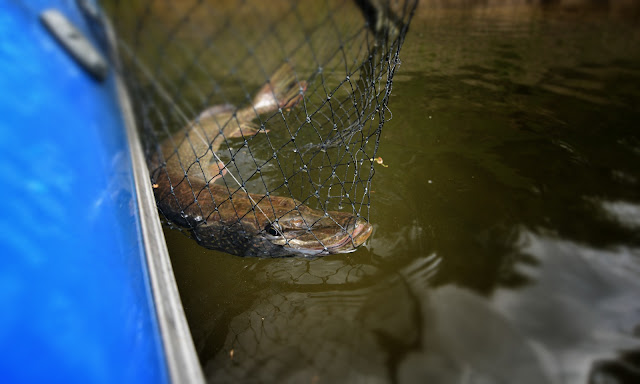 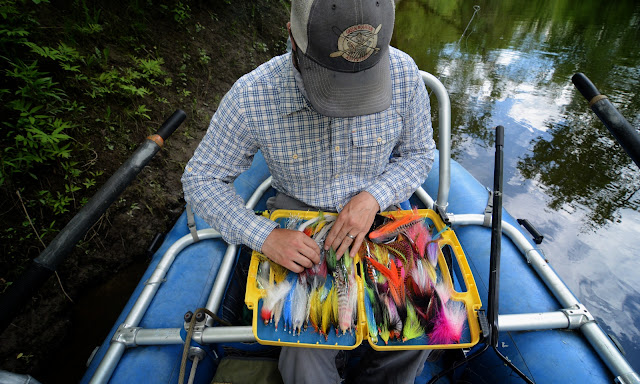 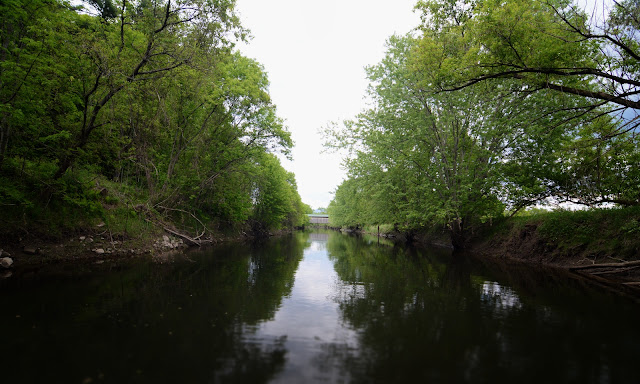 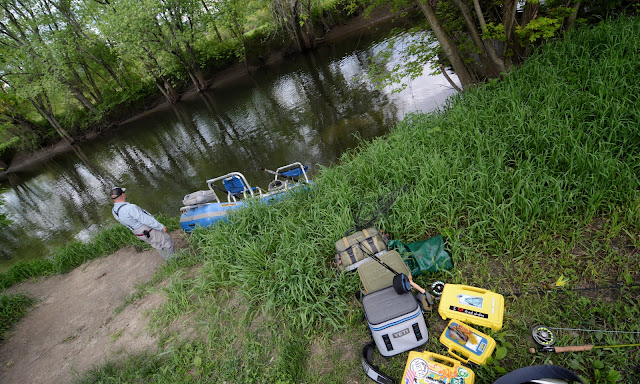 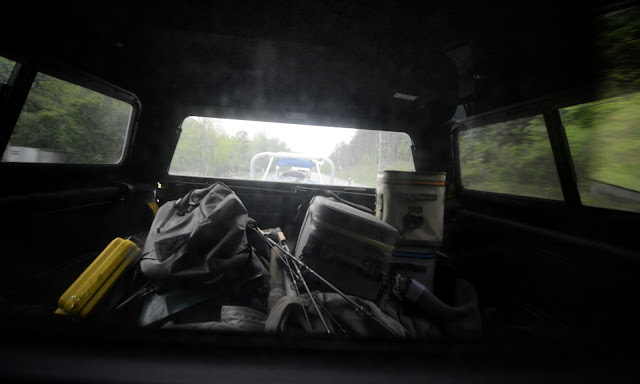 Thanks to Jesse for showing me part of his world.  Floating a slow moving river on a springtime day, flexing nine and ten weights, tossing big flies, and getting a few monster pike eats made for a great day on the water.  I want to do this again.
Posted by Cameron Mortenson at 6:00 AM