A couple of weeks ago I was down in Clearwater, Florida for a work conference and shot a text message to Captain Greg Peterson of Headshot Charters on my last class day to see how it was looking to get on the water the next morning to look around for tarpon.  He asked what I thought about an early start?  Next message was a pin location on a map with the note of be there at 3:00 a.m.  No problem. 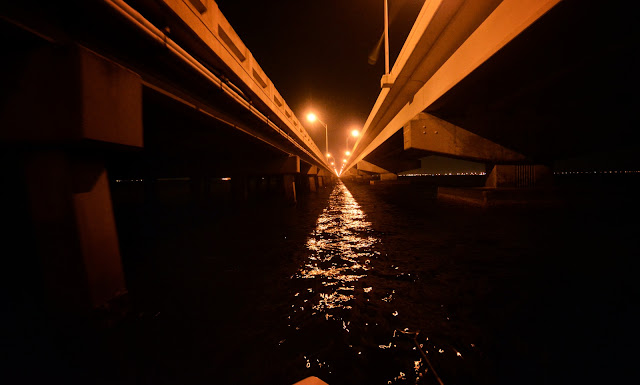 I was up at 2:00 a.m., checked out of the hotel, and set the map to the pin.  I pulled into the meet location and Greg already had the boat in the water ready to go.  Getting out of the car I realized how still it was.  No wind.  The water was flat.  This could be really good.

Greg and I shook hands, I tossed my gear in his skiff and we motored to the first spot.  The game was bridge light tarpon and it's more or less cage match angling.  Tarpon in the forty to over hundred pound weight class cruise the in and out of the bridge shadow line from the street lights above.  Greg would  hold the skiff in place under the bridge while keeping a sharp eye for the dark shape of a cruising tarpon.  The trick in all of this is to cast the fly a couple feet into the lit water and retrieve the fly so that it would past the nose of tarpon on cruise control for the eat. 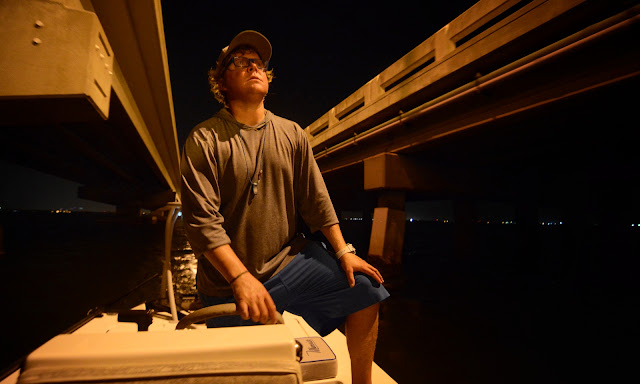 It didn't take too long and I had a great first eat from a tarpon moving right to left.  Fly landed where it should.  The small white baitfish fly moved twice and the tarpon broke from his line to intercept.  SUCK.  Followed by a world class trout set.  Nada.  Gone.  Tough lesson learned.

We regrouped and moved a few lights down to try it all again and it didn't take too long before a tarpon moving left to right came around the bridge piling and immediately began following the fly.  He took and I gave a strip strike followed by a second.  Mayhem and fly line clearing happened all at once and the tarpon left the water a hundred feet in front of us in open water.  That's what we wanted. Keep him away from the bridge and the risk of the fly or fly line getting sliced.

The next few minutes was a give and take of line, the Bandit stayed doubled over and stressed.  A few more tail walks and finally Greg was able to reach out and take hold of the jaw of this tarpon.  I snapped a few shots on the camera and then just looked into that glowing eye.  My first tarpon and it was everything (and more) than I expected it to be. 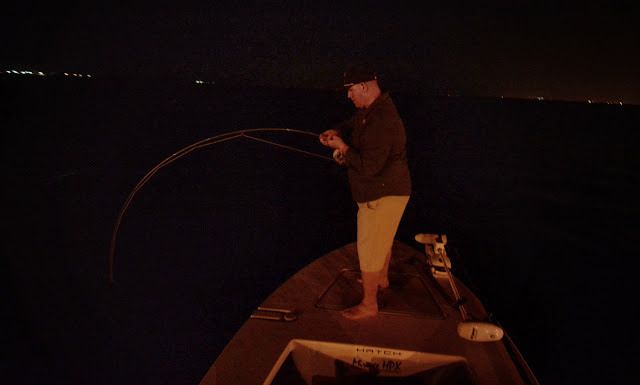 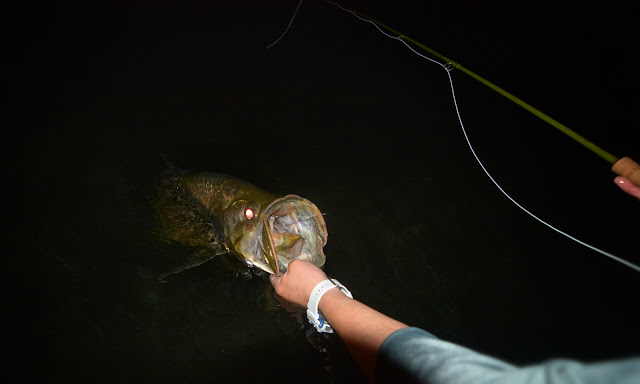 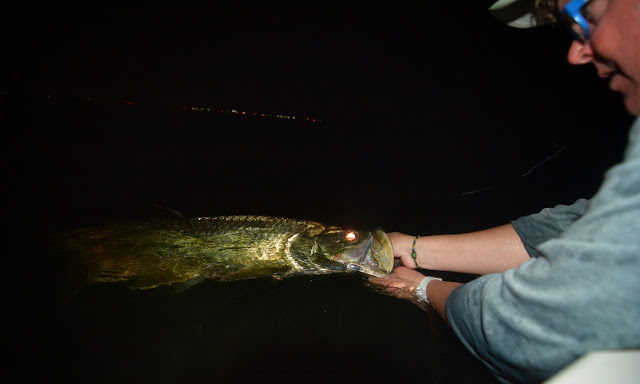 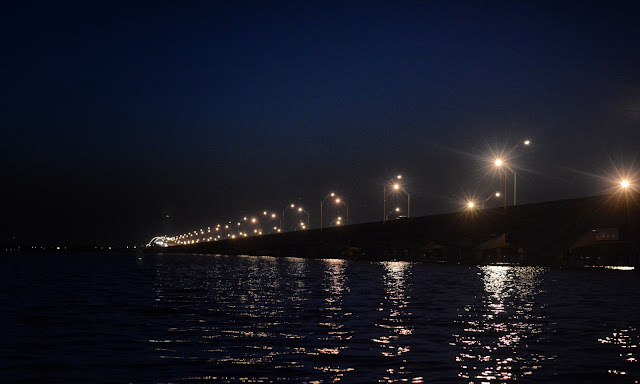 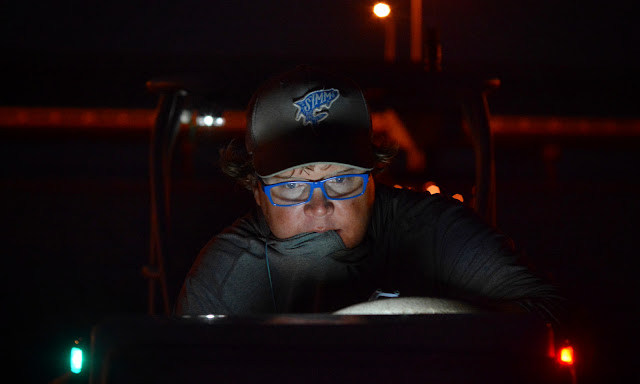 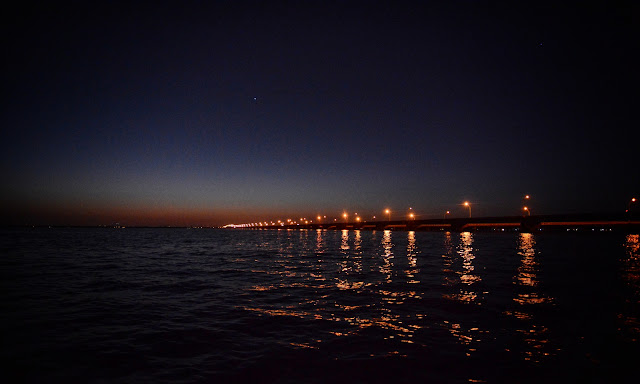 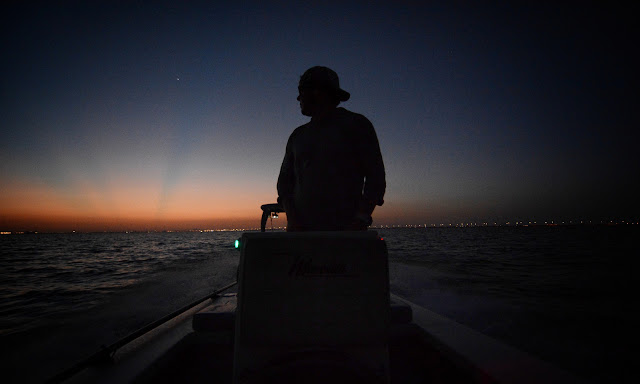 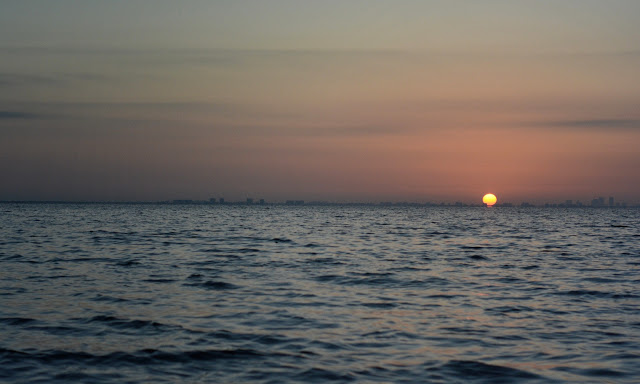 We hang around the bridge until first light and had a few more eats.  Greg jumped up front and had a very large tarpon eat near the boat and swim directly between the bridge pilings, jump a couple of times, and the light went limp.  Gone.  There are few ways more fun than to lose a fish that way.

As the sun was coming up we buzzed around to a handful of other spots in hopes of finding some rolling juvenile tarpon and found a few way back in the mangroves.  Early morning was turning into morning and the tarpon weren't hungry anymore.  We slow motored back to to the ramp, trailered the skiff, sorted gear, shook hands again and I hit the road to home with a smile on my face.  What a night. 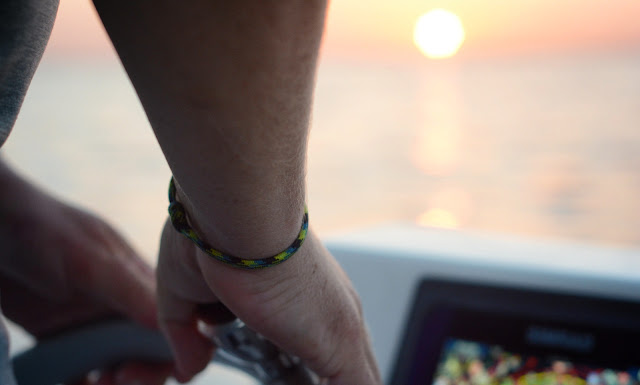 Have Tampa area plans?  Book some bow time with Captain Greg Peterson of Headshot Charters.  You won't regret it.
Posted by Cameron Mortenson at 6:00 AM

Congrats on your first tarpon, that is sweet! Very cool way to target them too, in the bridge lights. So sweet.