KIDS IN THE OUTDOORS - Snacks Rule the World & Other Things

If I know anything from raising two children (who are unbelievably 15 and 11 years old now...) and getting them outside, never and I mean, NEVER, forget the snacks or drinks.  Other than that, my wife and I have followed a rule of not really having any rules for outside play.  I never wanted Hadley or Finn to feel forced into doing something and we usually do it until they were ready to move on to something else.  No reason for either of them to hate something that we'd rather that they would love.

We've also tried to be teachers in what we're doing outside and get them involved.  Part of that has been outfitting our kids with their own gear that they are responsible for and that they know how to use.  Actually, as I'm typing this, there's likely a much longer article I should write on all of this.

Spoiler alert, if you give your child a knife, they will cut themselves.  It's part of the learning process.

Anyways, here's a video and article that you might find helpful... 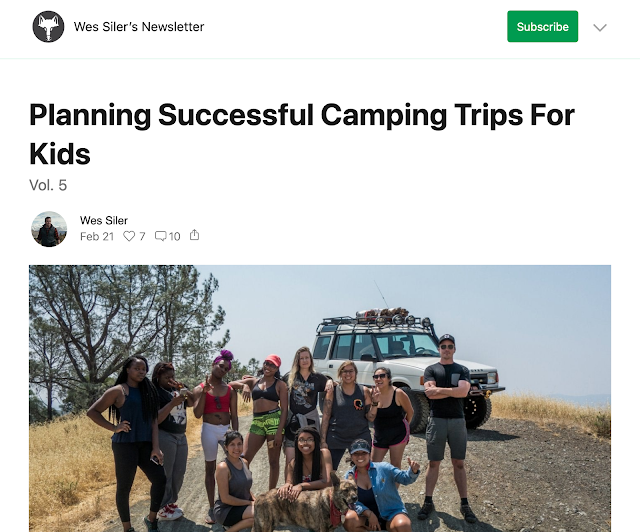 What are your tricks and lessons learned on getting your children outside?