GRAYWOLF RODS - The Making of the NFC Iconoglass 10-Weight

I like new things but I also like to have a reason for new things.  So with the annual trip to Beaver Island, Michigan to cast flies at oversized carp on the flats approaching, it seemed like a great opportunity to demo one of the North Fork Composite Iconoglass blanks that I'd been hearing such good things about.
I've had several conversations with Alex Maslov, CEO at North Fork Composites, about the Iconoglass blank series, his focus on "Made in U.S.A." manufacturing, and how his company can be a driving force for change within the blank making space (and beyond) in the years to come.  I'm intrigued by all of this and watching. 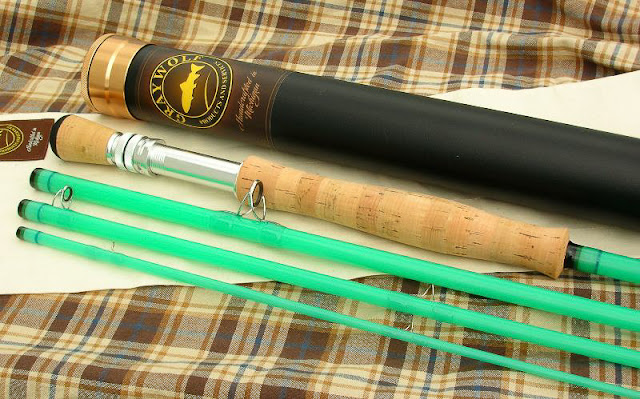 Back to this build.  North Fork Composites was already preparing an order of blanks to be sent to Graywolf Rods and tossed in a 8'6' 10-weight Iconoglass blank in the Cyan color which Shane had agreed to build out for me.  A few days later, Shane sent a text to let me know that the blank had arrived and he was working on it.  Finding reel seat hardware that fit around the butt section of this blank took some time and everything else in the build fell into place shortly after.
I asked Shane to chronicle the build with a few photographs as I always enjoy a look behind the shop curtains.  I figure that you do as well.  Start scrolling down... 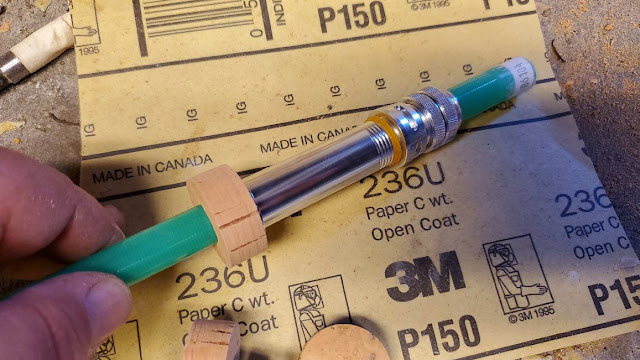 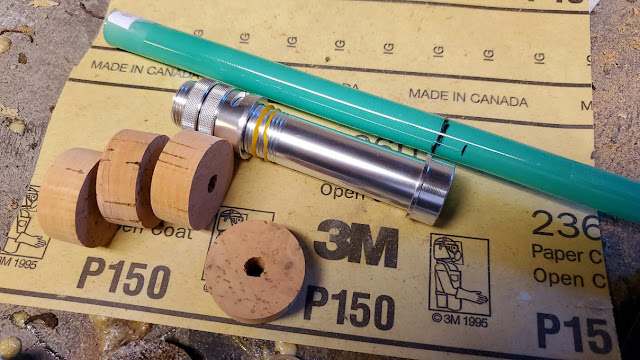 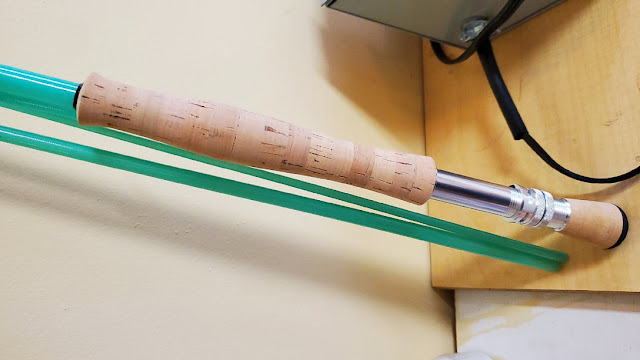 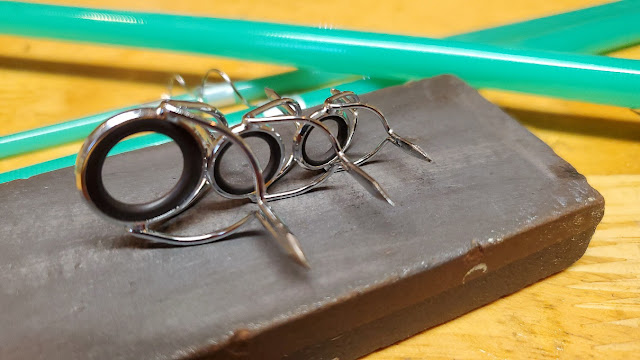 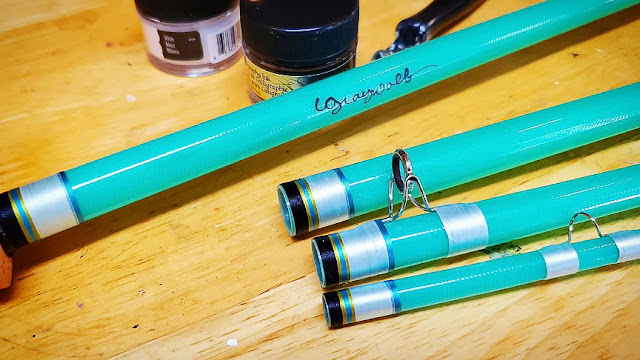 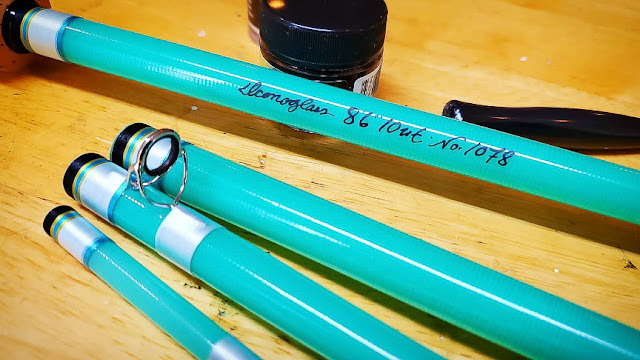 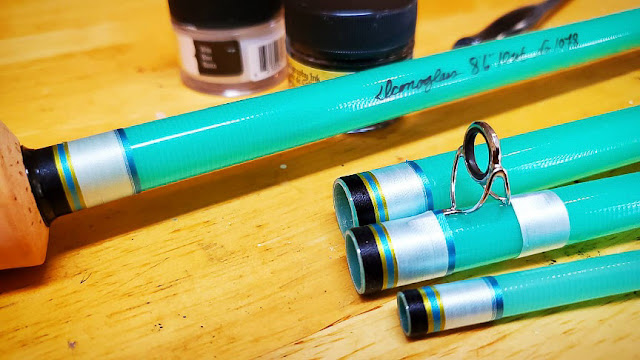 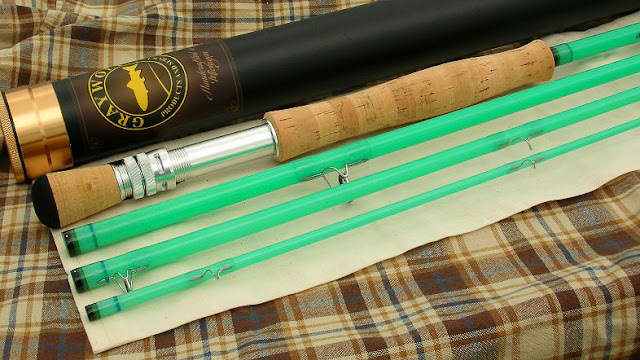 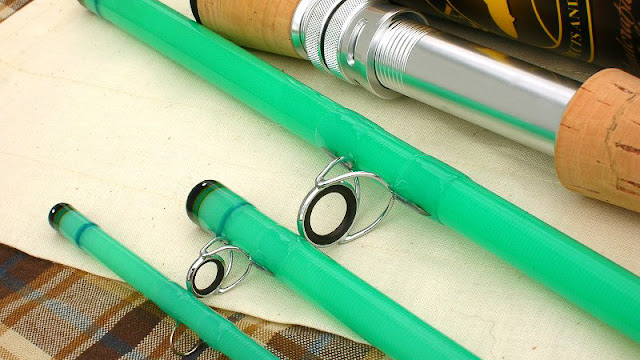 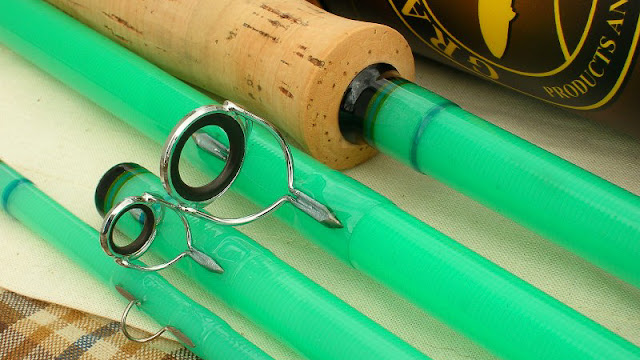 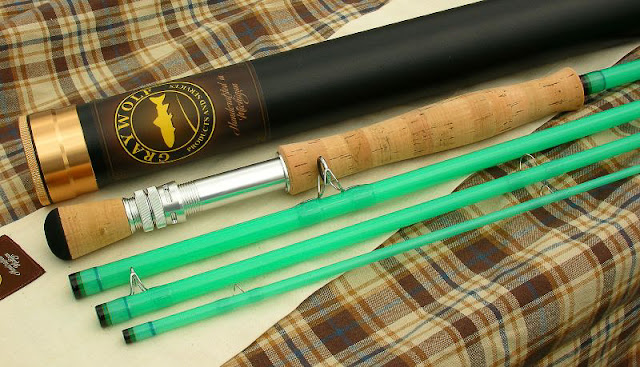 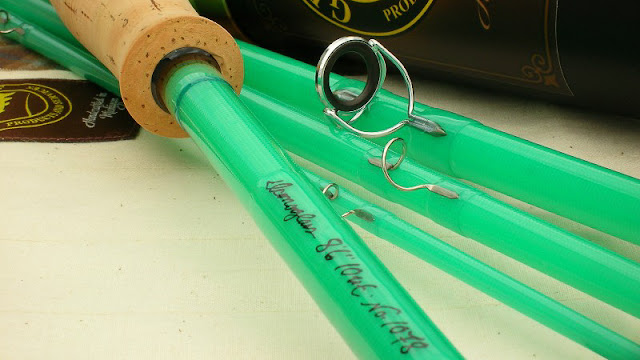 In short, the build turned out beautifully (Thanks, Shane) and it performed beyond expectations.  There is A LOT of power in this blank and it bombs out long casts with ease.  This will be in the rod case on all future big fish trips for sure.

I have a real soft spot for short heavy line weight fly rods and do wonder what a 8' version of this blank would feel like as it would likely cut some weight.  But would it sacrifice power?
I tried a few fly lines on this 10-weight and it handled both the S.A. Amplitude Smooth Titan Long and
RIO Winter Redfish fly lines great.
I'm not sure when the sale will end but North Fork Composites still has the Iconoglass blanks on sale for $75 each with free shipping on orders of $200.  They are currently making several models in this line up from a 7'6" 4-weight to a 8'6" 12-weight.  If the 10-weight is any indication, and I believe that it is, this is a TON of fly rod blank for the money.  Build it yourself or have a custom fly rod builder do the work.
Check out Graywolf Rods as he always has something new going on at the shop and follow along on Facebook and Instagram for the latest news or available builds.  The For Sale page always has some interesting builds listed on it that you might want to break your piggy bank open for...
Posted by Cameron Mortenson at 6:00 AM