Making the Membership of the Mulberry Carp Club

Over the years, Shawn Combs of The Orvis Company has spoke in hushed tones about their few summer weeks when mulberries are dropping into the river and their local carp scarf them up.  He would always offer that if I could ever make it up, I might be able to join the ranks of their somewhat and loosely "exclusive" Mulberry Carp Club.

The timing of this "hatch" falls right around when I'm in Michigan on the yearly junket to Beaver Island and last summer instead of driving straight home to South Carolina, I pointed the 4Runner east landing in Manchester, Vermont after a full day behind the wheel.

Trips to the Orvis "mothership" are always a good time to catch up with everyone, see behind the curtain on what fly rod, reel, and gear projects are being worked on, and I get to sit in the front seat of a few different boats or rafts seeing their locals waters.  Vermont, and the surrounding states, have a ton of great angling opportunities and carp eating mulberries is just fun. 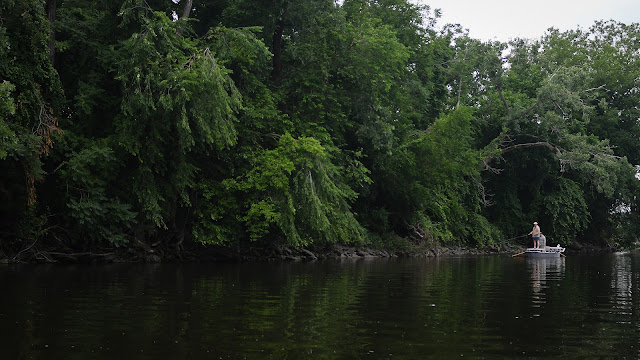 We had a couple days on the water and I split my time between fishing with Shawn's driftboat and Drew's raft.  We found quite a few carp, along with loads of bullhead catfish, along the edges of the river beneath the mulberry bushes.  We had to be careful when casting to a carp that a catfish didn't move over to take the fly instead.  Few things are as frustrating as getting blocked out by an overeager catfish when a twenty pound carp was moving towards the fly.
While on the water, Shawn and I talked about the next generation of Superfine Glass (which is out now), Tom Rosenbauer and Tyler Atkins showed up with a canoe poking around the edges with us, and we all ended up catching a few carp.  Good times.
And, if you have this idea that the folks at Orvis are stuffy, pipe smoking, stuck up trout snobs, you'd be so wrong.  This crew, including the esteemed Mr. Rosenbauer, are total carp nerds. 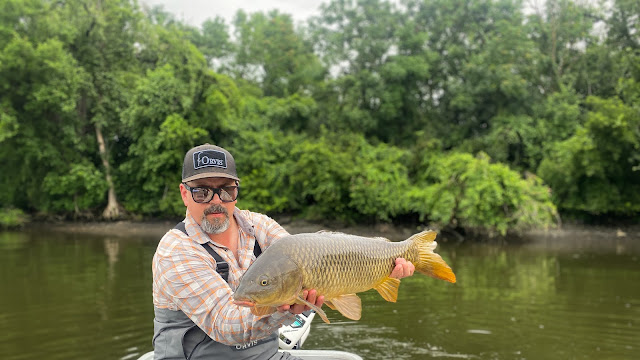 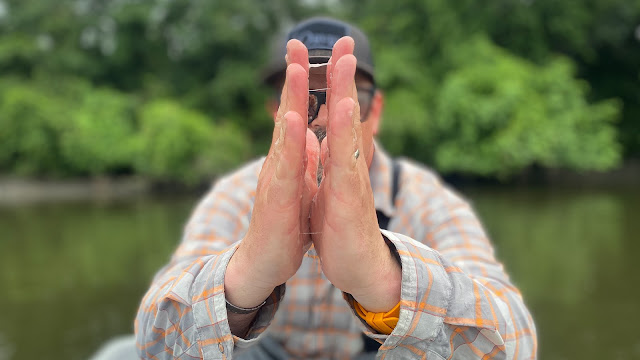 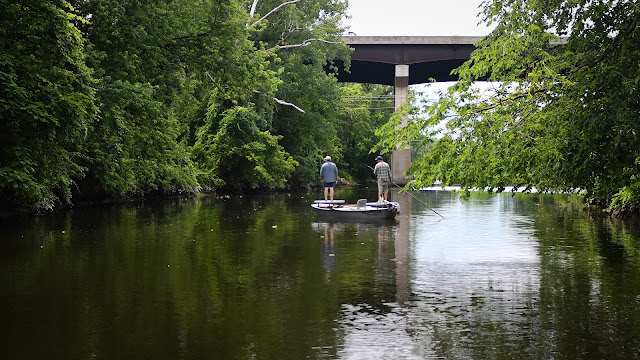 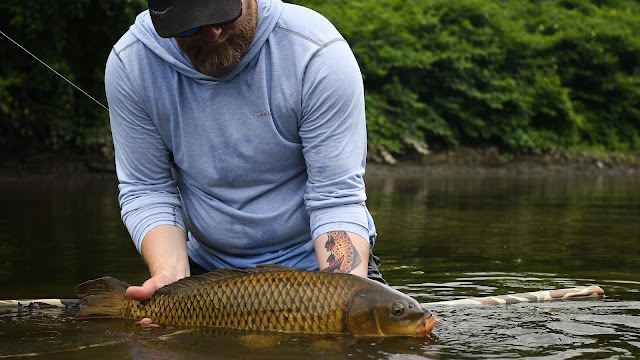 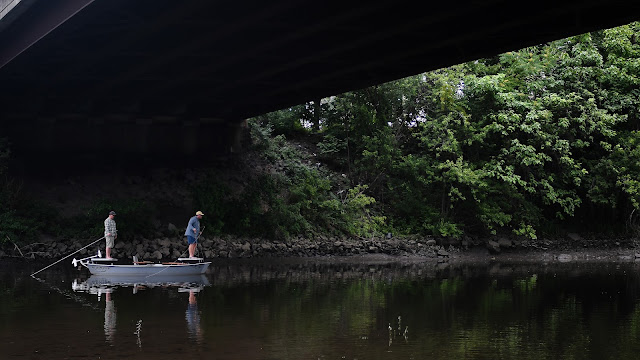 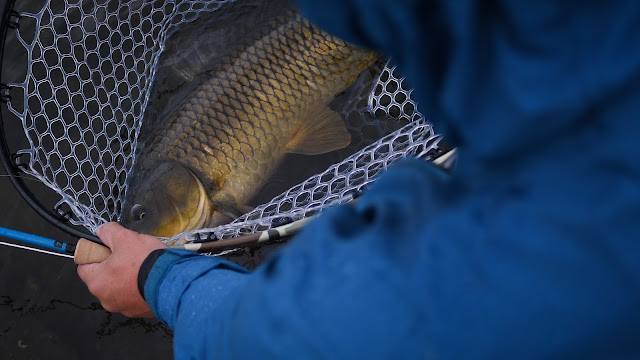 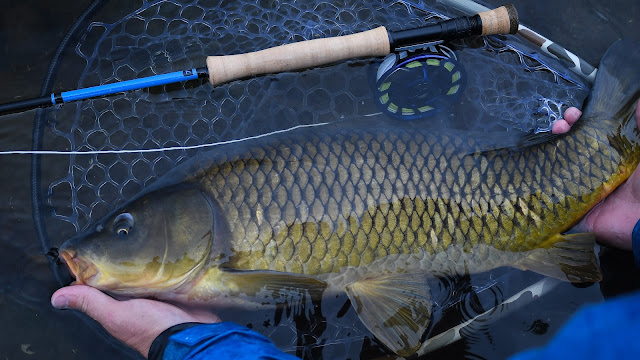 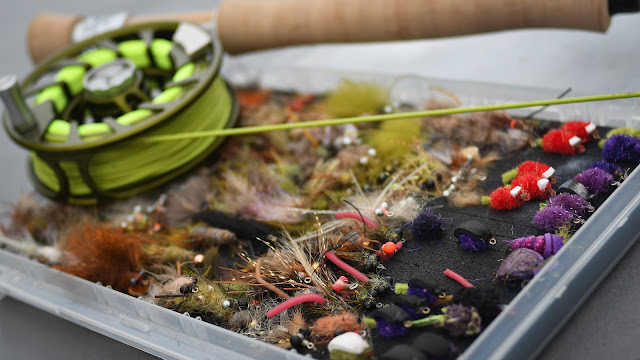 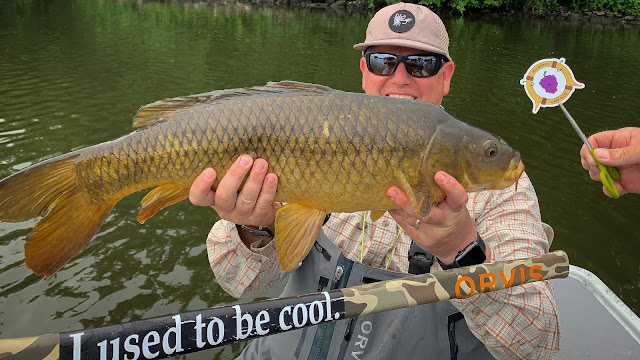 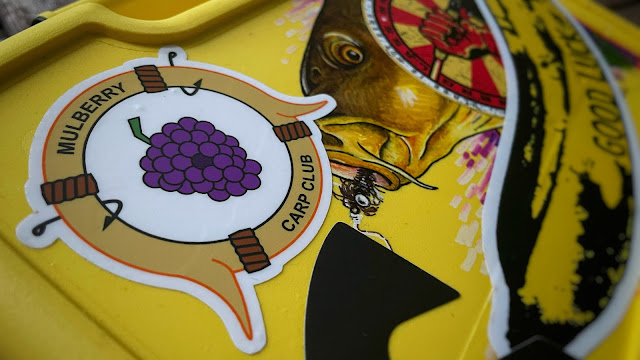 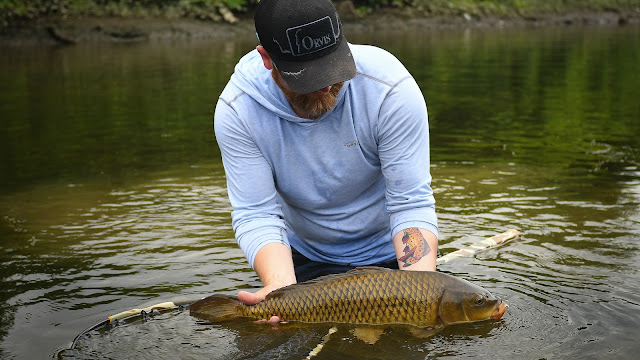 So, I made the Mulberry Carp Club and have a sticker to prove it.  It added another 30 hours of driving time getting home but was totally worth it.  Hanging out with the folks at Orvis is always a stellar time.

Posted by Cameron Mortenson at 5:00 AM