I guess with all the excitement of our newborn son, Finn, arriving a few weeks ago I forgot to mention that the "Brook Trout" series oil painting which was done by A.D. Maddox arrived. What an exciting day it was to receive a large well packed box sent from her studio in Jackson, Wyoming. 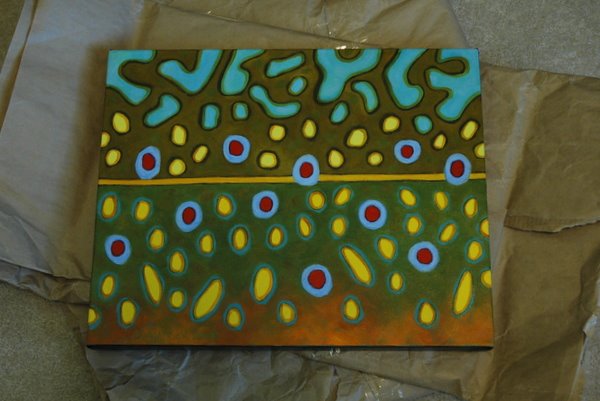 (Unwrapped and ready to hang on the wall in Finn's bedroom)

A.D. Maddox's oil work is really impressive and I could not be happier with how it looks now that it's up on the wall. 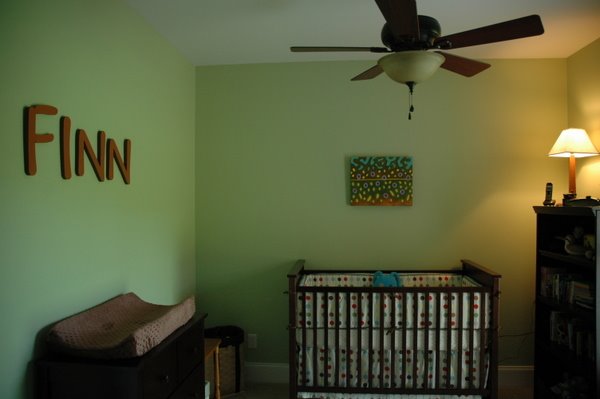 I can't think of anything more visually stimulating for the growing mind of a newborn than to see the swirling and vivid colors of this painting as he gazes up from his crib bed.

He may have a natural unquenchable urge to chase brook trout from the blue lines of the the upper elevations of the South, the hallowed rivers of Northern Michigan, or the backcountry of Canada, but there are certainly worse afflictions for a young man to have.
Posted by Cameron Mortenson at 8:00 AM

Beautiful. I might have to get one for my own bedroom. Ahh, sweet dreams of trout!

EVERYONE that is inspired by trout should have a A.D. Maddox at their house!

AD...there's more. A couple Yuhina pieces are in the room as well. This boy is already quite the collector!

Fantastic! Lucky little guy for SO many reasons!

Amazing art work! So stoked for ya Cam and fam.