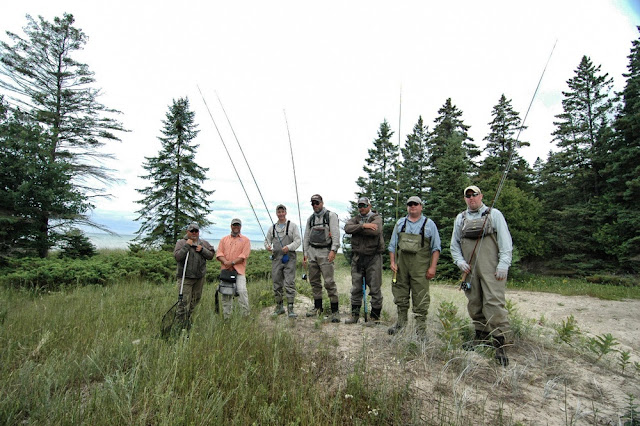 In all we hiked six miles or so, hopping up on rocks to spy possible fish, and then walking some more.  A few carp were seen but it wasn't until the clouds broke, and stayed broke, in the late afternoon that we finally were able to visualize carp suspended in the waves.  These fish were in the chop, always moving, and getting a fly in front of their face at the correct level, with a strong wind blowing in your face without screwing up your cast, was more luck than skill.  In the end none of us touched a fish and only a couple of us even got a follow.  Damn. 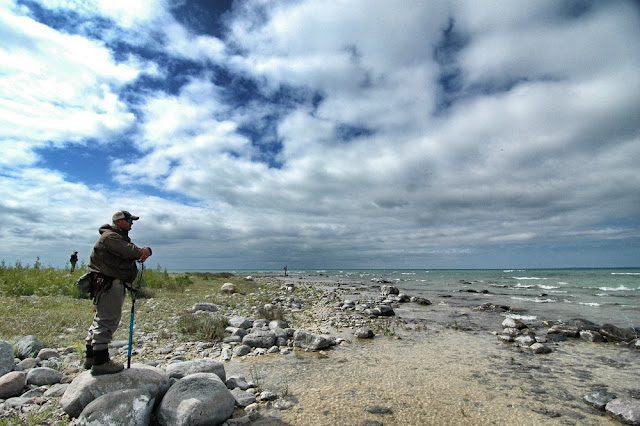 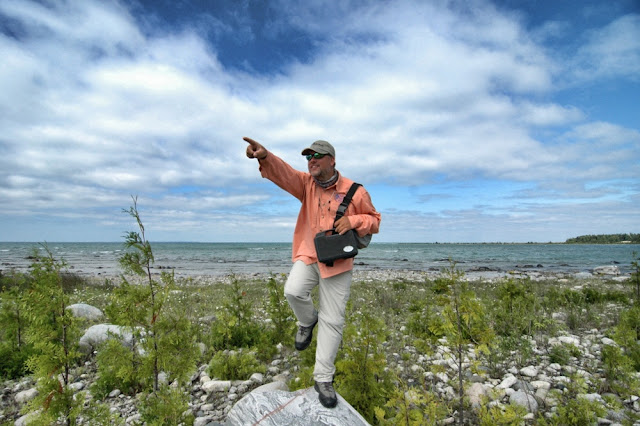 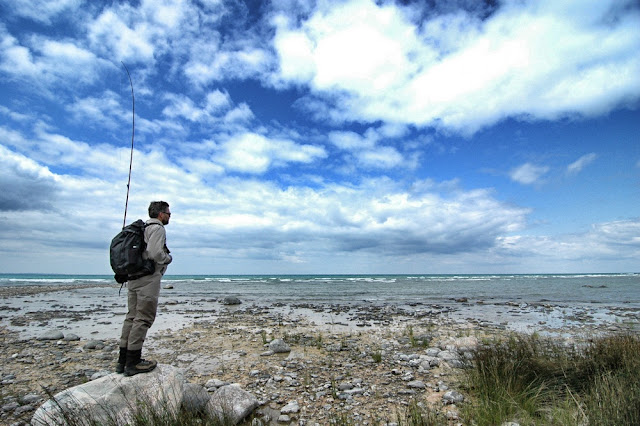 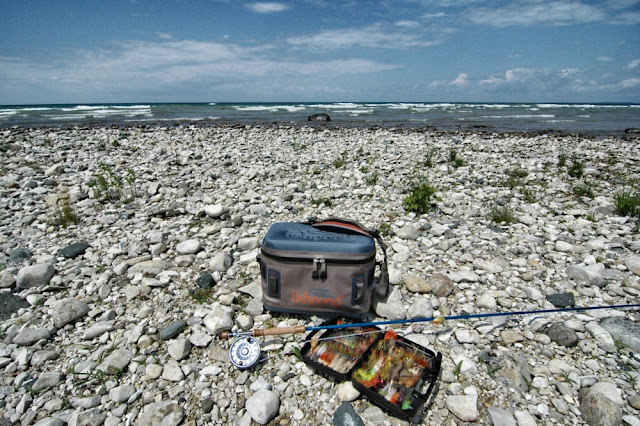 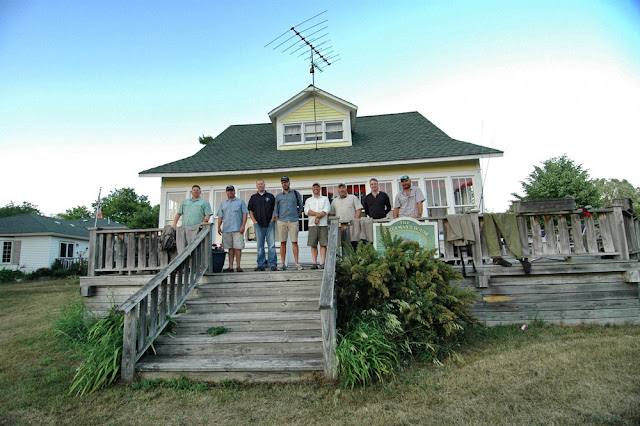 So last night wrapped up this trip for the most part.  Bags are packed and in a few minutes we'll enjoy our last breakfast at the Dalwhinnie Bakery & Deli.  A few of us are staying over today to fish since conditions have improved and Kevin and Austin don't have another trip planned until tomorrow.  Fingers crossed we can finish big.