Since early this spring I've spent quite a bit of time with my Swift Fly Fishing Epic 686 which was built by Shane Gray of Graywolf Rods.  I had been looking for a six weight with an amped up taper to cast big bass flies, streamers and terrestrials for trout, and maybe even do some light saltwater work as well.

Though I've had the Epic 686 on the family pond for the past couple months, it wasn't until I made the recent trip up to Beaver Island that I was really able to put this fly rod through it's paces.  Standing on the front deck of a boat, with large smallmouth scattered across the flat, was the perfect proving ground for this fly rod and it undoubtedly passed with flying colors. 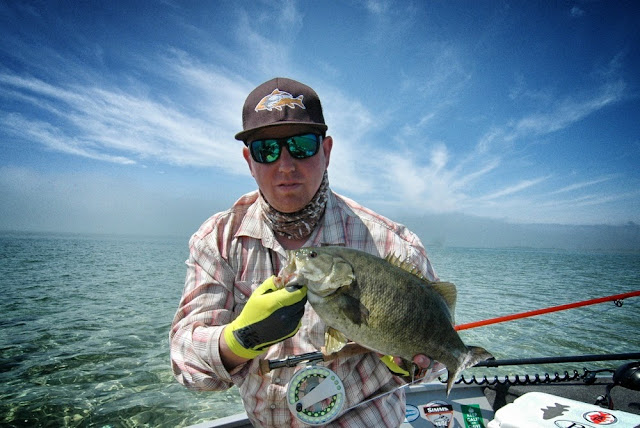 I don't pretend to be any kind of accomplished caster with a fly rod.  I can put all the mechanics of a back cast and forward cast together for passable casts but you won't ever see "FFF Certified Casting Instructor" under my name.  That said, the Epic 686 is (f#$%'ing) magic in my hands.  This fly rod is responsive, quick to load, and a powerhouse that lays out very long accurate casts with relative ease.

On the second day fishing on Beaver Island, the sun finally was able to burn through the dense morning fog, and we had several hours where groups of several to over a dozen smallmouth would move across the flat from shallow to deeper water together.  Being able to drop a large weighed fly in front of laid up or cruising smallmouth that were 50' to 70' out with just a couple backcasts was amazing.  This was way less about my skills and way more about the capability of the Epic 686.  I am beyond impressed. 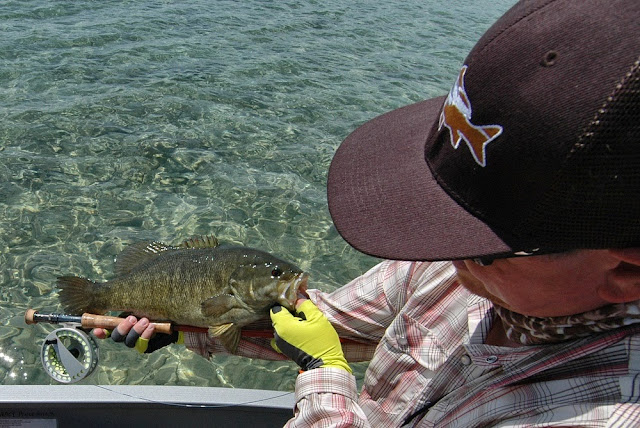 I realize that not everyone is looking for a fiberglass fly rod that is considered "fast" in action.  In a lot of ways it goes against why most of us fish glass in the first place, but if you are looking for a fly rod to huck over sized flies, fish big water, and handle large fish than the Epic 686 should be highly considered.

All that said, Swift Fly Fishing calls this "FastGlass" and they are right, but this isn't "fast" in graphite terms.  This fly rod still has all the qualities that make fiberglass really great.  This taper is full of power and has an abundance of feel.  Let the fly rod do the work and don't be surprised if you see your backing knot move through the tip top when casting this fly rod for distance.

PROS
- Unbelievable power and capability.
- High quality blank construction.
- A host of vivid blank colors to chose from.
- Build your own or have a Epic Rod Builder do the work.

CONS
- Price.  Spending upwards of $300 on a blank is never easy.
- At this time Epic blanks are only available through a limited number of online dealers though that number is increasing. 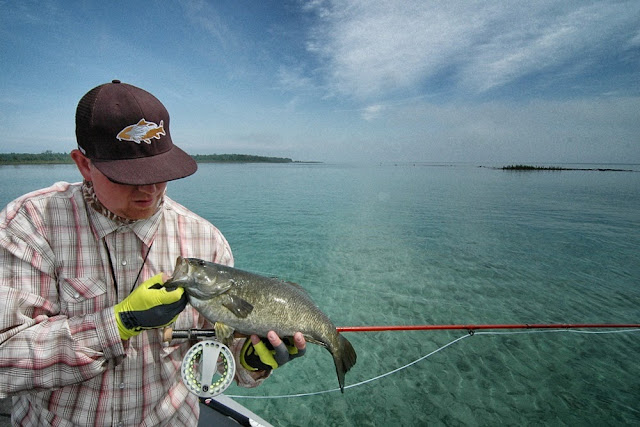 thanks for the support. FREEwt. on the way.

What a great post! Outstanding photos as well. A faster glass rod is very intriguing...

I own an Epic. It was originally the fastest replacement rod I could get as I broke my Loop Cross S1. After trying the Epic, I haven't used my Loop since. Word of warning....do not buy a Loop product, the customer service is horrendous and they have 0, that's right 0 replacement blank sections. I had to have Bob at Lord of The Streams strip the factory finished section and re finish to match my custom S1. Both Swift (Epic) and Bob of lord of The Streams are outstanding. Don't hesitate, enjoy the fast glass and leave all the brittle graphites to the guys that buy for name only. Did I mention that the Epic is nearly indestructible?

I'm about to put together my Epic 476. This review and comments are very encouraging. Thanks