This Guy...And The Bandit

Right before leaving for a long weekend in Charleston a few weeks ago, a package arrived from New Zealand from Swift Fly Fishing with the much anticipated Bandit inside.  It was perfect timing as I had a date with a shark just a few days later and the Bandit (fortunately) whooped it in the end.

I thought I would circle back to the making of the Bandit and highlight the work of Trevor Bourne who was brought on staff of Swift Fly Fishing earlier this year as "Master Rod Maker".  You may remember Trevor from this out of this world Epic 580 build from late last year.  It ended up being a job interview in the wierdest sense and soon after Trevor was off to New Zealand with a new job.  How cool is that? 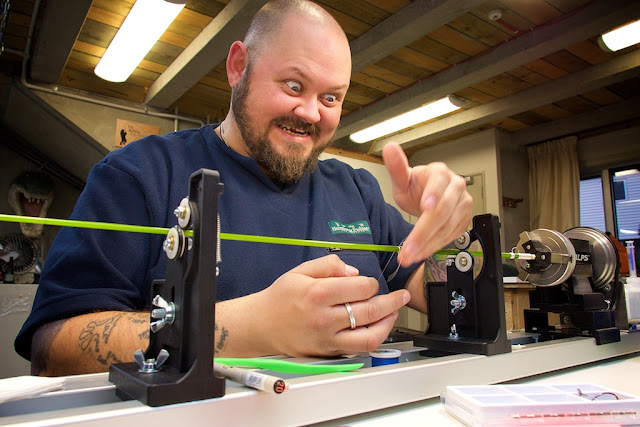 This short bio on Trevor first appeared in the Swift Fly Fishing newsletter...

"Who is this man of intrigue & mysteriousness?

Why it’s none other than our new Head Rodmeister Trevor Bourne.  Trevor is responsible for the fantastic Epic fly rods you see appearing in places of prominence all over the world.

Our Master Rod Maker, we found Trevor languishing under a Pork Pie in the UK and quickly extracted him back here to the land of Milk and Honey. 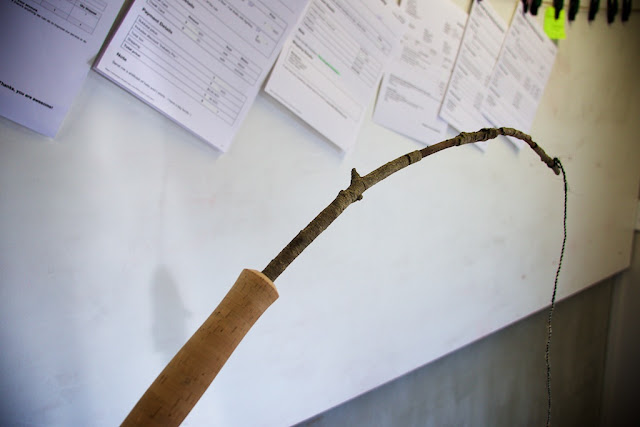 Carl and Trevor had a little bit of fun in teasing this build on social media and I'm not sure Ol' Woody could  have handled Mr. Shark.  I'm glad that they sent the Bandit instead.

Every aspect of the Bandit build was just flawless and Trevor went all out with Titanium strippers (with Japanese SiC inserts) and YLI silk ghost wraps with signature one turn trim mid foot.  A beautiful beast.

I've spent a ton of time with the demo Bandit that I had for the past six months and it's been all over the place with me.  I wasn't so sure that a short ten weight would get much use but it's quickly become one of my favorite go to fly rods for all the big fish big fly trips from carp to redfish to shark.  This stick has a lot of tricks.

The Epic Rod Tube in natural glass looks impressive online but in hand these rod tubes are lightweight and so good looking.  I typically don't get overly geeked about rod tubes but these are exceptional.  Your Epic deserves one.

Enjoy a few more photos of Trevor hard at work and the results of time in the rod shop. 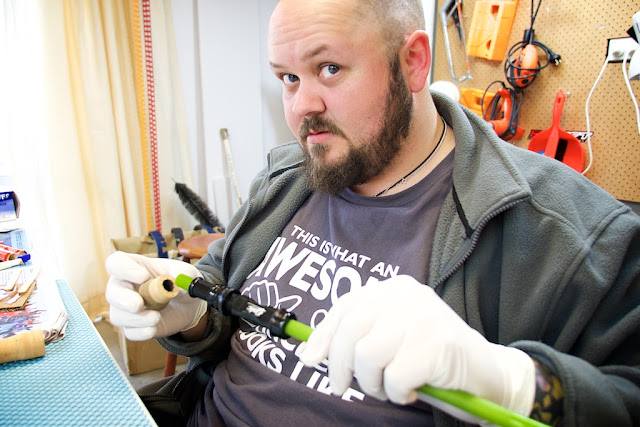 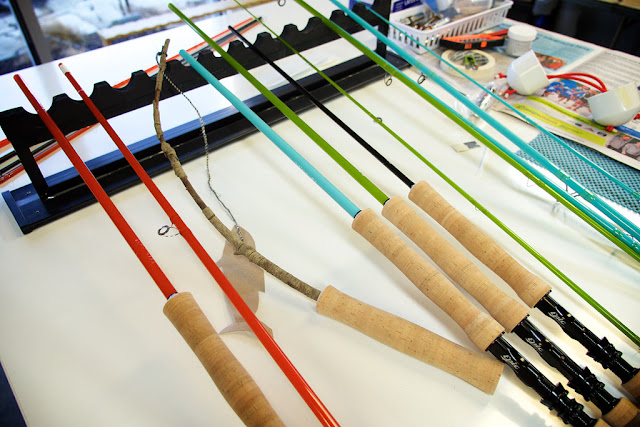 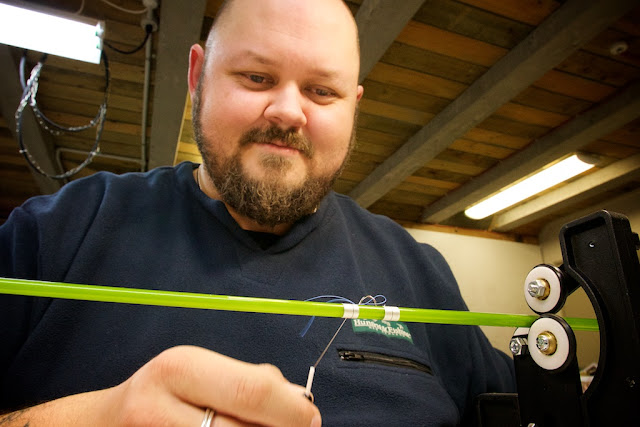 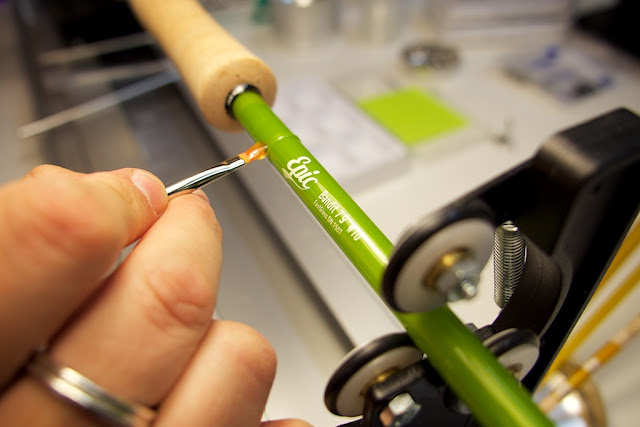 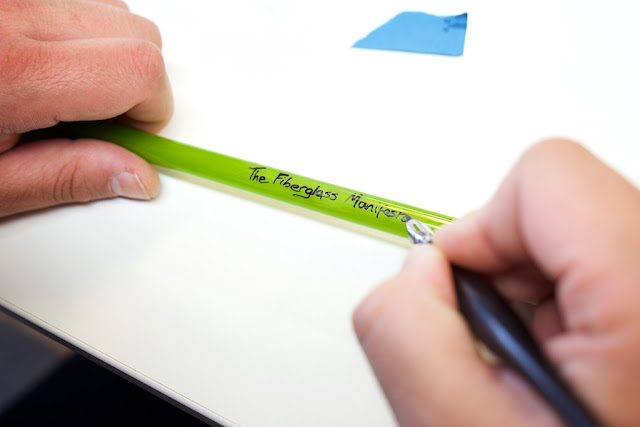 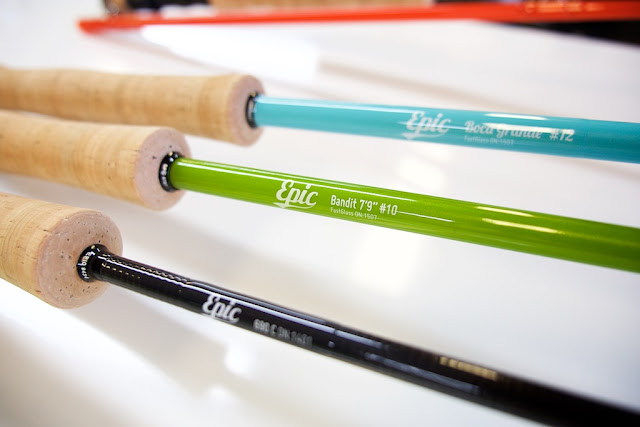 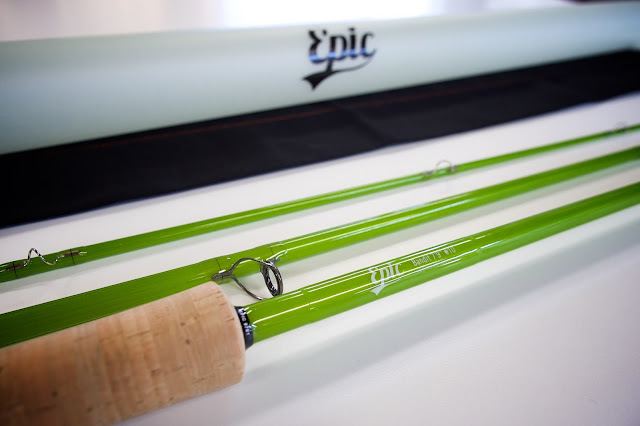 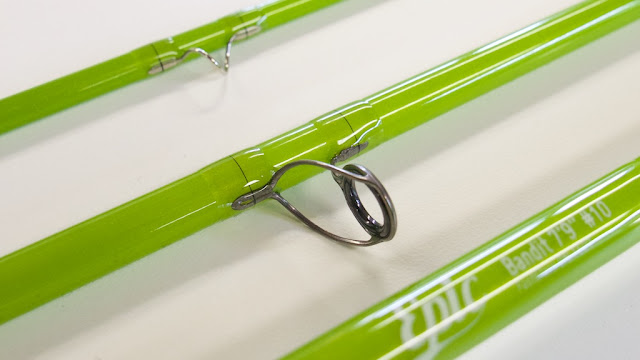 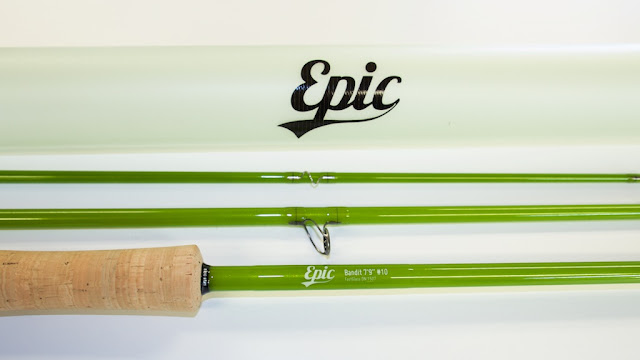 Trevor...thanks for all your hard work on this build.  It is a much cherished (even if I already abused it) fly rod in my ever growing collection.

Visit the Swift Fly Fishing Blog for their take on the Bandit build which provides more on this build.

Want your own Bandit?  You can pick one up as a Blank, Ready To Wrap Kit, or let Trevor have at it with a Studio Built Fly Rod.  You won't be disappointed any way.