Some time back I mentioned that we had been on a Spring Break Road Trip Redux and I know that it's been quite a delay to roll out the follow up posts but everything that I was going to talk about makes as much sense now over summer break as spring break.

Our trip started by flying into the Ontario International Airport and I'll say it now that anytime I need to get to southern California, ONT will be my preference.  It was easy in and out with zero hassles.

This was planned as an eight day trip that was broken into three specific parts that started with a swing through a handful of national parks.  We saw the desert, the mountains, and everything in between on our 500 mile trek between the parks.
Two suggestions in your own trip planning if hitting up a bunch of national parks is to take advantage of your 4th grader with a free parks pass with the Every Kid Outdoors initiative or check out the many different annual passes that are available through the National Parks Service.  A few years ago we did another national parks road trip when Finn was in 4th grade and the Every Kid Outdoors pass sure came in handy.  Otherwise the $80 annual pass isn't a bad deal at all considering the access it gives you.
JOSHUA TREE
I've been to some weird places but Joshua Tree National Park will likely always rank up there as an immense landscape that was tough to fully comprehend.  The rock formations, desert life, stars galore, and endless Joshua Trees covering the landscape made for some amazing vistas.

The children couldn't get enough of climbing on the rocks and we followed along to a few places that mom and dad were going to get out of.  I had a few scrapes on my knees and legs that were a good reminder over the next few weeks that maybe I'm not as "agile" as I once was...

I'd suggest getting into the park early as it can sure heat up by afternoon.  We were back at our funky Airbnb in Twentynine Palms for a soak in the small back porch pool by mid-afternoon. 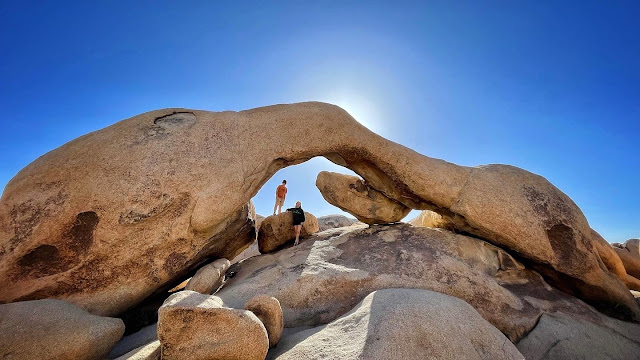 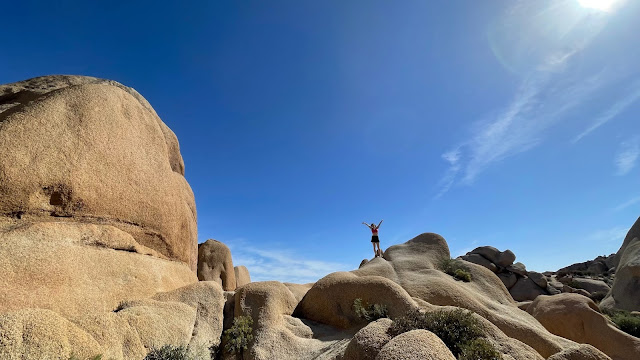 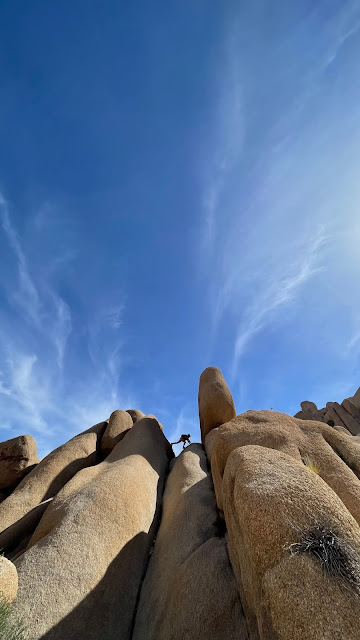 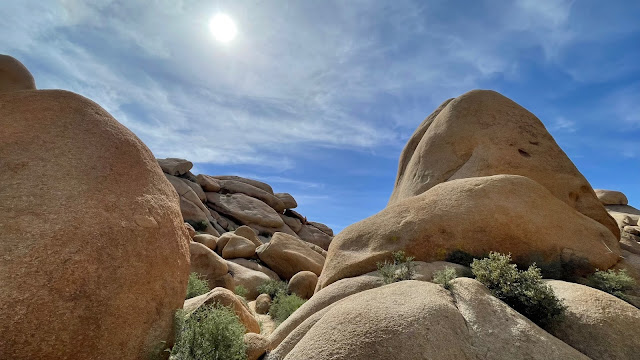 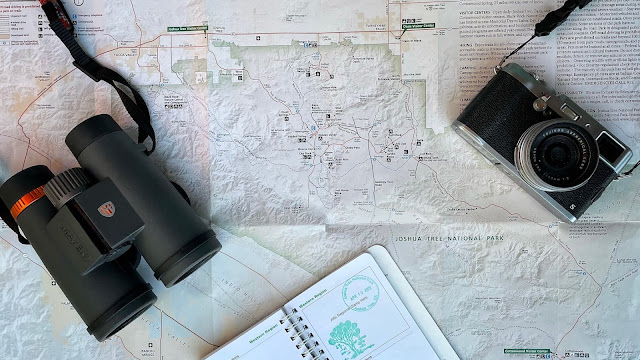 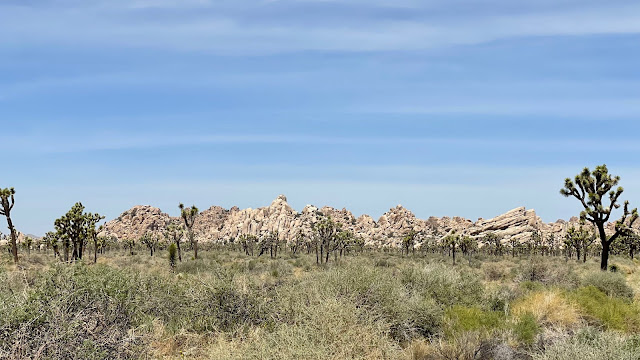 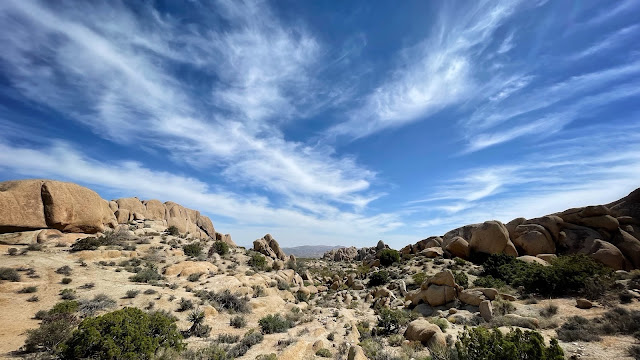 SEQUOIA & KINGS CANYON
We left Twentynine Palms right after breakfast knowing that we were going to be on the road for awhile to get up and through Sequoia and Kings Canyon before heading over to Turlock to stay with my aunt that night.  We were tracking on the weather as snow was likely at higher elevations.

As we began climbing up from the park entrance in Sequoia, we watched as the temperature reading kept ticking down from the low 50's to the mid 30's and a light rain turned to sometimes heavy snowfall.

I am always in awe of the big trees and they are tough to even comprehend unless you're there standing near them.  To be in a forest of sequoia or redwoods is always an experience.  The snow this go around was a nice added touch.

We didn't see much of Kings Canyon this trip as the overlooks were fogged in heavy and we needed to get out of the park (by way of a In-N-Out Burger) to where we were staying that night. 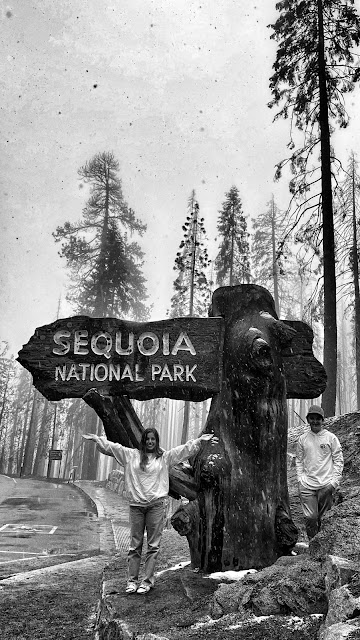 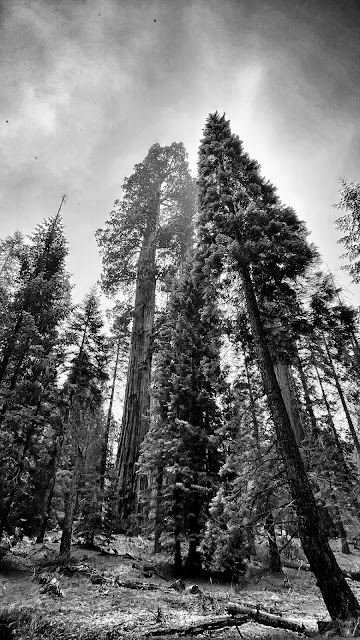 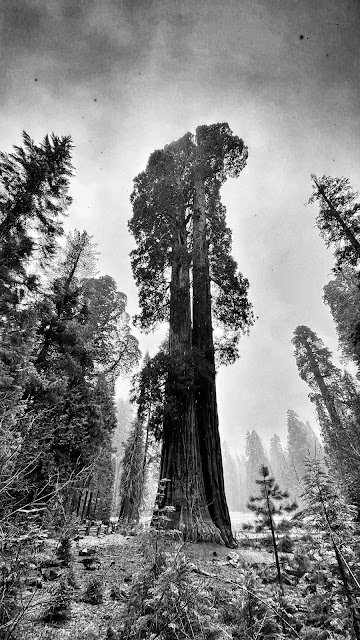 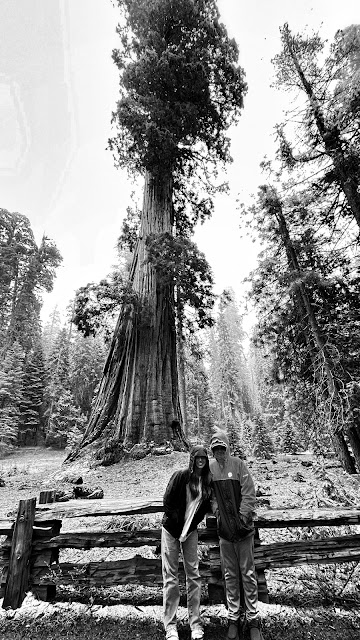 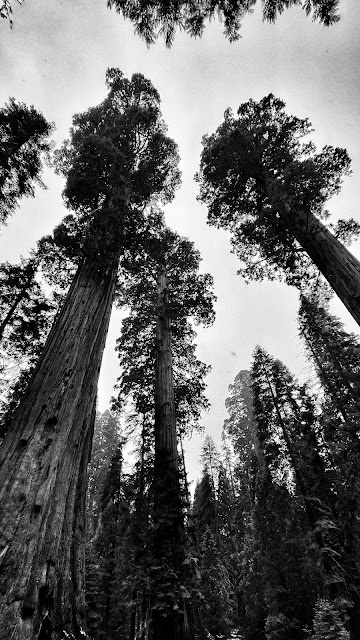 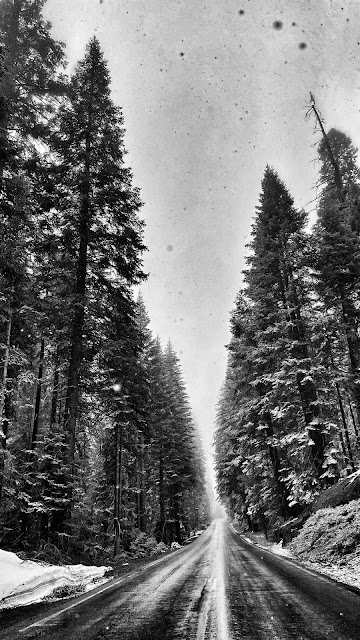 YOSEMITE
I'm going to say this here as a reminder to myself the next time we are planning a trip to Yosemite that you really need more than just one day in the park.  Preferably several days, if not a week.  We were able to do the loop through Yosemite Valley, had a great picnic lunch, and the kids did their traditional jump into the Merced River for a quick swim.

And of all parks we did on this trip, it was certainly the most crowded as everyone else was on the main loop as well.  It was spring break and we weren't the only ones on family road trips.

At some point we want to get back out there again for some off the loop adventures and hikes.  There's a lot more to see in Yosemite that we just haven't had time for yet.

Lastly, it's tough to beat the "Tunnel View" where El Captain, Half Dome and Bridalveil Fall which was a good way to say goodbye to this great place. 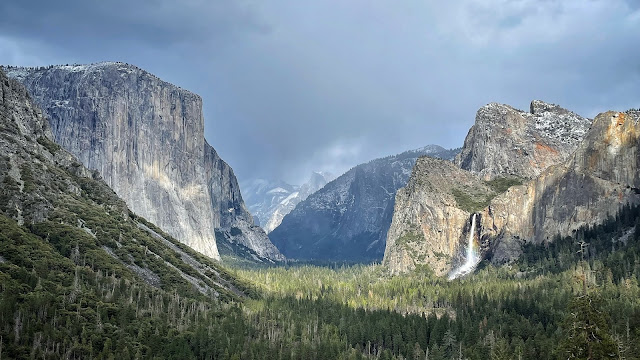 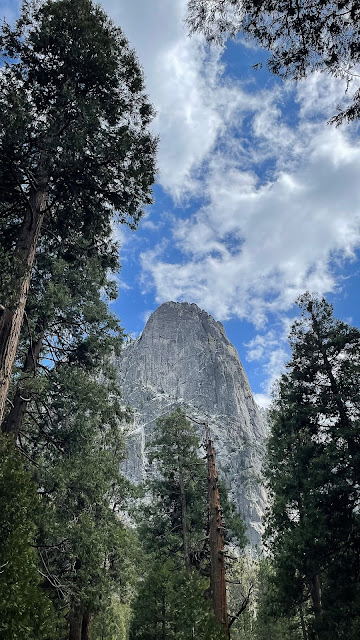 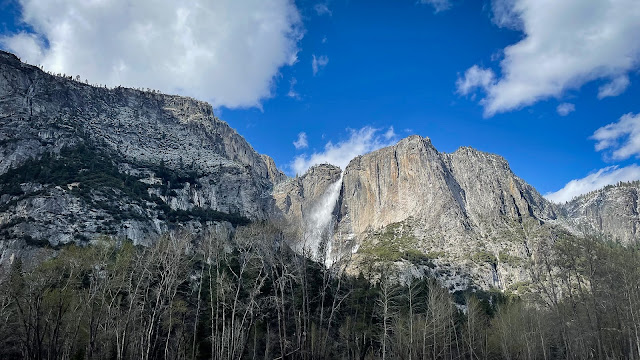 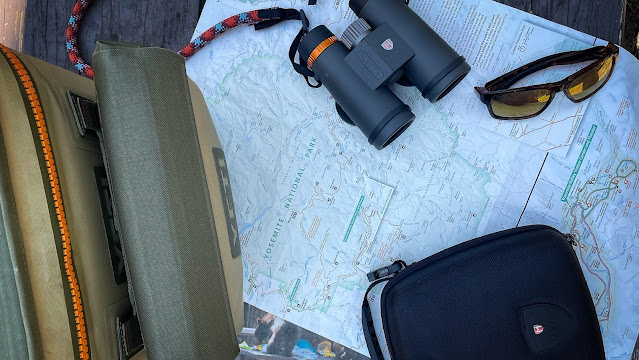 Leaving Yosemite meant that our national parks portion of the trip was over and now we were looking forward to a couple days of golf and seeing some new areas we hadn't been to before.  More on that in the next post...